Al-Jazeera America to shut down Tuesday 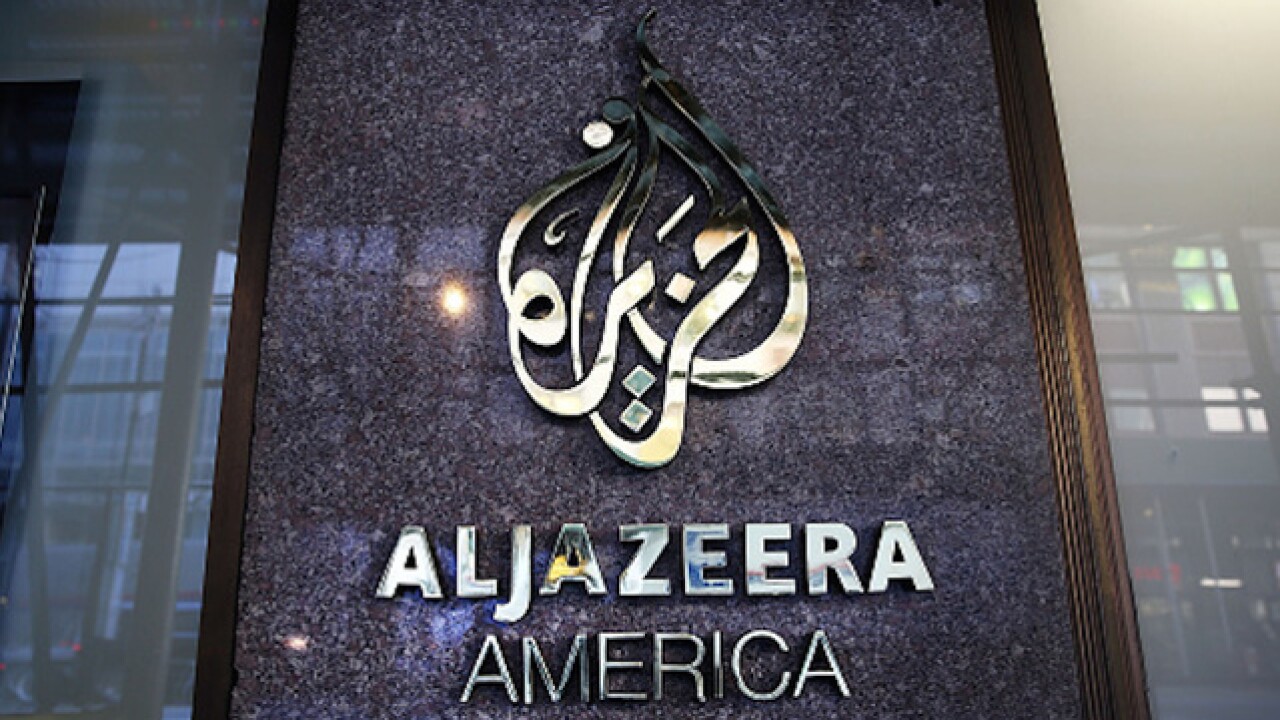 Copyright 2018 Scripps Media, Inc. All rights reserved. This material may not be published, broadcast, rewritten, or redistributed.
Spencer Platt
NEW YORK, NY - JANUARY 13: The logo for Al Jazeera America is displayed outside of the cable news channel's offices on January 13, 2016 in New York City. Al Jazeera America, which debuted in August 2013, announced today that they are shutting down. Employees of the struggling news network known as AJAM were informed of the decision during an all-hands staff meeting on Wednesday afternoon. (Photo by Spencer Platt/Getty Images)

NEW YORK (AP) — Al-Jazeera America, which couldn't attract an audience to another cable news network in the United States, signs off Tuesday night following a three-hour live farewell designed to highlight its work since a 2013 launch.

The farewell begins at 6 p.m. EDT and will be repeated immediately before Al-Jazeera America goes dark. Local cable and satellite operators will decide what replaces the channel in their markets.

The Qatar-based Al-Jazeera network announced in January that it was shutting down the U.S.-based offshoot, calling it an economic decision. Backed by a deep-pocketed parent company, Al-Jazeera America began with lofty goals of offering serious-minded news and won some awards for its work. But when few people watched and oil prices plummeted, there was a limit to how much the company would spend.

Al-Jazeera America aired a four-part documentary produced with the BBC, "The Limits of Hope: Inside Obama's White House," that wrapped up on Sunday.

"We have time and time again given voices to those across America whose stories would not have been told in such depth without the attention of our reporters," said Kate O'Brian, Al-Jazeera America president. "We are incredibly grateful to our audience in the U.S., and we are deeply proud of the coverage."

Between CNN, Fox News Channel and MSNBC, many viewers and cable operators believed the marketplace had enough news options. Al-Jazeera bought the Current TV network founded by Al Gore and closed it in order to get space on cable systems.

The Al-Jazeera name had also proven an impediment for some viewers at a time the U.S. was entangled in conflicts in the Middle East. Last year, AJAM ousted its top executive amid charges of anti-Semitism and a culture of fear among employees.

It was not immediately clear how many journalists are losing their jobs as a result of the shutdown. AJAM had brought in some TV journalists familiar to U.S. audiences, such as Antonio Mora and Ali Velshi.