Multiple shark sightings reported off pier in in Oceanside, California 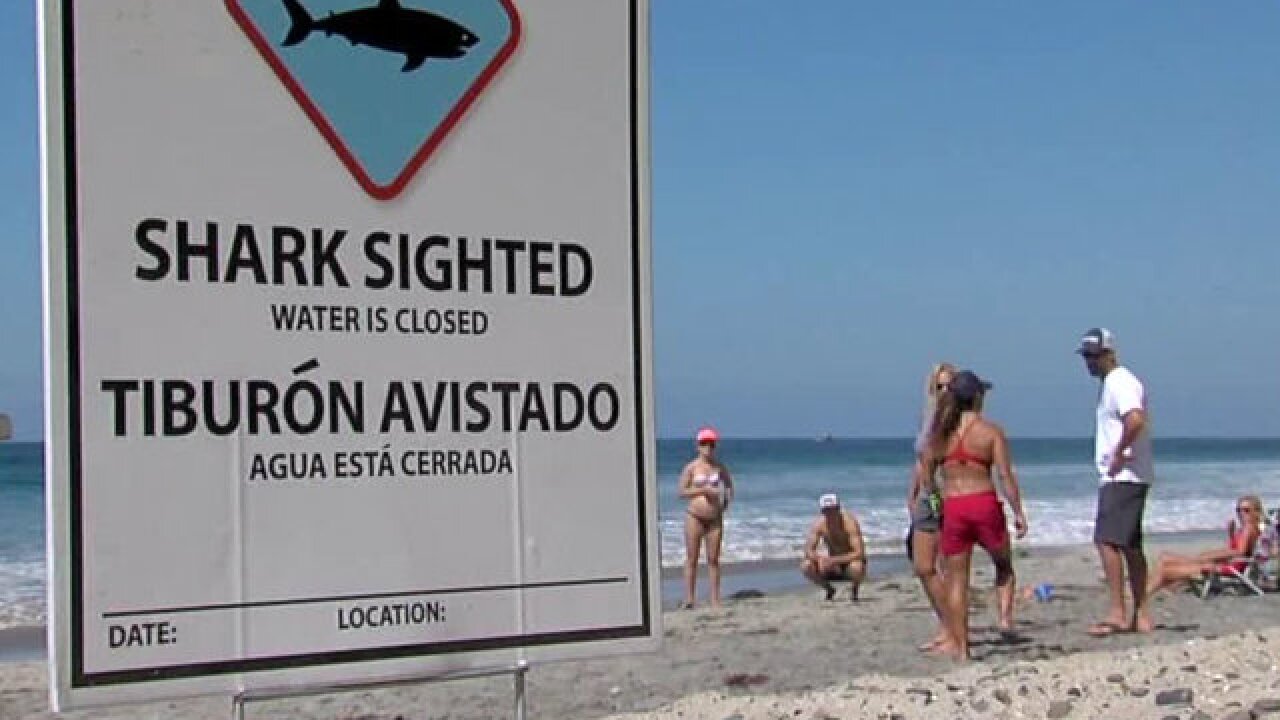 Lifeguards said they received multiple reports of an unknown species of shark, measuring about 12 feet in length, about 100 yards offshore on the south side of the pier just after 12:30 p.m.

Two rescue vessels and a drone were sent out to the shark's last reported location, but no shark was located.

The waters have been cleared for swimmers and surfers for about 1 mile north and 1 mile south of the area, according to lifeguards.

Waters will remain open Saturday, barring any other reported sightings.

While shark sightings are rare along San Diego County's coastline, lifeguards are asking beachgoers to keep an eye out.

A 13-year-old boy was attacked by what is believed to have been a great white shark in September off the coast of Encinitas, just south.

Keane Hayes was attacked while lobster diving at Beacon's Beach. Hayes suffered serious injuries to his upper body, but is expected to make a full recovery.