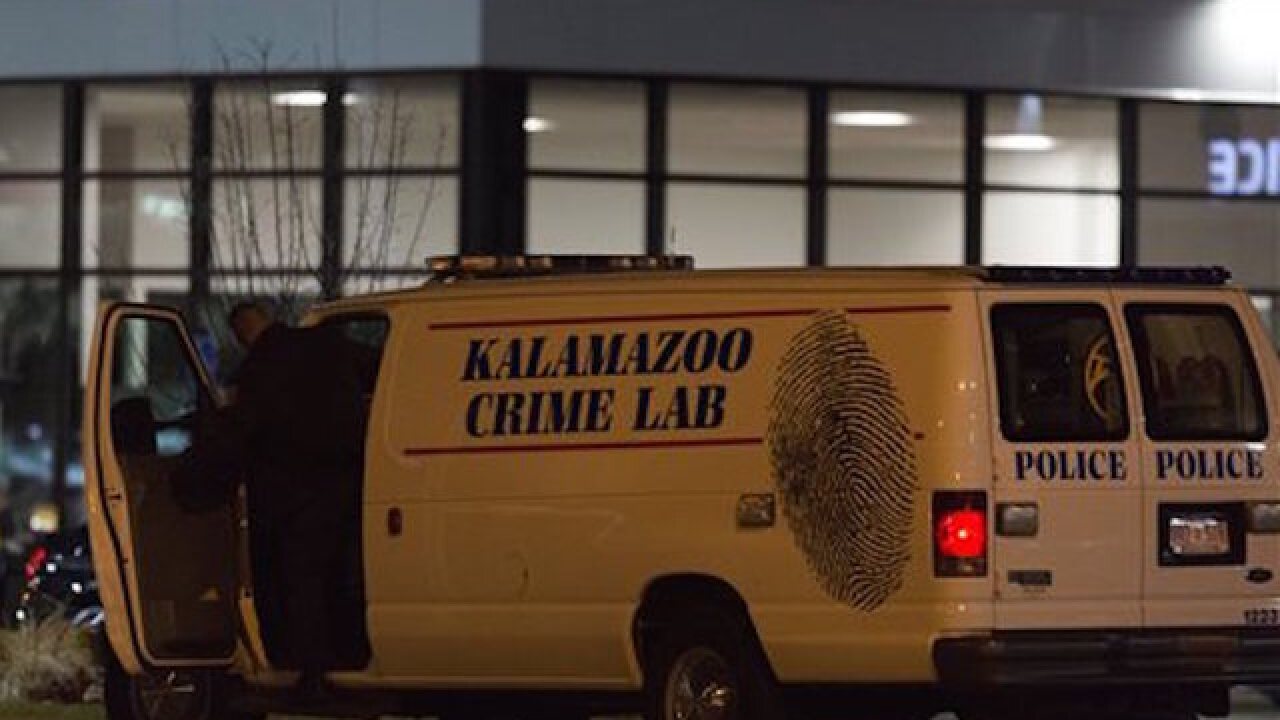 KALAMAZOO, Mich. (AP) — A gunman who seemed to choose his victims at random opened fire outside an apartment complex, a car dealership and a restaurant in Michigan, killing at least six people during a rampage that spanned nearly seven hours, police said.

Authorities could not say what motivated 45-year-old Jason Dalton, who has no criminal record, to target victims who had no apparent connection to him or to each other.

"How do you go and tell the families of these victims that they weren't targeted for any reason other than they were there to be a target?" Kalamazoo County Prosecutor Jeff Getting said Sunday during a news conference.

Two other people were seriously wounded.

Dalton was arrested early Sunday in downtown Kalamazoo following a massive manhunt. He was expected to be arraigned Monday on charges of murder and attempted murder.

Kalamazoo County Undersheriff Paul Matyas described a terrifying series of shootings that began about 6 p.m. outside the Meadows apartment complex in Richland Township, on the eastern edge of Kalamazoo County, where a woman was shot multiple times. She was expected to survive.

A little more than four hours later and 15 miles away, a father and his 18-year-old son were fatally shot while looking at cars at the dealership.

Fifteen minutes after that, five people were gunned down in the parking lot of a Cracker Barrel restaurant along Interstate 94, Matyas said.

A 14-year-old girl had earlier been reported among the fatalities, based on a pronouncement by medical officials. But police later said that she was hospitalized in serious condition.

Authorities did not believe the shootings were targeted at specific people, describing them as "our worst-case scenario," Matyas said.

"These are random murders," he said.

Dalton was arrested without incident about 12:40 a.m. after a deputy spotted his vehicle driving through downtown Kalamazoo after he left a bar parking lot, authorities said.

Matyas declined to disclose anything found in the vehicle except for a semi-automatic handgun.

"In this particular case, we're just thankful it ended the way it did — before he could really kill anybody else," Matyas said.

Authorities said Dalton was in contact with more than one person during the rampage but would not elaborate. Prosecutors said they do not believe anyone else will be charged.

Authorities were interviewing Dalton and reviewing his phone. They do not know if the handgun belonged to him, Getting said.

"This is every community's nightmare — when you have someone going around just randomly killing people, no rhyme, no reason," Getting said.

"It's hard to put into words the impact something like this has," Getting said. "How do we put an end to the fear this is causing? There's this sense of loss, there's anger, there's fear."

With a population of about 75,000, Kalamazoo is about 160 miles west of Detroit. It is home to Western Michigan University and the headquarters of popular craft beer maker Bell's Brewery. The city also is known for the anonymously funded Kalamazoo Promise program, which has paid college tuition of students who graduate from Kalamazoo Public Schools for more than a decade.