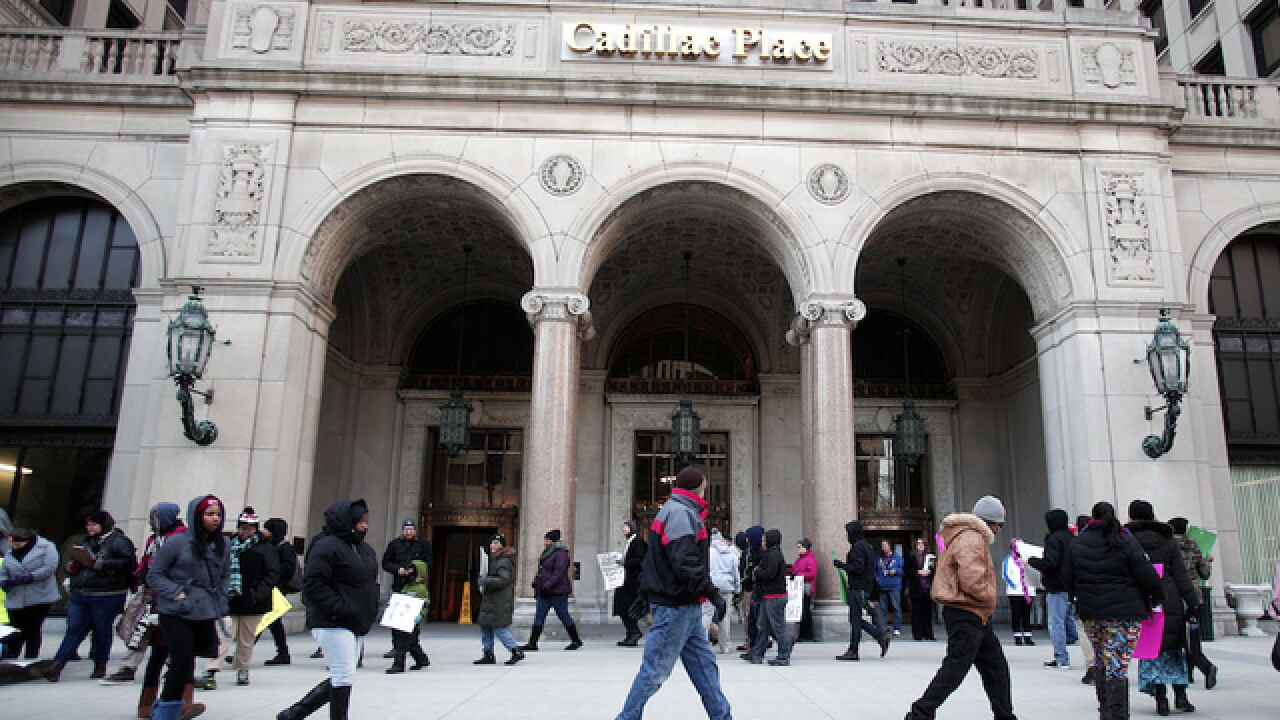 Bill Pugliano
<p>DETROIT, MI - JANUARY 25: Demonstrators protest a hearing at the State of Michigan Building January 25, 2016 in Detroit, Michigan. The hearing will decide whether or not to order an end to the "sick-out" by Detroit Public School teachers and organizers. One sick-out last week led to the closing of 88 Detroit schools. (Photo by Bill Pugliano/Getty Images)</p>

DETROIT (AP) — Most of Detroit's public schools were closed Monday after the teachers union urged members to call out sick following a weekend announcement that the district wouldn't be able to pay its teachers starting this summer.

District spokeswoman Michelle Zdrodowski said in a statement Monday morning that 87 of the district's roughly 100 schools would be closed for the day. About 46,000 students are enrolled in the district's schools.

The move by the Detroit Federation of Teachers was announced Sunday, a day after Detroit Public Schools' transition manager said the district would have no money to continue paying teachers this summer without further funding from the state.

"There's a basic agreement in America: When you put in a day's work, you'll receive a day's pay," Detroit Federation of Teachers Interim President Ivy Bailey said in a statement. "DPS is breaking that deal. Teachers want to be in the classroom giving children a chance to learn and reach their potential.

"Unfortunately, by refusing to guarantee that we will be paid for our work, DPS is effectively locking our members out of the classrooms."

In March, Gov. Rick Snyder signed into law emergency funding that is keeping the district operating through the end of the school year as the state Legislature considers a $720 million restructuring plan that would pay off the district's enormous debt.

Former bankruptcy Judge Steven Rhodes, who was appointed this year to oversee the district, also said Saturday that DPS would be unable to fund summer school or special education programs after June 30.

On Sunday night, he said in a statement that the union's "choice for a drastic call to action was not necessary" and said that a sickout is "counterproductive and detrimental" to the efforts of those trying to help the school district.

"I understand the frustration and anger that our teachers feel," Rhodes said. "I am, however, confident that the Legislature will support the request that will guarantee that teachers will receive the pay that is owed to them."

Teacher strikes are illegal under Michigan law. Sick-outs earlier this year caused tens of thousands of students to miss class.