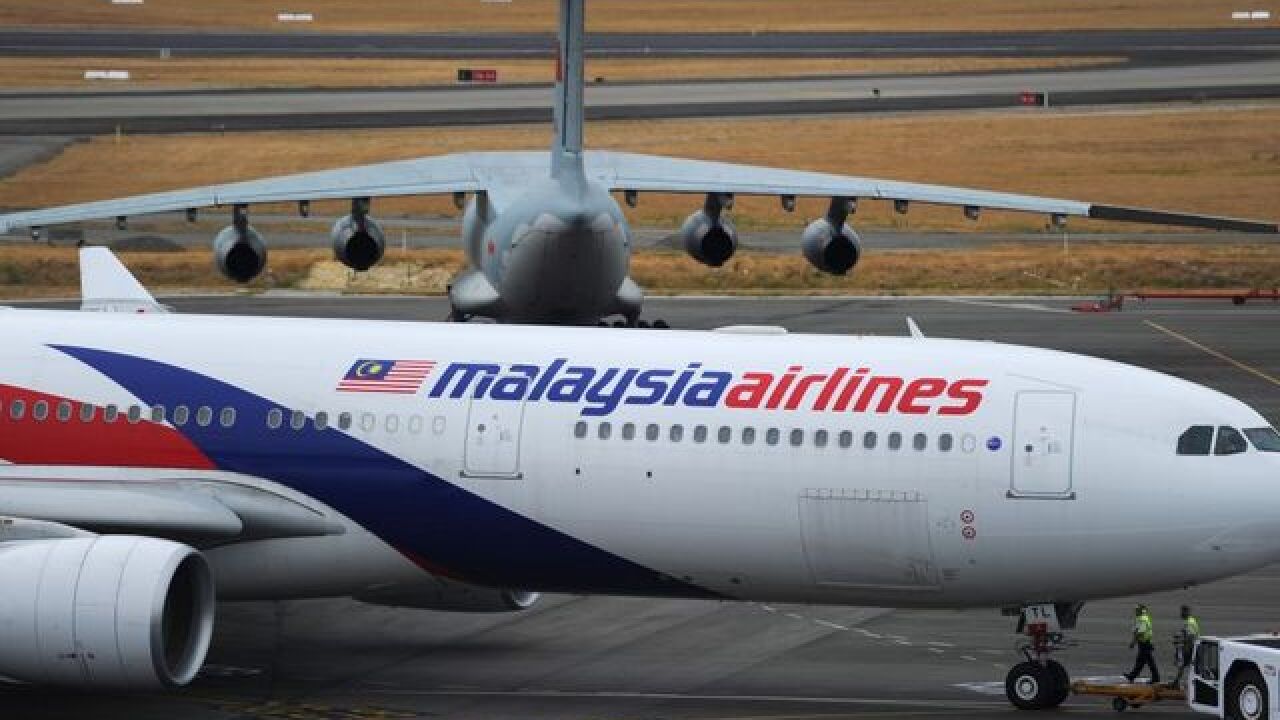 (CNN) -- Teams searching for missing aircraft Malaysia Airlines Flight 370 have very likely been looking in the wrong place, a new Australian government report confirmed.
"Given the high confidence in the search undertaken to date, the experts agreed that the previously defined (search) area is unlikely to contain the missing aircraft," a spokesman for the Australian Transport Safety Bureau (ATSB) said in a statement.
The report recommended that, based on new analysis, a new area to the northeast of the current search area should be searched, approximately 25,000 square kilometers.
However, Australian Infrastructure and Transport Minister Darren Chester said the search would not be extended without new evidence.
"The information in the ATSB report ... does not give a specific location of the missing aircraft," he said. "We are very close to completing the 120,000 square kilometer underwater search area, and we remain hopeful that we will locate the aircraft."
The ATSB's report, released on Tuesday, is the result of a "First Principles Review" meeting which took place in Canberra, Australia, between 2 to 4 November.
It said there was a more than 95% likelihood the plane was not in the vast area -- the 110,000 square kilometers -- which had already been searched.
Extending the search area another 25,000 square kilometers to the north would give an even better chance of finding the plane, the November meeting agreed.
"Based on the analysis to date, completion of this area would exhaust all prospective areas for the presence of MH370," the report said.
The new search area was determined by analysis of new debris, flight simulations and MH370's last satellite communications.
The ATSB has been contacted for comment.
More than 20 pieces of debris found
It has been almost three years since Malaysian Airlines 370 vanished during a routine flight from Kuala Lumpur, Malaysia, to Beijing, China, in March 2014.
Although many questions remain around its disappearance, its final fate has been more or less confirmed -- new satellite analysis in November described how MH370 was spiraling fast towards the sea in its final moments.
Since 2014, more than 20 pieces of debris which are likely or confirmed to come from the plane have been found, mostly on African beaches and islands.
The search for MH370 is due to finish in January or February 2017, after the original 120,000 square kilometers has been searched.
But the families of the plane's passengers have called for the investigation to continue, with some traveling to Madagascar and Mauritius to encourage locals to search for debris.
The-CNN-Wire
™ & © 2016 Cable News Network, Inc., a Time Warner Company. All rights reserved.
Copyright 2016 The Associated Press. All rights reserved. This material may not be published, broadcast, rewritten or redistributed.