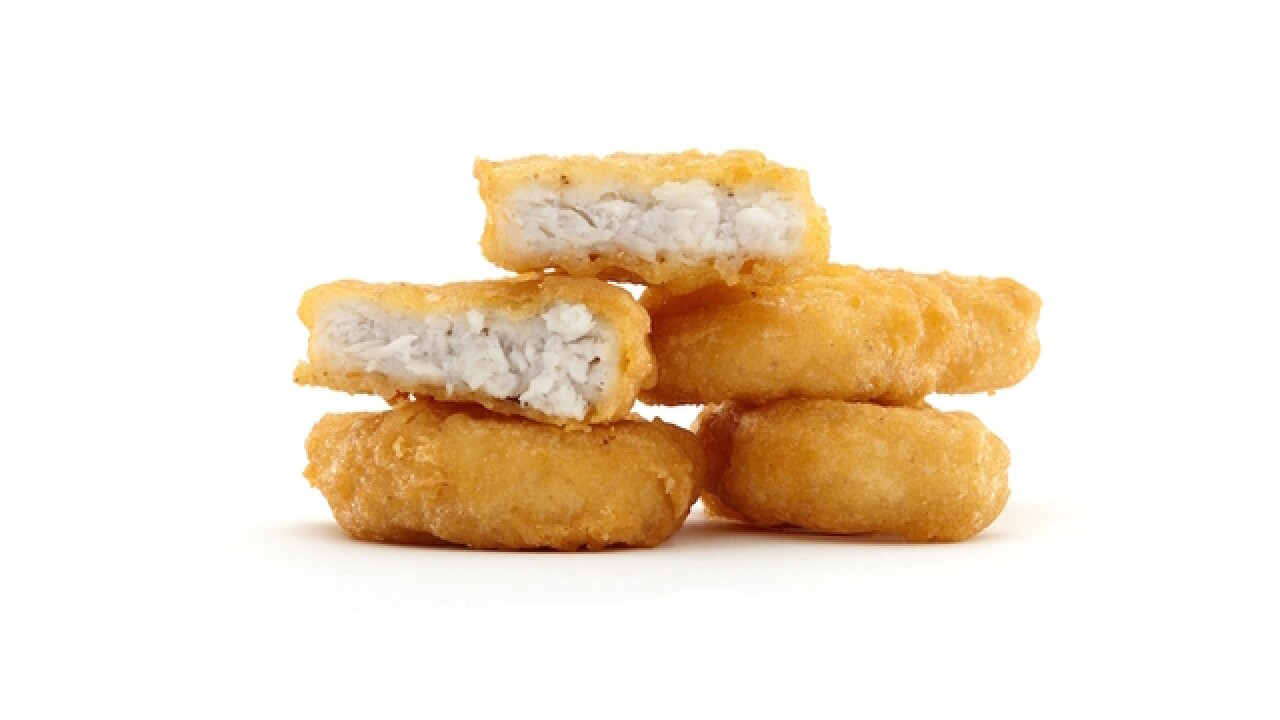 McDonalds
<p>McDonald's Chicken McNuggets are seen in this promotional image. Starting in the next two years, the company will stop selling chicken meat from poulrty raised on controversial antibiotics.</p>

NEW YORK (AP) — McDonald's says it is testing Chicken McNuggets with no artificial preservatives as it works to revive its U.S. business.

The world's biggest hamburger chain says it began testing the new recipe in about 140 stores in Oregon and Washington in March.

It's the latest move by McDonald's to step up the quality of its food as it works to stage a turnaround of its business, which has lost customers in recent years. The company has conceded that it failed to keep up with changing tastes and that it is looking at improving core menu items. Last week, it also said it is testing a version of its Big Mac that comes with bigger patties.

McDonald's did not provide details on what exactly is different about the new McNugget recipe, but said it is "simpler" and "parents can feel good" about it. It said was getting feedback from customers with the test, and did not say when it planned to launch the new recipe nationally.

The McNugget test was first reported by Crain's.

Last week, McDonald's said sales rose 5.4 percent at established U.S. locations during the first three months of the year. But the company did not say how much of that came from an uptick in customer visits. The results were boosted at least in part by higher pricing and the shuttering of underperforming stores.

McDonald's Corp., based in Oak Brook, Illinois, has more than 14,000 locations in the U.S.