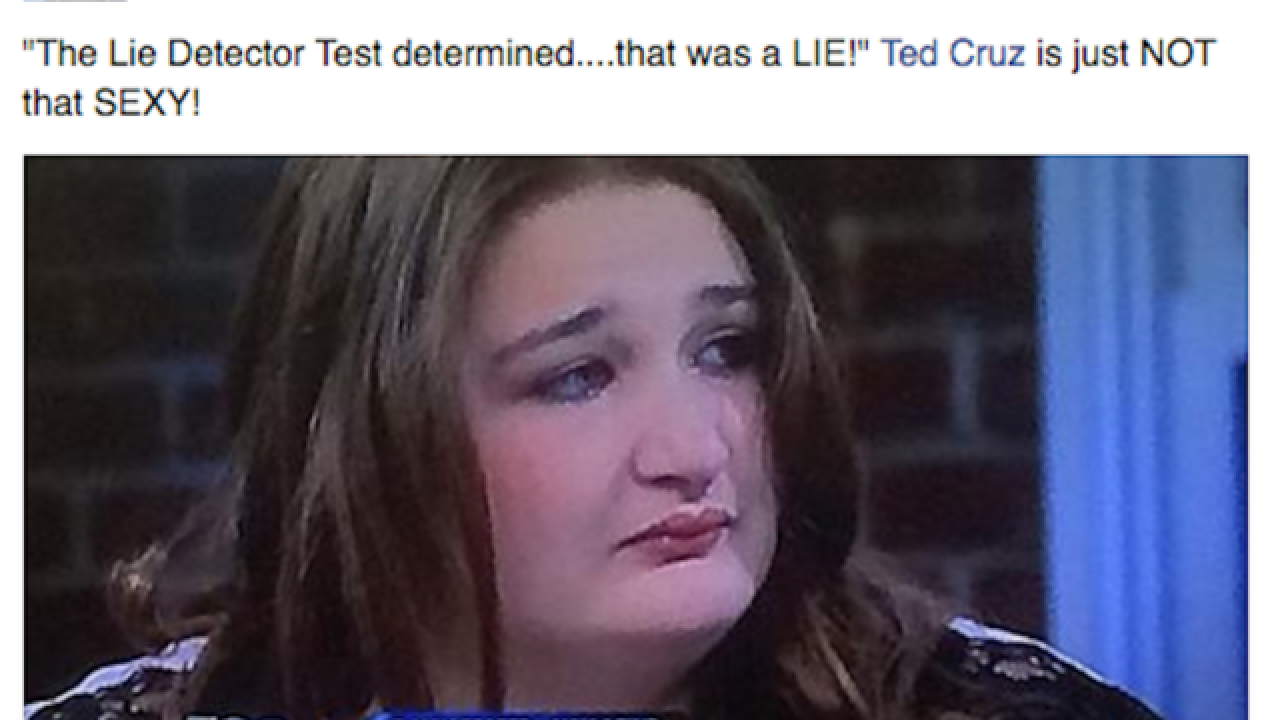 Apparently Ted Cruz just has "one of those faces."

The Republican presidential candidate has become part of another internet meme that claims he has a doppelganger. This time he's been mistaken for a woman on Maury Povich's daytime talk show.

The woman, identified by the name Searcy, was a guest on "Maury" on Monday and soon after, a close-up screenshot of her face went viral online. On Wednesday, Povich claimed images of the woman had been viewed "millions" of times since her appearance on his show.

Searcy is just the latest person to become linked to Cruz online due to a physical resemblance. Cruz has also been compared to Duke basketball player Grayson Allen.

Grayson Allen says he doesn’t look like Ted Cruz, is only person alive who thinks so. https://t.co/7mcKIRhkLD pic.twitter.com/x7foKNFQvP

So I guess my doppelgänger is @tedcruz? Guess I better cancel the @Stryper tour so I can focus on my campaign;-) pic.twitter.com/3ODcvA0Bjd

And perhaps most unflattering, a blobfish.

Try to tell me that Ted Cruz doesn't look exactly like a blobfish OH WAIT YOU CAN'T. pic.twitter.com/WM3RQ1FRzX