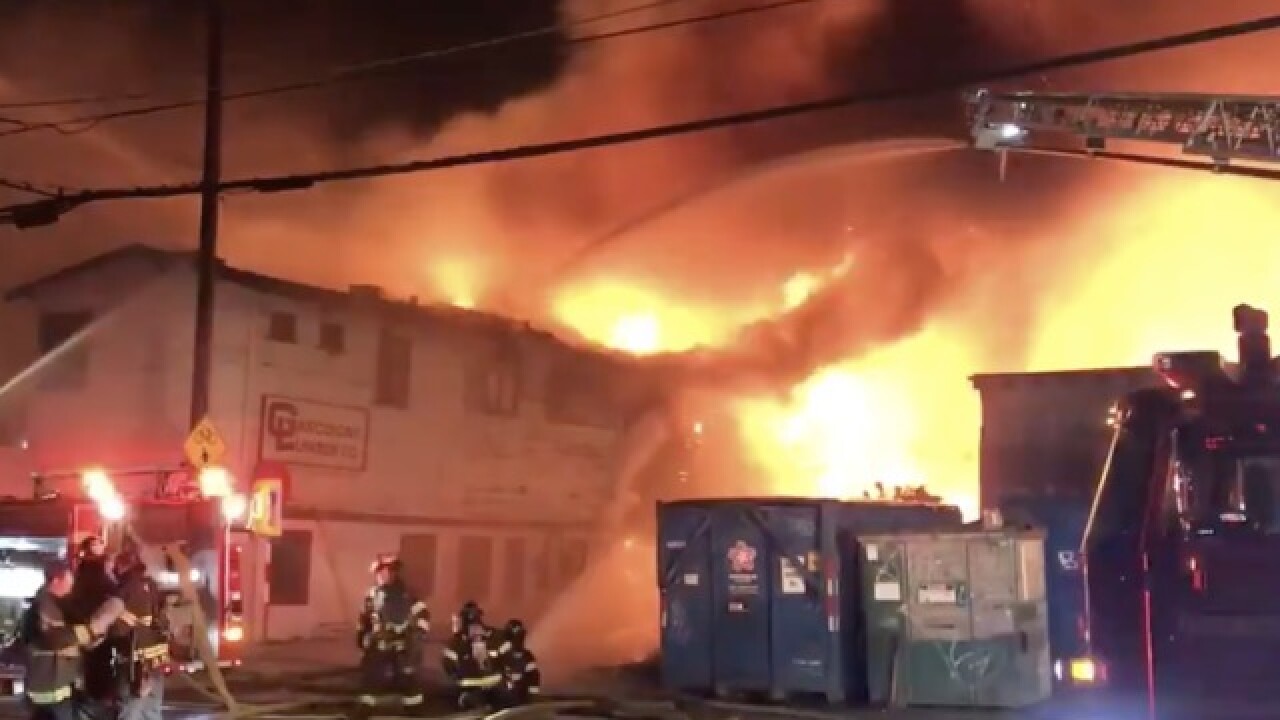 Copyright 2018 Scripps Media, Inc. All rights reserved. This material may not be published, broadcast, rewritten, or redistributed.
Seattle Fire Department/Twitter
<p>Firefighters are battling a massive blaze at a warehouse in Seattle's Queen Anne neighborhood.</p>

Firefighters are battling a massive blaze at a warehouse in Seattle's Queen Anne neighborhood.

When firefighters arrived, they saw flames as high as 50-75 feet, Tinsley said.

One warehouse has collapsed but no injuries have been reported. The cause of the fire was not immediately known, officials said.

The building where the fire started is believed to primarily house lumber, Tinsley said.

She told CNN affiliate KIRO-TV that crews were fighting the fire defensively, meaning they were not entering any of the structures that were burning.

"At this time we have approximately five structures that are involved, one of the structures has collapsed and burned down, so we're still trying to actively control what's going on here today," she said. "We're working on containing the fire, we're working on getting it under control -- we have not called it under control at this time -- but we don't see that it will spread beyond what it's at now."

One building toward the back of the warehouse where the fire is believed to have originated reportedly housed some propane tanks, Tinsley said.

"... So we were actively trying to make sure that that building did not catch fire. It has sustained some damage but right now we have not received reports that those propane tanks have exploded," she said.

Tinsley said that residents would be alerted if evacuations became necessary and recommended that members of the public keep their doors and windows closed to stop smoke from entering their homes.

One eyewitness described the scene to CNN affiliate KOMO-TV.

"I was about 800 meters west of here barbecuing and I could see the heat and the light from the fire," Conal Groom said. "When I came here, the closer I came the more heat and yellow light and fire you could see."

Groom said it was heart-wrenching: "It's terrible, this is our neighborhood, it's terrible to see."