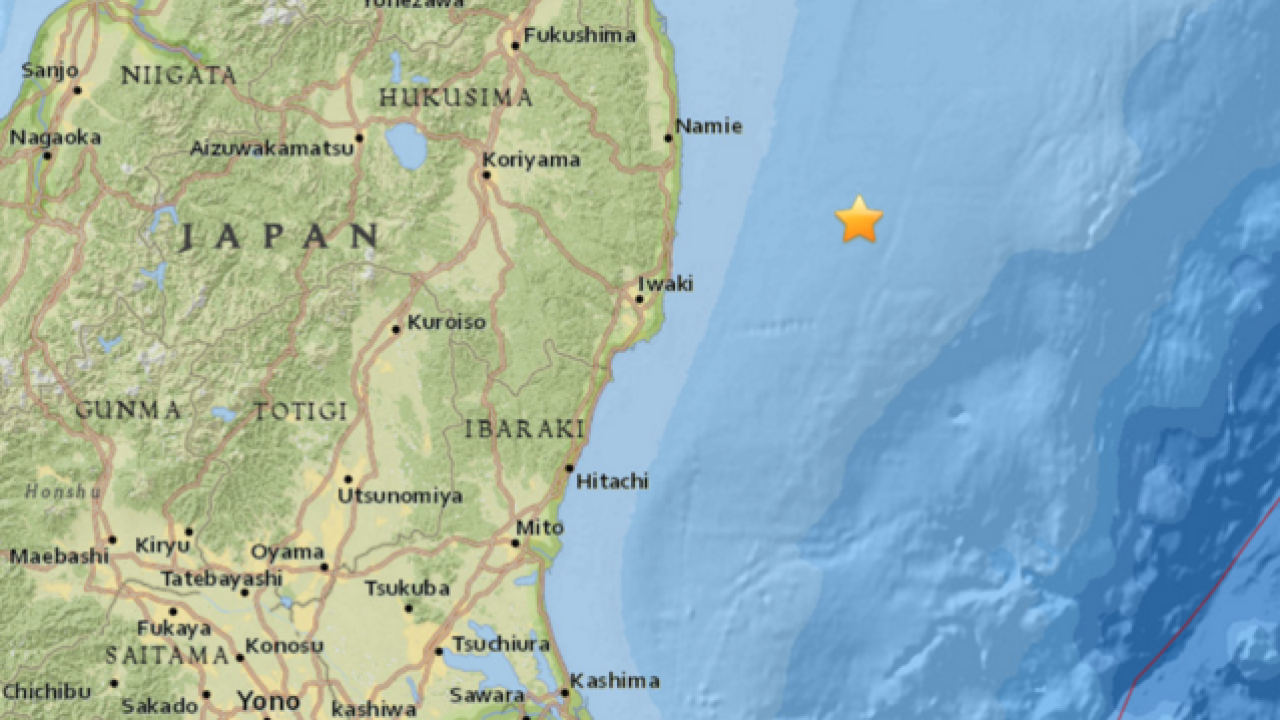 Hours after a 6.9-magnitude earthquake hit off the coast of Japan's Fukushima Prefecture early Tuesday morning, a  tsunami of more than 1 meter hit areas previously devastated by a major earthquake and tsunami in 2011.

The Daiichi plant was the epicenter of a major environmental disaster following a 9.1-magnitude earthquake that struck Japan on March 11, 2011. That earthquake killed at least 15,000.

Parts of Japan's East Coast were under a tsunami warning, as residents were urged to seek higher ground. Local authorities said a tsunami of up to 3 meters was possible. Japan's NHK TV reported that a tsunami was observed roughly one hour after the quake.

The tallest recorded tsunami was in Sendai of 1.4 meters. Sendai was also hard-hit during the 2011 earthquake and tsunami. Areas near the Daiichi plant had a tsunami of up to 1 meter on Tuesday.

The National Weather Service's Tsunami Warning Center said there was no threat of a tsunami striking the United States coast.

Note: Authorities originally listed the earthquake's strength at 7.3-magnitude. The USGS has since revised its report.