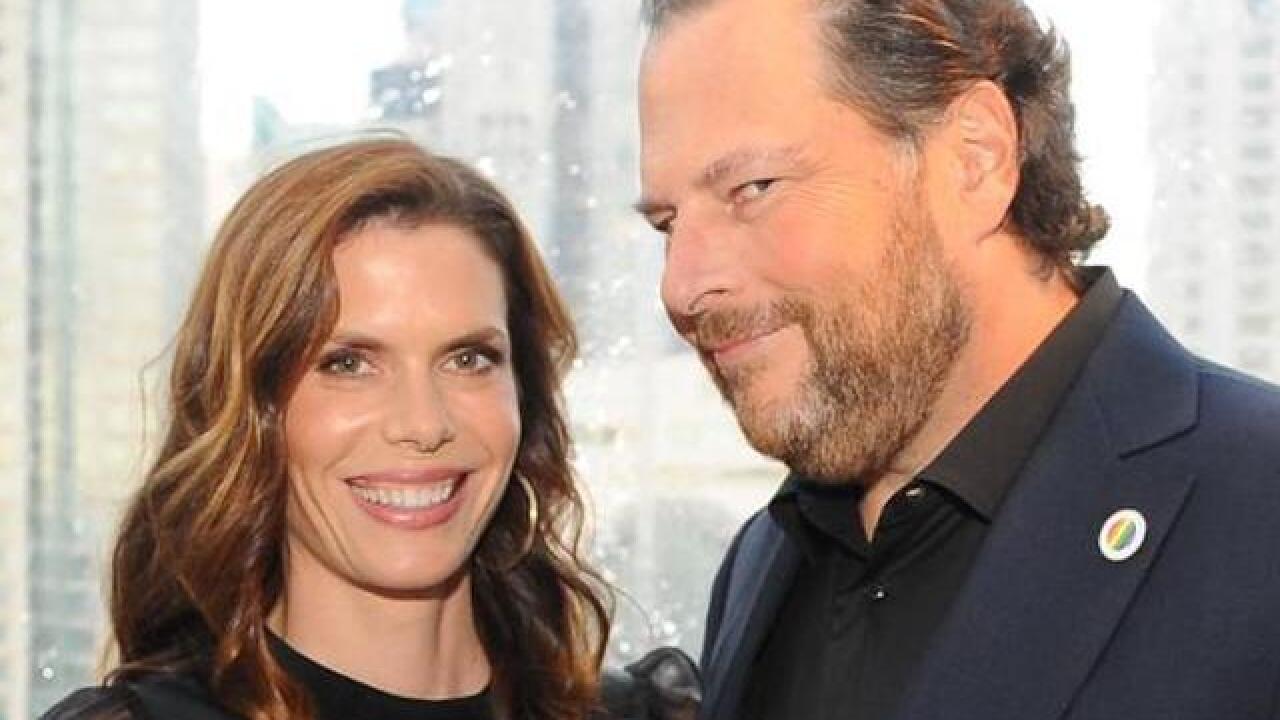 "Why don't you buy a news outlet?"

When this question is posed to a tech CEO nowadays, the executive is not surprised. Far from it. Usually the person has a very thoughtful answer.

Some of Silicon Valley's richest are intrigued by the idea. Others are resolutely opposed. And others are... busy writing a big check.

The Time deal was announced on Sunday night. Benioff and his wife Lynne say it is a family investment, unrelated to Salesforce. They are calling themselves "caretakers," saying "we are honored to be the caretakers of one of the world's most important media companies and iconic brands."

Among the moguls who will be welcoming Benioff to the club:

-- Laurene Powell Jobs owns a majority stake in The Atlantic.

All three individuals have pledged a hands-off approach to their respective news operations, while pushing for big improvements on the product side.

Benioff seems to be doing something similar.

He said in a statement that "Lynne and I will take on no operational responsibility for Time, and look only to be the stewards of this historic and iconic brand."

For Sunday night's "Reliable Sources" newsletter, I asked CNN's Laurie Segall for her reaction to the deal. Segall has been covering Benioff for years.

"We're seeing tech leaders take a greater interest in preserving fundamentals of society that are increasingly under attack," Segall said. With the narrative around tech changing, "and everyone questioning the impact of these companies and their algorithms," tech executives are "taking a broader role in society, widening their roles and burnishing their legacies. Maybe that's a part of this."

Benioff will be center stage at Salesforce's annual conference, Dreamforce, next week.

The reactions to his purchase seemed to be mostly positive on Sunday.

But there was some understandable snark and concern about the trend of tech executives buying up -- or bailing out -- newsrooms.

And Bloomberg reporter Lucas Shaw listed off Bezos, Soon-Shiong and Benioff, saying, "The age of the billionaire publishing patron is upon us."