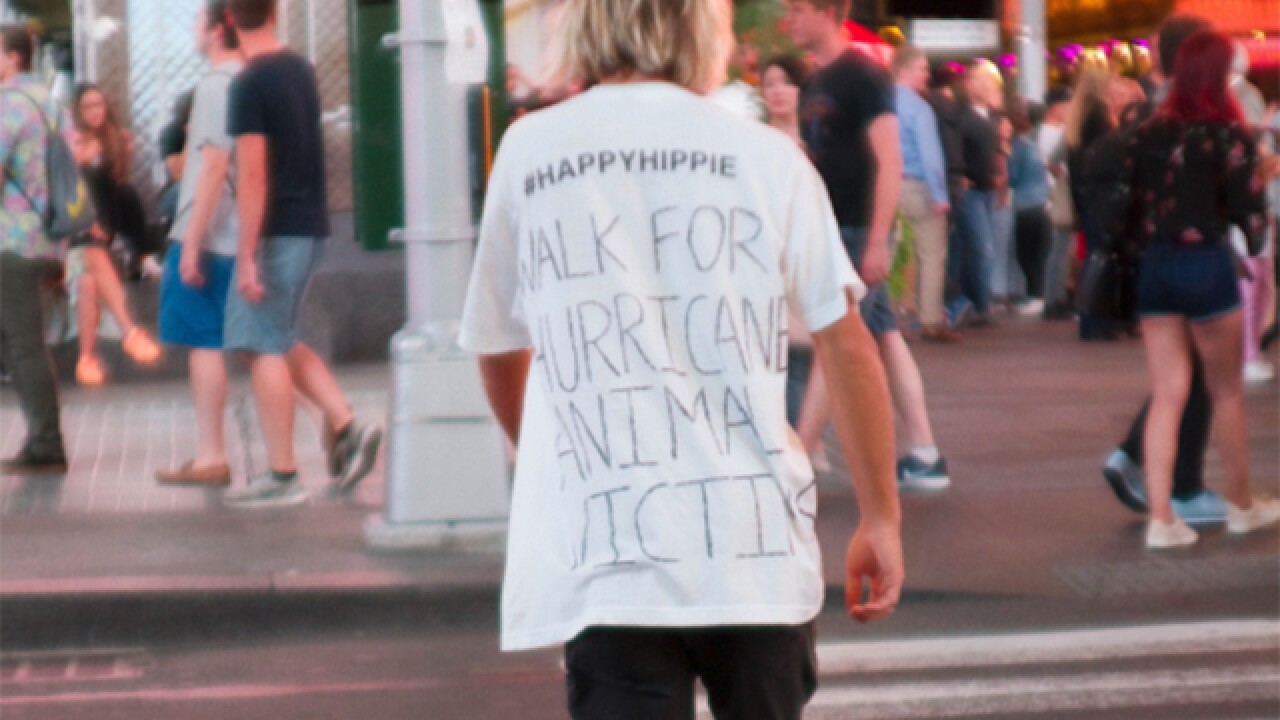 Copyright 2017 Scripps Media, Inc. All rights reserved. This material may not be published, broadcast, rewritten, or redistributed.
<p>photo from @conradjackcarr on Instagram</p>

From chasing storms on a surfboard to taking a step for animals affected by Hurricanes.

Conrad Carr was surfing in New York following the waves made by the Hurricanes when he realized he could help those negatively affected by the storms.

So he traded his surfboard for sneakers and teamed up with Miley Cyrus's non-profit, Happy Hippy, to raise money and awareness for hurricane animal victims.

Carr is walking 1,000 miles from New York City to Miami, Florida for the cause. And for every mile he walks, his friend Rick Soloman will donate $100.

Here we go. Condor's big adventure. Tomorrow I start my Walk for Hurricane Animal Victims. Walking 1,000 miles from New York to Florida. Check out the link in my bio! ?????? Donate. Tune in. Join me on the road ? @luludropo

"It's been crazy," said Carr. "It's been a real rollercoaster, lots of ups and downs."

On his first day he thought it would be easy, so he ran 30 miles. After realizing he couldn't keep up the pace, he has been walking 20-25 miles a day.

The spur of the moment decision has been one that Carr does not regret making. He said he has made friends, been offered food, and raised a lot of money.

While he was walking a friend of his started a GoFundMe page to raise money for the animals, and within 24 hours over $10,000 was raised.

All money raised is going towards the Humane Society of the United States.

Here's where all the money's going, keep the donations coming, keep the love flowing, I'll be walking @humanesociety

According to Carr's calculations, he has about 40 days left on his trip if he continues to walk at least 20 miles a day.