Still no power for about 12,300 after heat wave hits Los Angeles 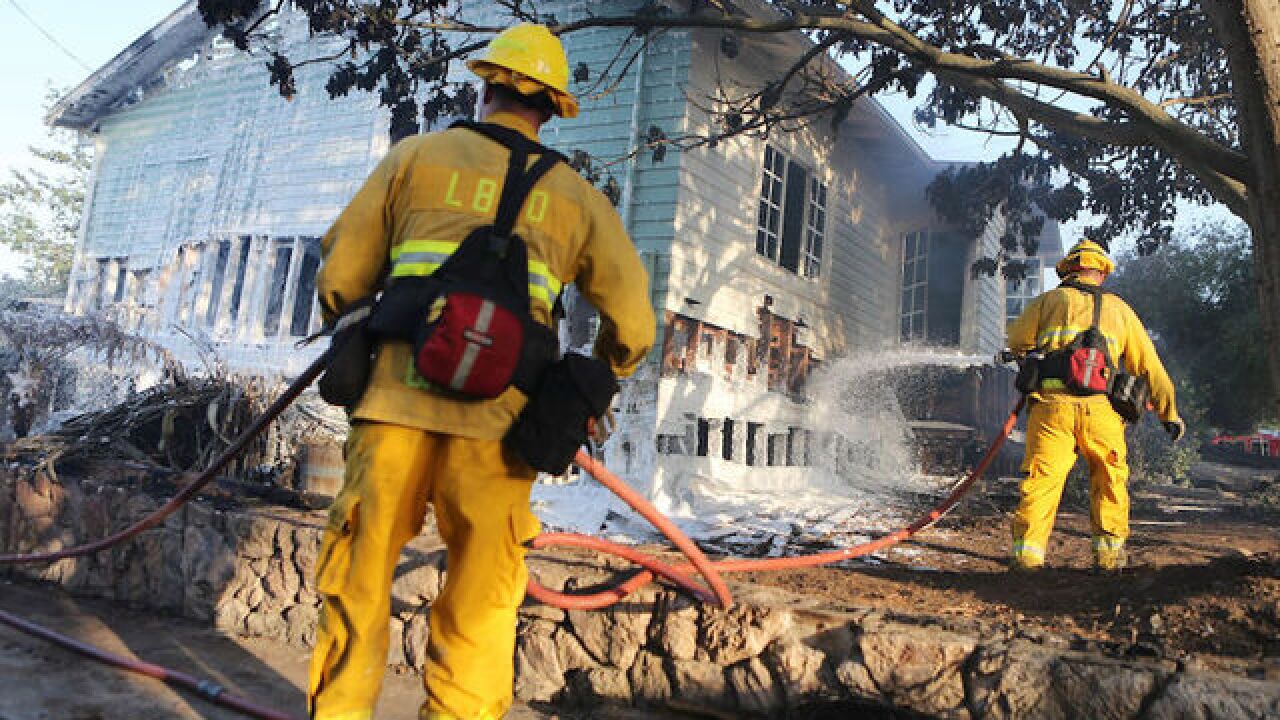 Image copyright 2018 Getty Images. All rights reserved. This material may not be published, broadcast, rewritten, or redistributed.
Mario Tama
<p>Firefighters spray foam on the remains of a destroyed home in the aftermath of the Holiday Fire on July 7, 2018 in Goleta, California. The fire destroyed a number of homes in the community during an intense heat wave which broke various records across Southern California. </p>

Three days after a heat wave brought record-setting temperatures to Los Angeles, thousands of residents remain without power and authorities are asking people to limit their electricity use.

As of Monday morning, at least 12,300 customers were still without power in the Los Angeles area due to high demand, Los Angeles Department of Water and Power (LADWP) told CNN.

Crews had restored power to more than 71,000 customers since Friday's heat storm began.

LADWP said that "continued overloading of circuits has slowed the restoration progress and led to recurring outages in some neighborhoods."

It asked that customers reduce their electricity use in the afternoon and evening hours, and refrain from using appliances like clothes washers and dryers until 9 p.m.

A high of 92 degrees is forecast for Monday and then temperatures should drop into the 80s for most of the rest of the week.

Scorching heat descended upon California and parts of the southwest after a heat wave swept across Canada earlier in the week, killing dozens in the province of Quebec, according to Canadian health officials.

Many areas in California on Friday broke their daily high temperature records, according to CNN meteorologists. Downtown Los Angeles reached a high of 108 degrees, breaking its previous daily record of 94 degrees, which was set in 1992.

The heat is also exacerbating conditions fueling wildfires in California, which have claimed one life and forced hundreds to evacuate from their homes.