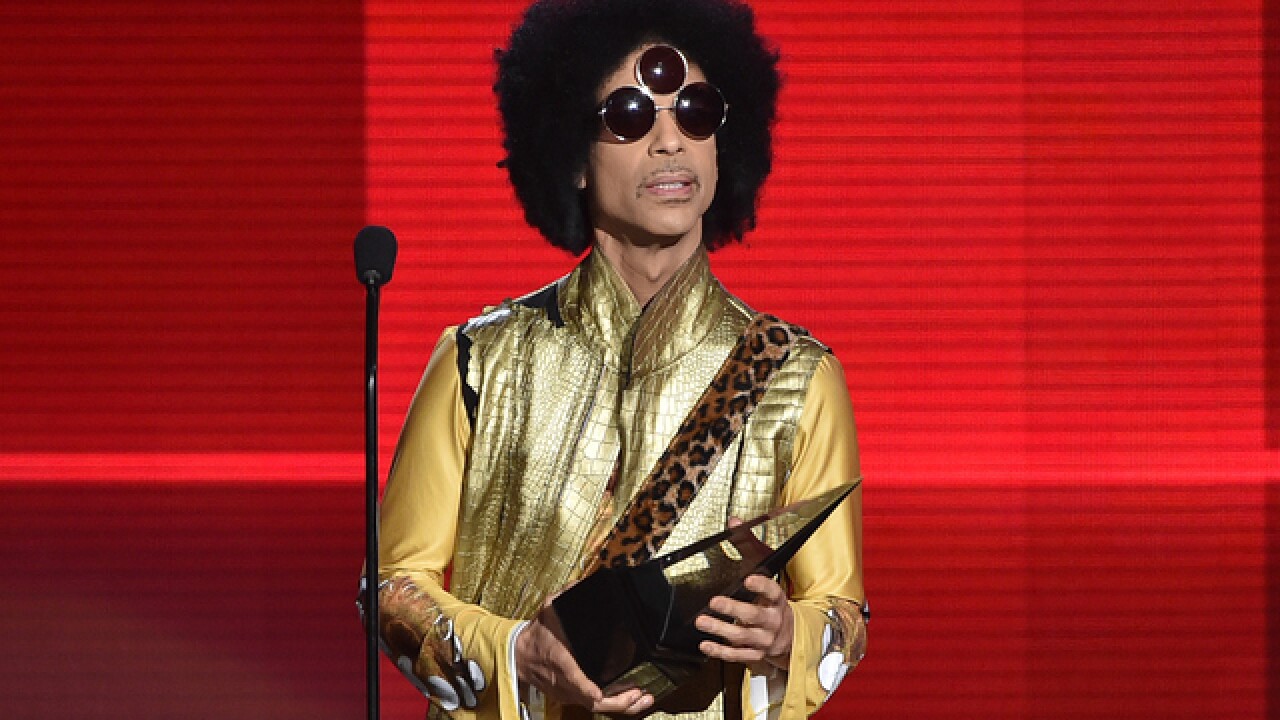 By: Associated Press
Posted at 6:19 PM, May 04, 2016
MILL VALLEY, Calif. (AP) — The Northern California doctor who was asked to help Prince before his death is an addiction and pain specialist who has championed the use of a semi-synthetic opiate to treat pain.
Dr. Howard Kornfeld, who operates an outpatient medical center in bucolic Marin County, received publicity in the San Francisco Bay Area in 2013 for his work with buprenorphine.
Advocates of the drug say the opiate can help addicted patients by offering pain relief with less possibility of overdose and addiction, unlike oxycodone or morphine.
Representatives of Prince reached out to Kornfeld the day before the pop star died, but the doctor sent his son because he couldn't immediately fly to Minnesota, said William Mauzy, a Minneapolis lawyer for Kornfeld.
The son, Andrew Kornfeld, was one of three people who found the singer unresponsive and called 911. He is listed as a consultant with his father's clinic and is a pre-med student, Mauzy said.
A law enforcement official briefed on the investigation has told The Associated Press that investigators are looking into whether Prince died from an overdose. The official spoke on condition of anonymity because he wasn't authorized to talk about the investigation.
At least two experts on treating addiction have questioned whether Kornfeld responded appropriately when he was called to help Prince. Dr. Stuart Gitlow, who has no direct knowledge of Prince's case, said that if Kornfeld believed it to be a medical emergency, "his obligation is to call an ambulance and get the patient to emergency personnel who can assess the situation — not to fly to the patient."
Howard Kornfeld spoke to The San Francisco Chronicle on Wednesday but declined to discuss anything related to the singer.
Instead, he said he wanted to speak out to encourage more research into finding ways to treat and manage pain and addiction.
He said in a telephone interview that he said he had to reschedule patients at his clinic after news of his involvement in the case broke.
Howard Kornfeld told the Marin Independent Journal in 2013 that he first became aware of buprenorphine in the 1990s while treating heroin and prescription-drug addicts.
"We know this drug has no toxicity to the kidneys and much less toxicity to the liver than any other opiates. It works better for chronic nerve pain, and it doesn't cause overdoses," he said in an interview with the San Francisco Chronicle in 2013.
"In most addicts or pain patients, it decreases cravings but doesn't cause this kind of euphoric state people get drawn into," he said.
Kornfeld told The Chronicle he also advocates an approach that includes exercise, nutrition, psychotherapy and other alternatives to drugs. "Our overall goal is get people off of buprenorphine, and off of all drugs," he said.
He helped start a pain clinic in Oakland's Highland Hospital in 2011. A hospital spokeswoman declined to comment.
Kornfeld and his son did not respond to multiple requests for comment from the AP on Wednesday. Messages left with Recovery Without Walls were not returned, and no one answered when a photographer knocked on the door. The clinic's nondescript two-story building is in downtown Mill Valley, a wealthy suburb of San Francisco.
The clinic's website promises personalized, confidential care for people addicted to sleeping pills, opiates and alcohol as well as people suffering from chronic pain. It includes a blog post that speculated whether buprenorphine could have saved actor Philip Seymour Hoffman, who died of an overdose.
Dr. Alex Zaphiris, a family physician and addiction medicine specialist, said most doctors cut off patients once they become hooked on prescription medication, forcing them to search for street drugs to feed their addiction.
"In a field where a lot of doctors run away from taking care of these patients, he's stood strong," she said of Kornfeld, whom she knows only by reputation as a fellow Mill Valley practitioner.
Kornfeld graduated from Northwestern University's medical school in 1975, according to licensing information with the California Department of Consumer Affairs. He is listed as certified by the American Board of Emergency Medicine.
Kornfeld is a voluntary assistant clinical professor in pain medicine at the University of California, San Francisco, which means he is unpaid, a university spokeswoman said.
Associated Press 2016