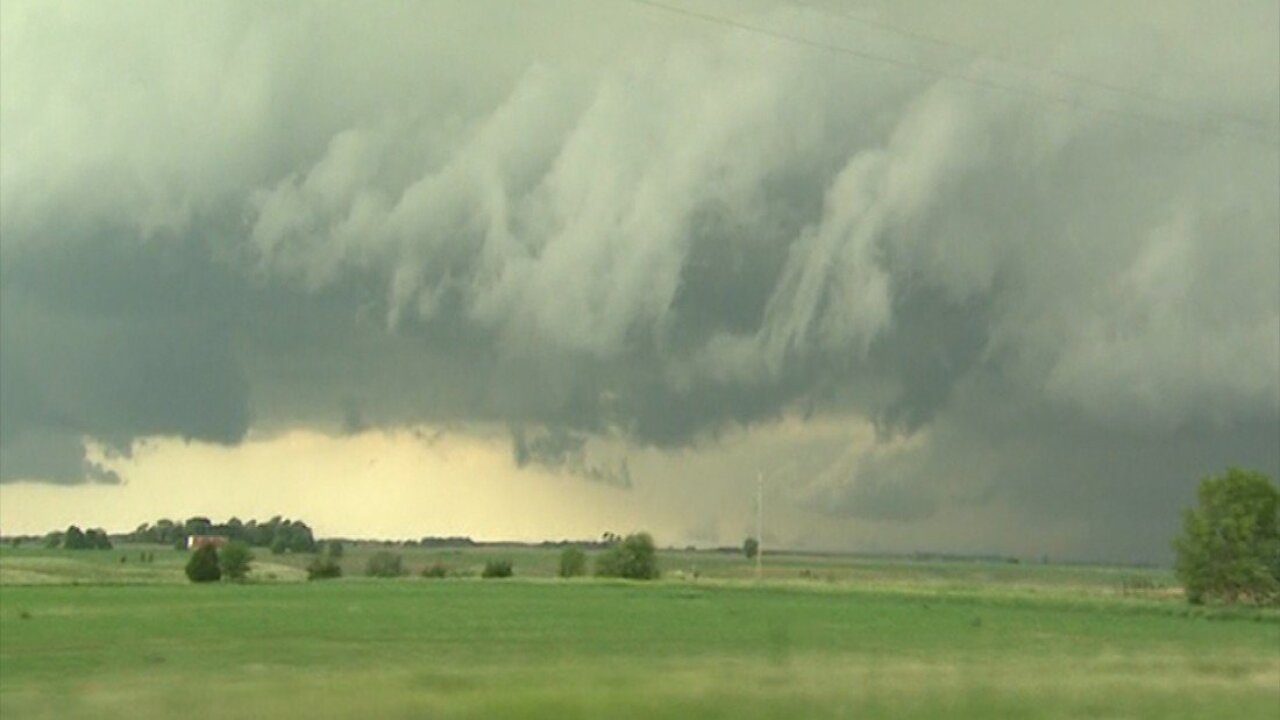 A fast-moving line of severe storms known as a derecho stretched from the Midwest to the South Carolina coastline, leaving three people dead and more than 350 damage reports in its wake.

The extreme weather phenomena started in central Nebraska in the predawn hours on Friday and traveled all the way to Charleston by Saturday morning.

Shelf clouds were seen along the line of storms. Major US cities, such as Kansas City and St. Louis, got a taste of strong winds and heavy rain from these apocalyptic-looking clouds.

The term "derecho" is Spanish for the word straight. It was first defined by physicist Dr. Gustavus Hinrichs in his paper in the American Meteorological Journal in 1888.

Hurricane force winds and flash flooding are typical of derechos.

More than 14 states felt the impact of the storm.

Three people were killed Friday as a result of winds toppling trees onto vehicles and a boat, according to authorities.

The National Weather Service in St. Louis tweeted that one of its radar sites was struck by lightning as the storms approached, resulting in a 30 minute outage.

In Nashville, Tennessee, the storms toppled tents in downtown that were set up for Pride festival events this weekend, according to images posted on social media.

The threat of severe storms is not over. The Storm Prediction Center has highlighted many of the areas hit by Friday's derecho are facing the likelihood more severe weather on Saturday.