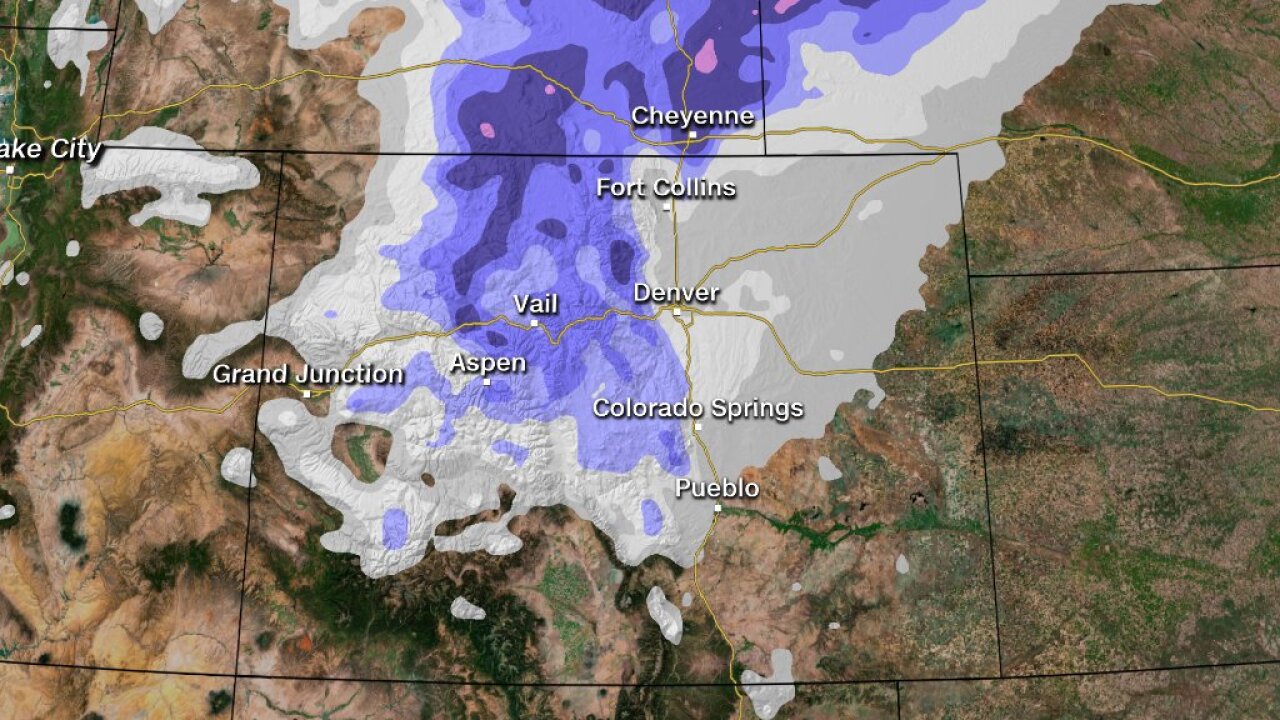 A strong snowstorm is expected to hit the Denver region this week, ushering in a drastic temperature drop as it delivers the area's first snow of the season.

Temperatures will plummet Wednesday from a high around 80 degrees Fahrenheit into the 20s at night as the storm pushes in, the National Weather Service's Denver office said.

The storm system will begin dumping snow Tuesday on the North-Central Rockies, where winter storm warnings and advisories have been issued and up to a foot of snow could fall.

It moves Wednesday night into the Northern Plains, with winter storm watches issued there and 1 to 2 feet of snow expected.

Wind gusts stronger than 20 mph can be expected across the Denver region, with parts of Montana getting gusts over 30 mph. In addition to falling limbs, these winds will also contribute to blowing snow conditions, diminishing visibility on roads.

The snowstorm by Saturday will reach as far east as Minneapolis before the system moves into Canada.

Record amounts of snow fell in late September in parts of Montana . Power outages were reported, and crops and cattle were at particular risk because that storm, as with this week's in Colorado, followed a period of summer-like conditions.