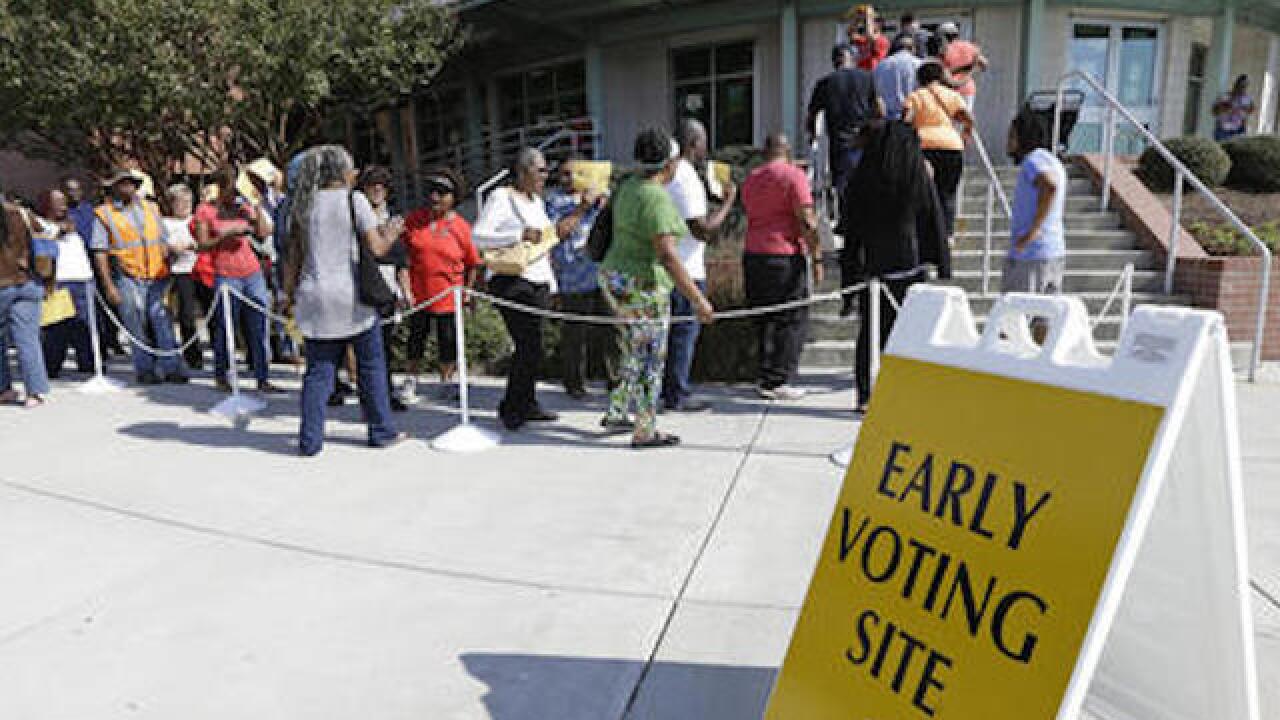 Gerry Broome
<p>Voters line up Thursday, Oct. 20, 2016 during early voting at Chavis Community Center in Raleigh, N.C. Voters in the key presidential battleground of North Carolina demonstrated keen interest on the first day of early voting, as some waited in line for more than an hour Thursday to cast ballots. (AP Photo/Gerry Broome)</p>

RALEIGH, N.C. (AP) — A federal judge has ordered local elections boards in North Carolina to restore voters to the rolls after they were purged too close to Election Day.

Early voting is already underway in the critical swing state, which the NAACP has previously sued over other voter access issues.

The voters' names were removed through challenges filed by activists, which the NAACP said was illegal under federal law less than 90 days before an election.

The NAACP sued earlier this week over thousands of challenges filed in Cumberland, Moore and Beaufort counties.