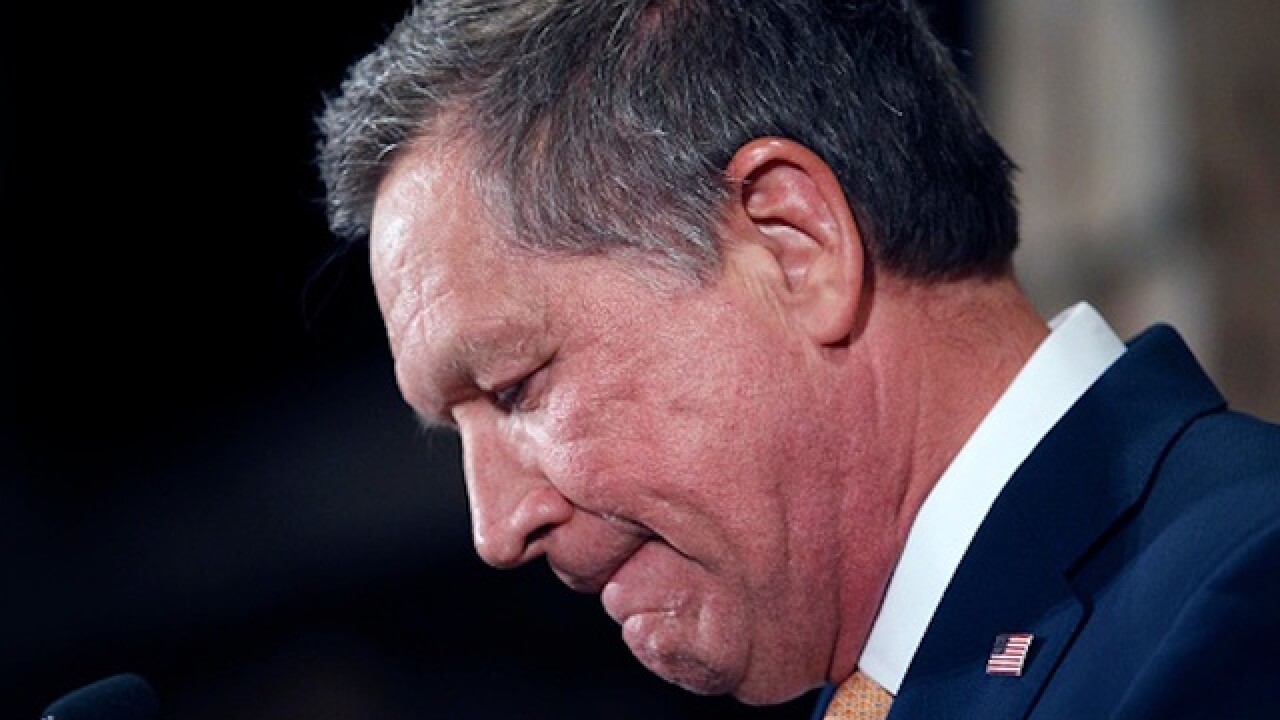 J.D. Pooley
<p>COLUMBUS, OH - MAY 4: Republican presidential candidate Ohio Gov. John Kasich speaks to the media announcing he is suspending his campaign May 4, 2016 in Columbus, Ohio. Kasich is the second Republican candidate within a day to drop out of the GOP race. (Photo by J.D. Pooley/Getty Images)</p>

COLUMBUS, Ohio (AP) — Ohio Gov. John Kasich on Tuesday advised state electors not to vote for him in an anti-Donald Trump protest.

Kasich, a Republican who ran unsuccessfully for president, told The Associated Press Tuesday that he is not a candidate for president, the election was held and Trump was the winner.

"The country is divided and there are certainly raw emotions on both sides stemming from the election," Kasich, in his second and last four-year term, said in a statement.

"But this approach, as well meaning as it is, will only serve to further divide our nation, when unity is what we need," he said. "The election is over. Now is the time for all of us to come together as Americans."

Electors are pledged to candidates but allowed to change their votes, though they almost never do.

A quartet of Democratic electors from Colorado and Washington have dubbed themselves the "Hamilton Electors" and are trying to convince electors from both parties to unite behind another Republican because Donald Trump is unfit to be president.

A Republican member of the Electoral College from Texas said Monday that he won't cast one of his state's 38 electoral votes for Donald Trump because "I am here to elect a president, not a king."

Dallas paramedic Chris Suprun previously indicated he would support Trump. But he now says the president-elect's post-election attacks on the First Amendment and the country's electoral process, as well as the billionaire businessman's continued promotion of his brand and business interests overseas, changed his mind.

Though Kasich resoundingly won Ohio's Republican primary, he failed to win any additional states and dropped out in May.

Kasich remained critical of Trump, refusing to endorse him and boycotting the Republican National Convention, even though it was in his home state. He cast a symbolic write-in presidential vote for Arizona U.S. Sen. John McCain, their party's 2008 nominee.