Jimmy Carter: The US has 'lost its place' as a leader in human rights 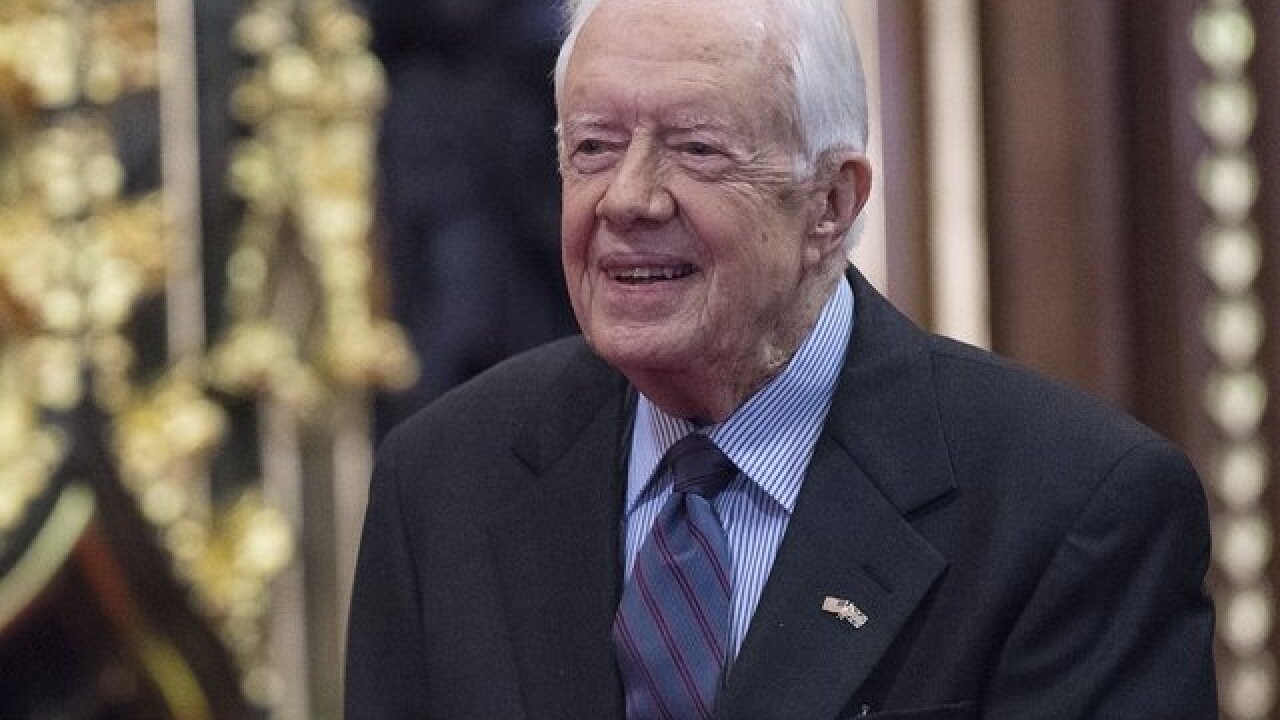 Former Democratic President Jimmy Carter says the United States has "lost its place" as a global leader of human rights.

"We should be the champion of human rights. We're a superpower, not based solely on military power; part of that definition should be a commitment to human rights," Carter said Tuesday at an event at The Carter Center in Atlanta.

"We have lost the long-term commitment to human rights," he said.

The event, part of an annual forum discussing human rights, brought together more than 60 "activists, peacemakers and community leaders," according to a news release.

Carter's comments come as the US government has been working to reunite undocumented immigrant families who were separated after crossing the border.

Carter specifically addressed immigration law, and said immigrants should have a "clear picture" of what happens after crossing into the United States.

"We need a comprehensive bill that has bipartisan support. Immigrants need to have a clear picture of what will happen to them when they come here. Clarification of US law is most important," he said.

Although Carter said the US had initially compromised its position, he also said it's not too late for the nation to re-establish itself as a champion of human rights.

"We still have a chance to restore that position, but if we retain our current position of indifference, we only encourage human rights violators. We have abandoned our position as a government," he said.