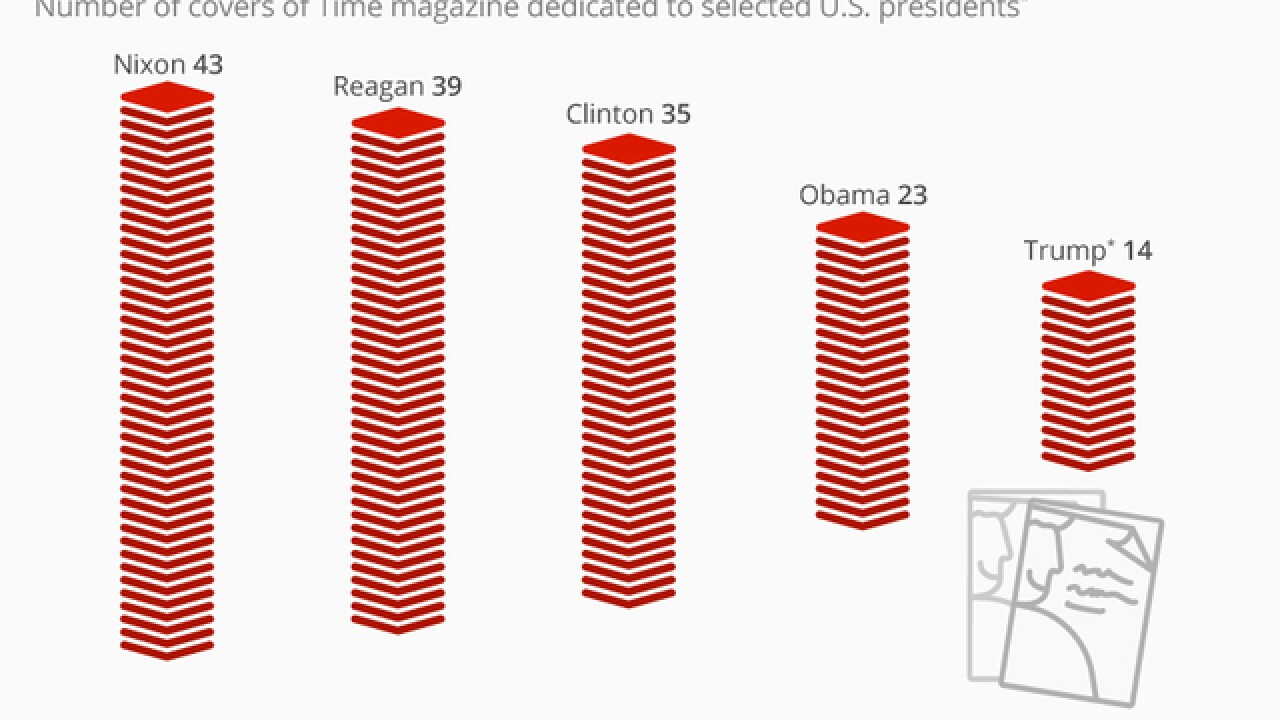 In a speech to C.I.A employees, President Donald Trump noted that he had been on the cover of Time magazine 14 or 15 times, concluding that "I think we have the all-time record in the history of Time magazine." The actual number of covers dedicated to Trump before and while in office is correct, as confirmed by Time magazine itself. Trump has been on its cover 14 times.

However, there are quite a few U.S. presidents that come up more often than Trump when you take a minute to search the Time Cover Store. As the random selection of presidents in the infographic below shows, former President Richard Nixon made it on to the Time cover 43 Times. Obama had 23 covers dedicated to him. By the way, Trump's 15th cover might just have been this one.