Starbucks and McDonalds overshadowed by sandwiches 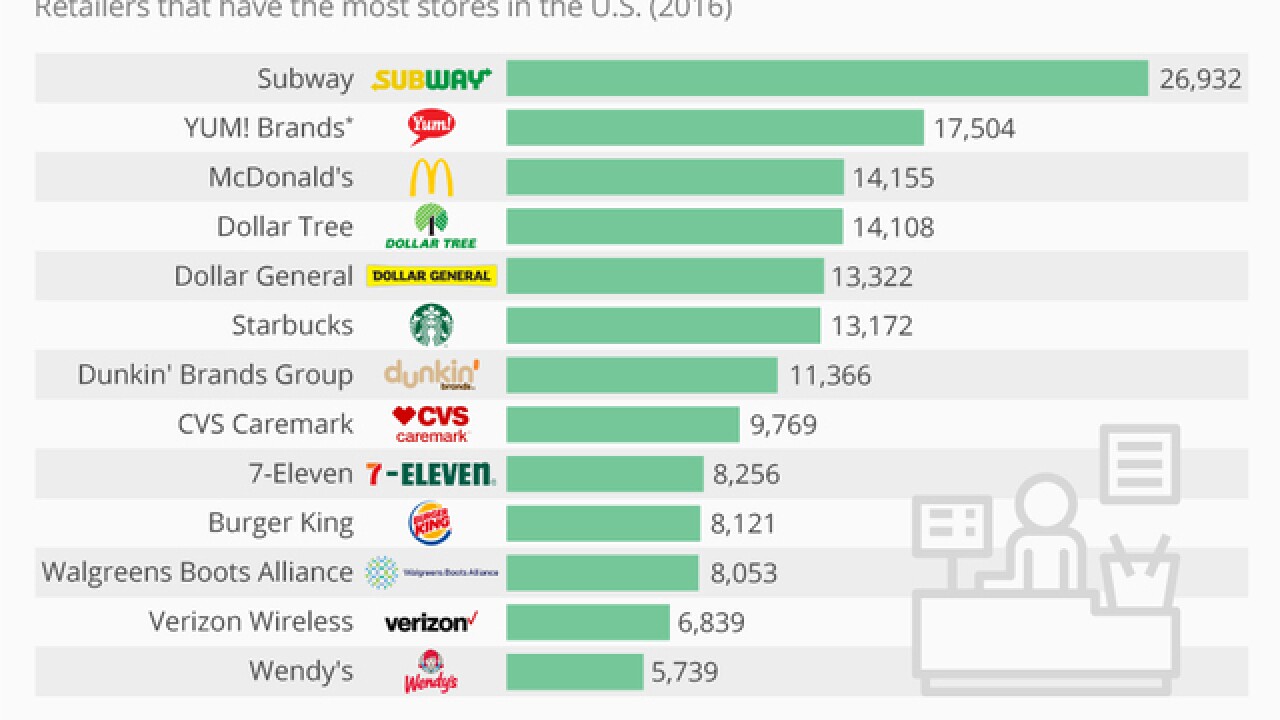 Back in 1998, TV show The Simpsons poked fun at the ubiquity of Starbucks, featuring a mall made up completely of the Seattle coffee company's stores. In the present day though, it's actually another retailer which is seemingly around every corner. As new data from the National Retail Federation shows, the retail company with the most stores in the U.S. is Subway - and by some margin.

As of 2016, there were almost 27,000 Subways in the country, almost 10,000 more than the second most common stores - those falling under the YUM! brand - KFC, Pizza Hut and Taco Bell combined. As for Starbucks? The chances of coming across one are still pretty high, with latest figures showing that there are 13,172 across the U.S.