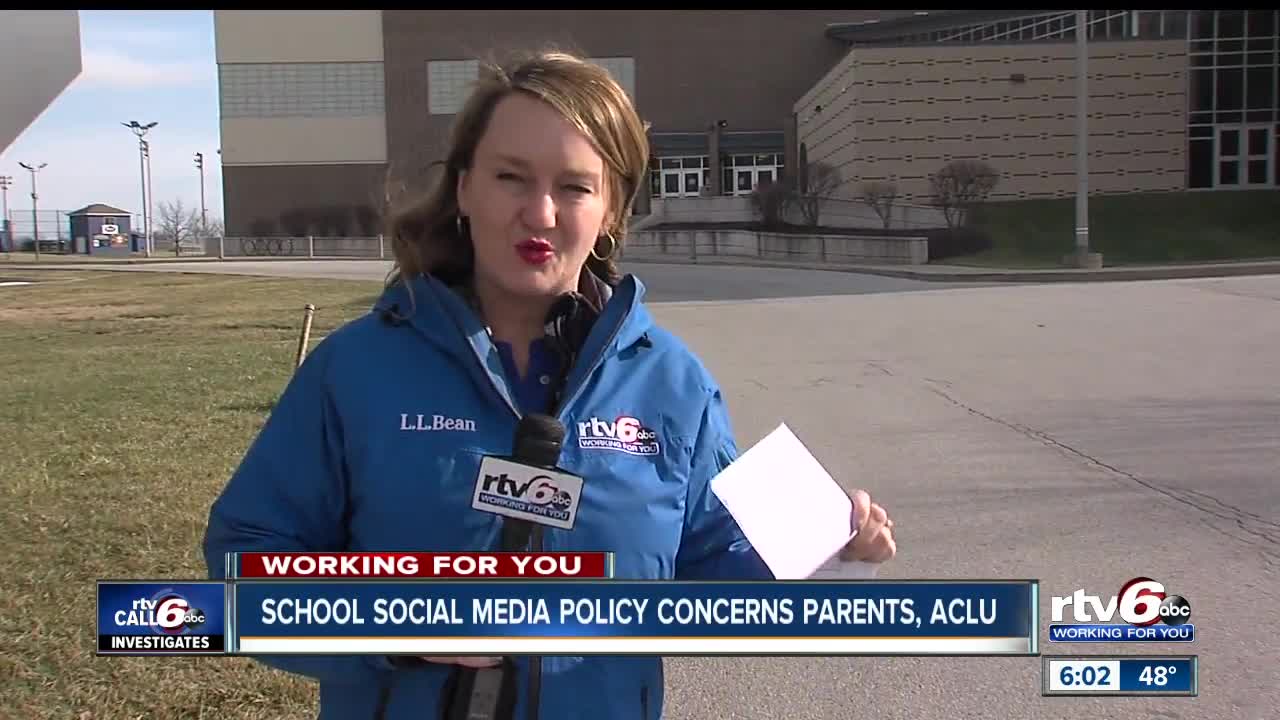 Parents in Hendricks County are raising concerns about a local school district's policy that takes aim at what parents say on social media. 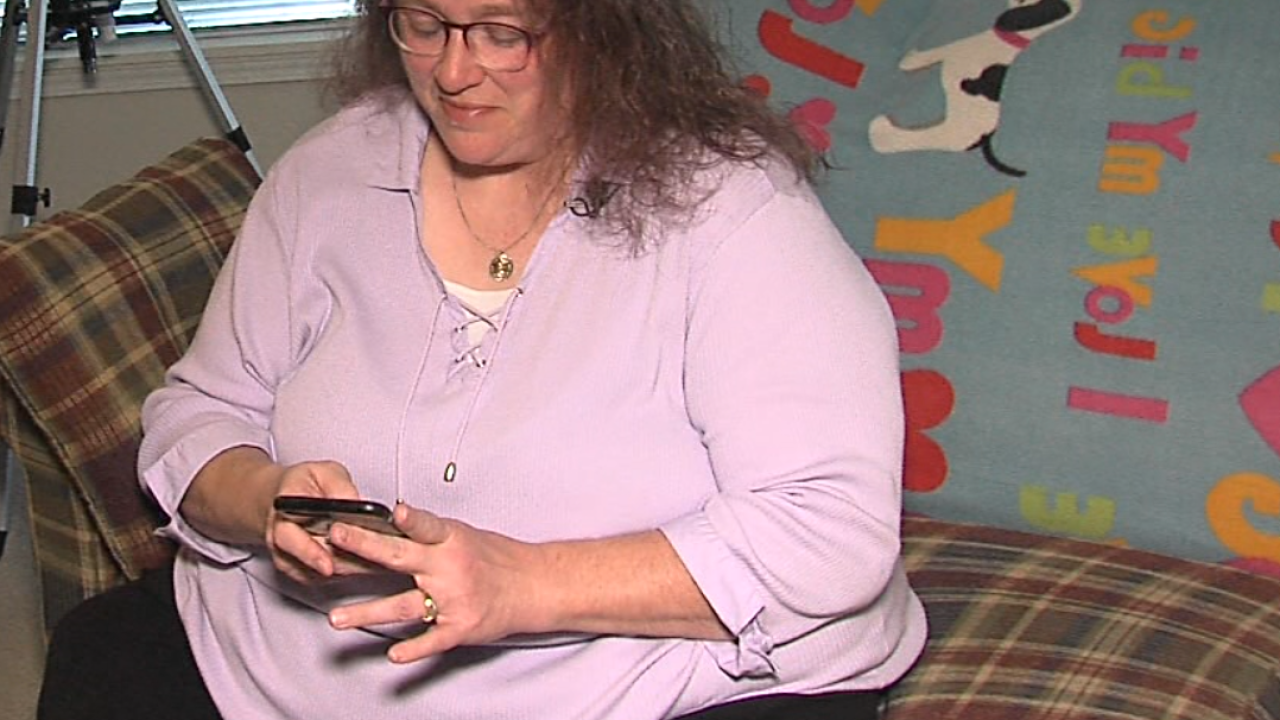 HENDRICKS COUNTY, Ind. — Parents and the ACLU of Indiana are raising concerns about a local school district’s policy that takes aim at what parents say on social media.

“They’re trying to silence us from speaking out against them,” parent Tiffani Mathews said. “Social media is the way to get the word out there that, ‘Hey, this isn’t being handled properly.’ ”

The North West Hendricks School Corporation’s “ Parent Code of Conduct ” says parents should not use social media to make rude or offensive comments toward school staff members or the school in general.

The policy also states parents shouldn’t use social media to “campaign against or fuel outrage against individual staff members, the school or policies implemented by the school or district.”

Parents who violate the policy can be removed from the school premises or banned from entering school grounds in the future, according to the policy.

“I have kids in sports,” Mathews said. “I think they’d try to enforce it.”

Mathews has been a vocal critic of the school corporation, both on Facebook and at school board meetings.

“I don’t feel safe sending my kids to school because I don’t trust anybody in this school system,” Mathews told the school board at a November school board meeting.

Although the Parent Code of Conduct took effect in 2016, it has come under recent scrutiny.

The district has faced sharp criticism for keeping teacher Tyler Bruce on its payroll, despite allegations of sexual misconduct involving a student.

Bruce is under criminal investigation, but has not been charged and he denies any wrongdoing.

"I have personally posted about Tyler Bruce," Mathews said. “Those that knew about the situation need to be held accountable for their part in it. None of that has been done.”

Mathews said the district handed out copies of the Parent Code of Conduct at the December school board meeting.

“Nothing that we’ve said is untrue,” Mathews said. “I think they need to take it down. Legally, they can’t do this.”

WRTV shared a copy of the policy with the ACLU of Indiana and asked legal director Ken Falk his opinion.

“I think this is flagrantly unconstitutional,” Falk said. “The overarching problem is you have the government saying if we don’t like what you’re saying, we can punish you — but the government is not allowed to do that. That’s why we have the First Amendment.”

Falk said the policy sends a bad message to students who are learning about the Constitution.

The district may have trouble enforcing the policy with regards to what parents say on social media.

“I think the existence of the policy itself is a First Amendment violation,” Falk said. “If a parent contacts us and says, ‘This policy is in effect and I feel constrained by what I say on social media,' they’ve been damaged, and we can file a lawsuit against the school.”

"North West Hendricks Schools made available copies of the Parent Code of Conduct at the December school board meeting in response to inappropriate and disruptive behavior that had been exhibited at the November board meeting," she said. "The intent was to remind patrons that the district can take action when such behavior is displayed on its campus.

"NWHSC is concerned with policing its social media platforms only and reserves the right to determine what is acceptable there. As for social media and the First Amendment, no action has or will be taken regarding what others may say or share on social media, but encourages civility in all forms of discourse."

Mathews said the policy is already having a chilling effect on parents who are afraid to speak negatively about the district and its policies.

“There are a lot of people who are afraid,” Mathews said. “It’s either going to be retaliation against their children or against the parents.”

Petraits also provided a statement to WRTV that said, “as far as social media is concerned, the district has no authority nor desire to police social media beyond its own."

The full statement from Petraits is below:

"The goal of the NWHSC Parent Code of Conduct is clearly stated in paragraph 2, '... to serve as a reminder of our expected code of conduct from parents and visitors when interacting with or conversing about educators within North West Hendricks Schools.'

· These are behaviors that NWHSC hopes parents and visitors will exhibit that, not only model respect, but also help build healthy, productive relationships for the benefit of the students.

· The district has the latitude to enforce consequences on behavior it deems as threatening or disruptive and on behavior in violation of federal or state statute, local ordinance or board policy while on school property. The specific consequences being: 1) a request to leave the premises; 2) forced removal from the premises; 3) a ban from any NWHSC property.

· As far as social media is concerned, the district has no authority nor desire to police social media beyond its own. Comments on NWHSC media considered abusive, profane, intimidating, rude or offensive will be deleted and the poster potentially blocked from further comment.

· NWHSC discourages parents and community members from taking their concerns/grievances to social media. That practice is generally unproductive and usually leads to rumor and misinformation. Rather, parents and community members are encouraged to take their concerns/grievances to a staff member and/or administrator (following the recommended chain of command) that has the ability/authority to remedy the issue."

This story was originally published by Kara Kenney on WRTV.