Hurricane Rosa off Mexico could bring rip currents, flooding in US 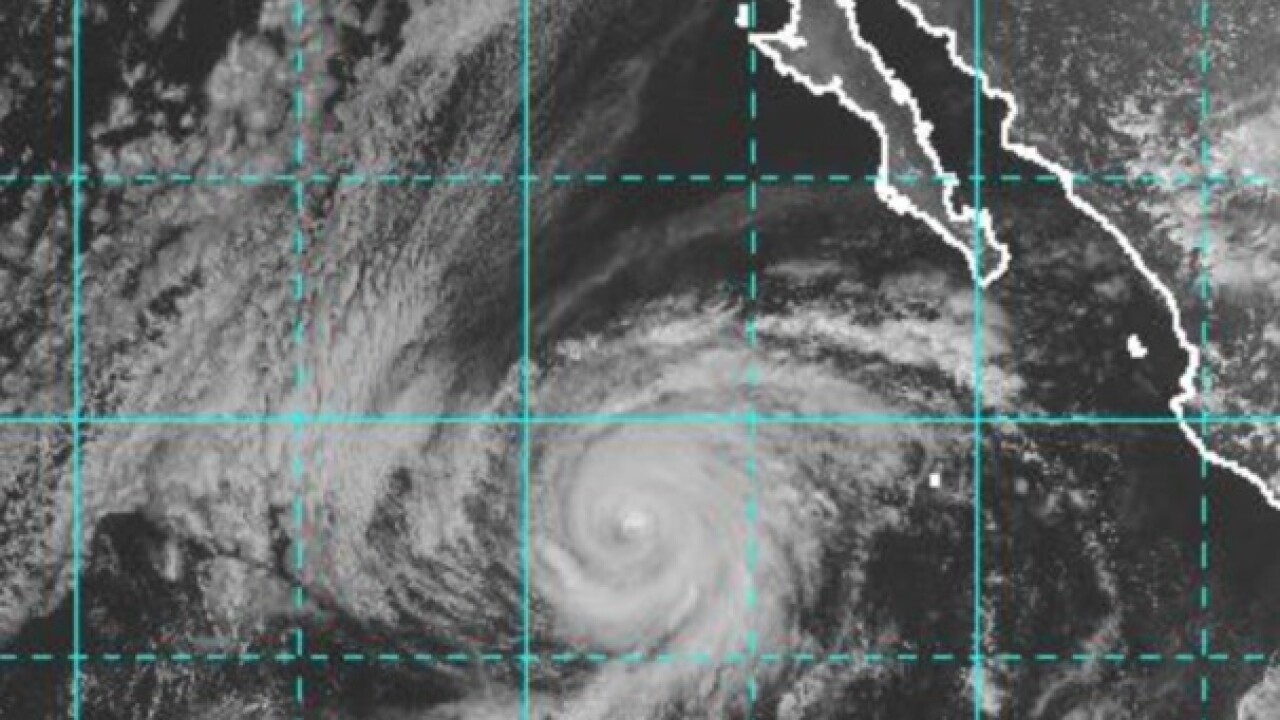 "Heavy rainfall associated with Rosa or its remnants is expected to affect parts of the southwest United States by early next week, which could cause flooding in this region," the National Hurricane Center said.

The National Weather Service's San Diego office said Rosa could bring 5 to 8 feet of surf, with highs of 9 to 10 feet. It warned of strong rip currents in San Diego and Orange counties.

As of late Friday afternoon, Rosa had maximum sustained winds of 120 mph and was about 625 miles southwest of the southern tip of Mexico's Baja peninsula. It was plodding along at 6 miles per hour.

Rosa will begin weakening overnight into Saturday. It is expected to be a tropical storm when it nears northern portions peninsula on Monday night.

Still, it will spread rain into the Southwest US by Tuesday and Wednesday, with 1 to 3 inches possible and possible flooding in western Arizona, southern Nevada and Utah.