How many children would lose parents through mass deportation? 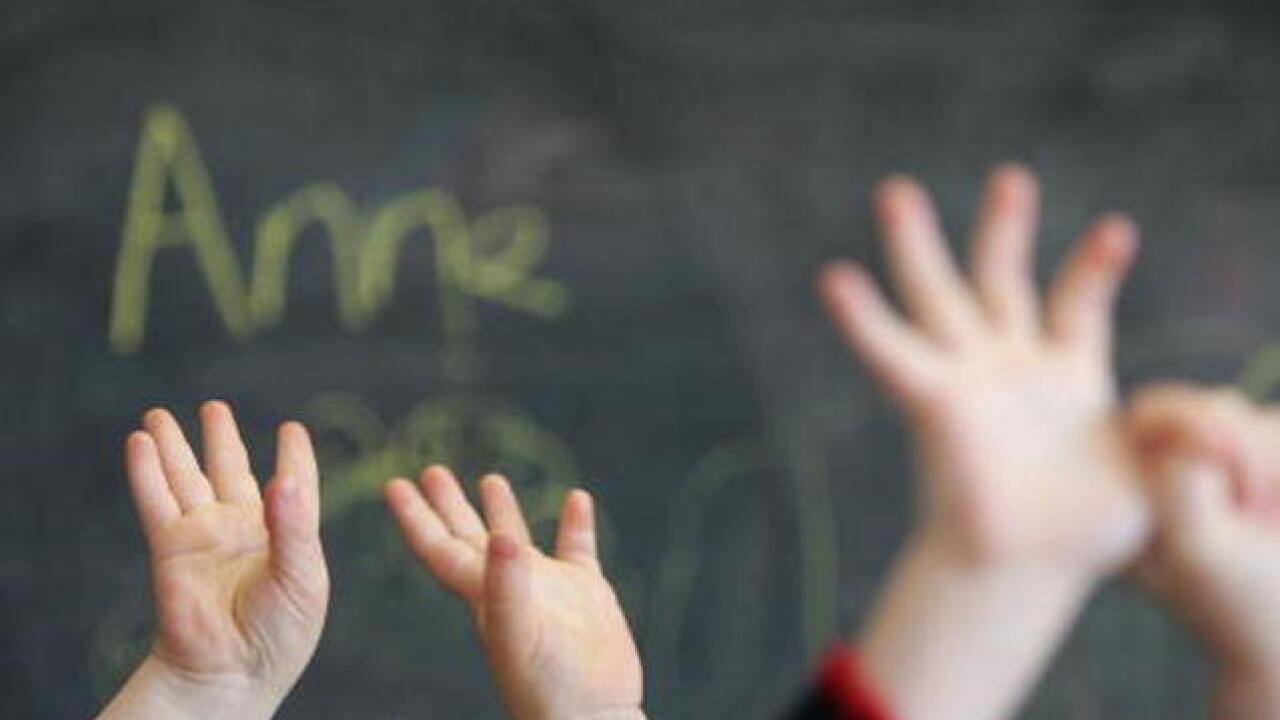 Image copyright 2012 Getty Images. All rights reserved. This material may not be published, broadcast, rewritten, or redistributed.
Christopher Furlong
<p>GLASGOW, SCOTLAND - JANUARY 28: Children wave their hands at a private nursery school January 28, 2005 in Glasgow, Scotland. The average price of pre-school care has increased over the past year, sending child care prices to an average of GBP200 in parts of the southeast. Many working parents in the UK have called for pre-school childcare subsidies such as those in France where nearly 100% of three-year-olds are in pre-school education, despite the fact that school attendance is not compulsory until they turn five. (Photo by Christopher Furlong/Getty Images)</p>

Pew Research released an analysis on Thursday claiming that 3.9 million US school children have at least one parent who is an undocumented immigrant, as of 2014. The 2014 figure would represent 7.3 percent of all K-12 students in American schools.

Of the 3.9 million children, 80 percent are US born, and thus US citizens. That left roughly 725,000 students who are undocumented immigrants themselves.

According to Pew, nearly two-thirds of adults who are undocumented immigrants have been in the United States for more than a decade.

While there was a rapid increase in the number of children with undocumented parents from 1995 to 2005, those numbers stabilized and even slowly declined from 2005 to 2009. But since 2009, those numbers have been slowly on the rise.

While nearly 3.2 million children are allowed to remain in the United States, their parents are subject to deportation.

President-elect Trump has made mass deportations a part of his campaign pitch. He told 60 Minutes last week he plans to immediately remove 2 to 3 million undocumented immigrants who have criminal records as soon as he is able to.

Although Trump has said that he does not plan to immediately deport immigrants who have not committed violent crimes and who have children who are US citizens, he has not offered a long-term solution on what to do with parents of US citizens.

Trump has also not offered any policies to curb any impacts to the foster and adoption care system caused by mass deportation.