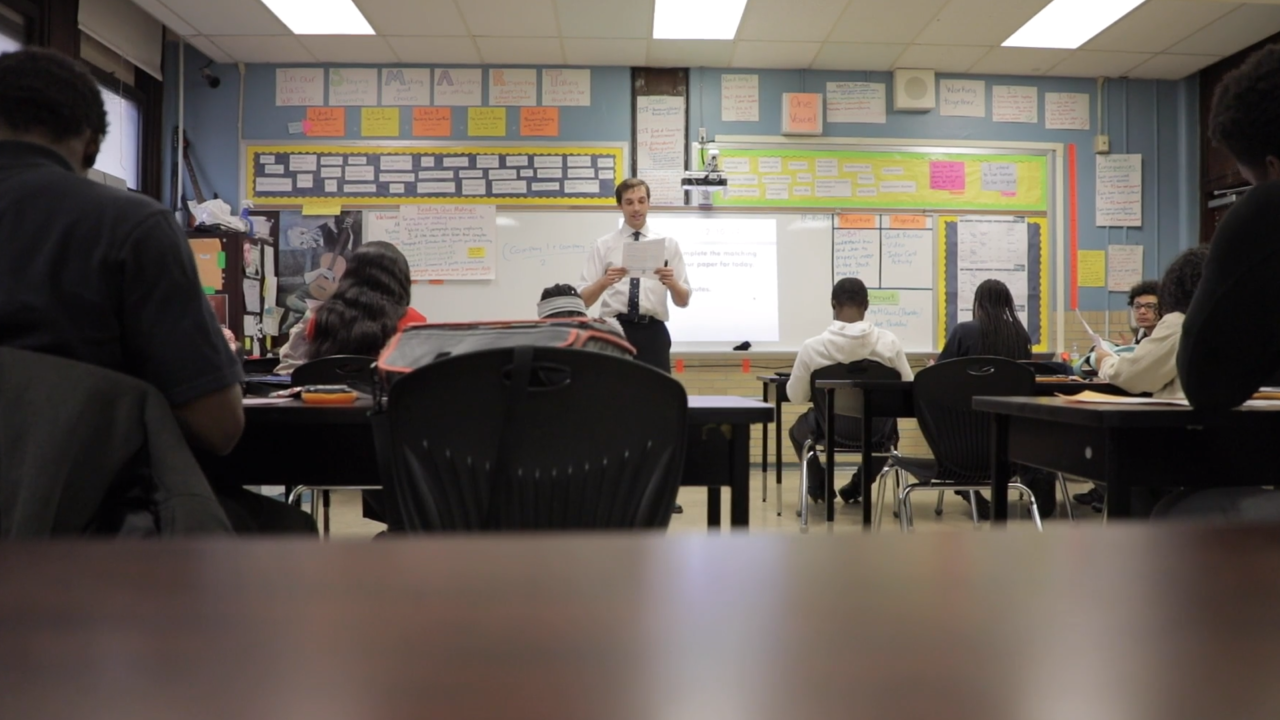 PHILADELPHIA, Pa. – Teaching young people financial literacy can set them up to make wise decision with their money as adults. One teacher at in Philadelphia is taking a unique approach to teaching the concept.

Lasalle saw a nationwide problem. According to Standard and Poor's, the U.W. has a financial literacy rate of 57% which is ranks just a little better than the country of Botswana.

So, Lasalle started a personal finance class at Olney, but it’s a little different.

“Generally, students, if they are admitted to the program, they’re guaranteed $100,” said Lasalle. “So, we’ve had some students in the past earn $5,000 or more.”

Lasalle gives his students jobs and pays them. And the jobs can be anything. The only requirement is that they complete them and that they make the school or community a better place.

Katianna Figueroa and Chris Olivera founded a student organization called “Students Speak Out” at Olney. They haven’t figure out how much they’ll get paid yet, but they do know what they want to do with the money.

“I know that college is very expensive,” said Figueroa.

“I would definitely save it,” said Olivera. “I mean want to go to school for nursing which I know is like really expensive and it’s kind of like my goal and my dream, so I know that’s going to cost a lot of money.”

Not going into debt to pay for college is huge. Americans have amassed more than $1 trillion in student loans. While it’s impossible to attribute all of that to Americans being financially illiterate, it’s clearly part of the problem. And when parents aren’t financially literate, they often pass that down to their kids.

“They get their paycheck every week and they spend it on whatever they would like or what they need and I don’t want to be part of that,” said Figueroa.

“My parents like don’t know anything really about that,” said Olivera. “I think my dad just got his first credit card a little bit ago and I kept telling him I was like ‘don’t spend a lot on your credit card. Buy small things so you can pay it off really fast because you’ll be in debt and that interest is crazy.’”

Lasalle and teacher Christopher Bishop manage the classes, the paychecks and everything that goes along with it.

“There are no strings attached to this money," said Lasalle.

“So, they open checking and savings accounts, they get real money, by the end of the year they’ll have their own retirement accounts set up,” said Bishop.

That’s another part of the class, students can do whatever they want with the money. At the beginning they find that students will spend on fast food, movies or whatever, but by the end they see a big difference.

In one class, students learned about why it’s a better idea to buy index funds, a piece of the entire stock market, as opposed to individual stocks. They also learned about the different ways to save for retirement, emergency funds, and other helpful financial habits.

“So that they can eventually mimic the practices of what wealthy people do,” said Lasalle. “Living below your means, paying yourself first, investing in low cost mutual funds, dollar cost averaging.”

Lasalle thinks this class isn’t hard to replicate if teachers can find grants like he did to pay students.

“If there is a funding source for a school, the redistribution of paychecks is easy,” said Lasalle.

And if more schools started teaching students how to use money, that could put a huge dent in some of our country’s personal finance issues.