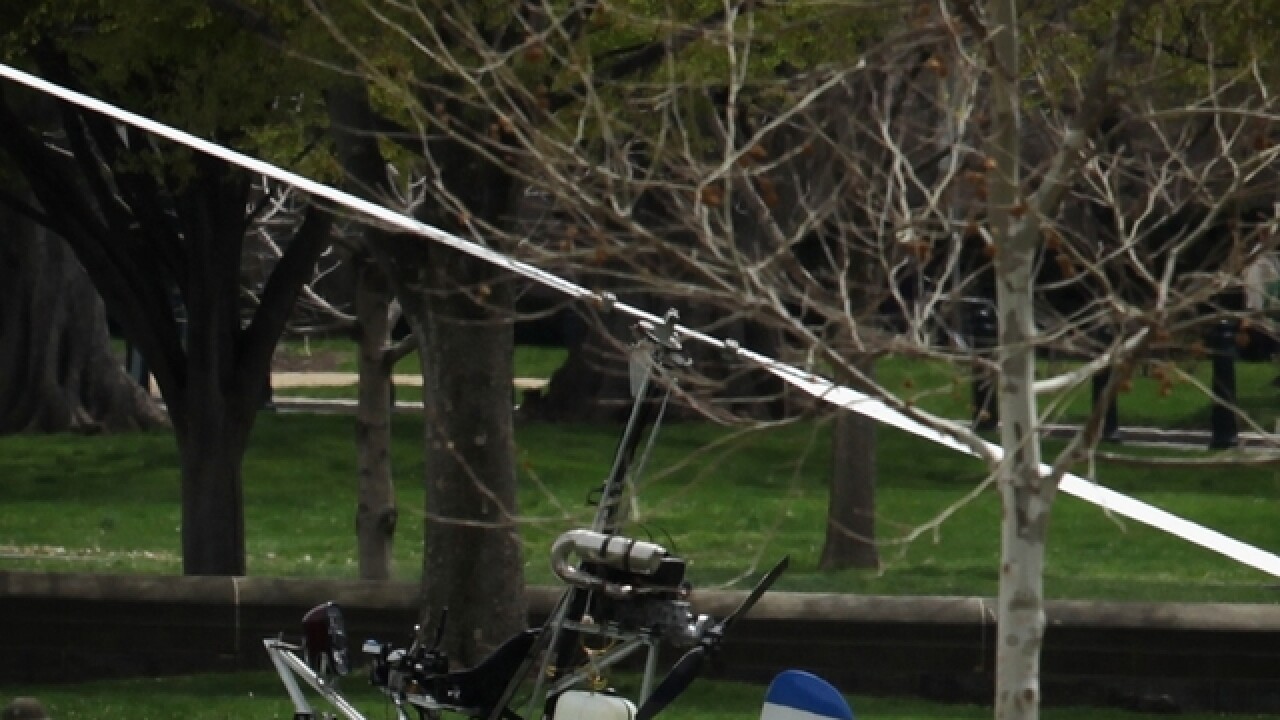 WASHINGTON (AP) — A man who piloted his one-person gyrocopter through some of the most restricted U.S. airspace and landed on the lawn of the Capitol was scheduled to be sentenced Thursday.

Douglas Hughes, 62, has said his April 15, 2015, flight in the bare-bones aircraft was a way to call attention to the influence of big money in politics. The former mail carrier from Ruskin, Florida, was carrying letters for each member of Congress on the topic of campaign finance and the tail of his aircraft had a postal service logo.

Hughes pleaded guilty in November to a felony of operating a gyrocopter without a license.

Prosecutors are asking for 10 months in prison, arguing that his flight from Gettysburg, Pennsylvania, to Washington put countless lives at risk. In a court document they filed ahead of the sentencing hearing, they argued Hughes' flight "put unsuspecting people in real danger, disrupted operations at the United States Capitol, and demonstrated a profound disrespect for the law and the legitimate rights of others." Hughes "craved attention" and "violated important public safety laws because he wanted people to pay attention to his political views," prosecutors wrote.

Hughes' attorneys say he should be allowed to remain out of jail. Their statement to the court underscored that no one was injured as a result of Hughes' flight. They called the stunt an "act of aerial civil disobedience" and a "freedom flight" and said it "was in the nation's proud tradition of nonviolent civil disobedience."

"The attention his flight gained, Mr. Hughes hopes, will force the nation to finally confront the issue of campaign finance rather than continue to ignore the problem. For this reason, Mr. Hughes should be considered a hero for his conduct," his attorneys wrote.

Hughes' attorneys and prosecutors disagree about how much danger the public was in as a result of his flight. Prosecutors wrote Hughes had "close encounters" with several aircraft and flew "dangerously close" to a commercial flight departing a Washington-area airport. Hughes calls it a "fabrication" that he almost collided with the commercial flight.