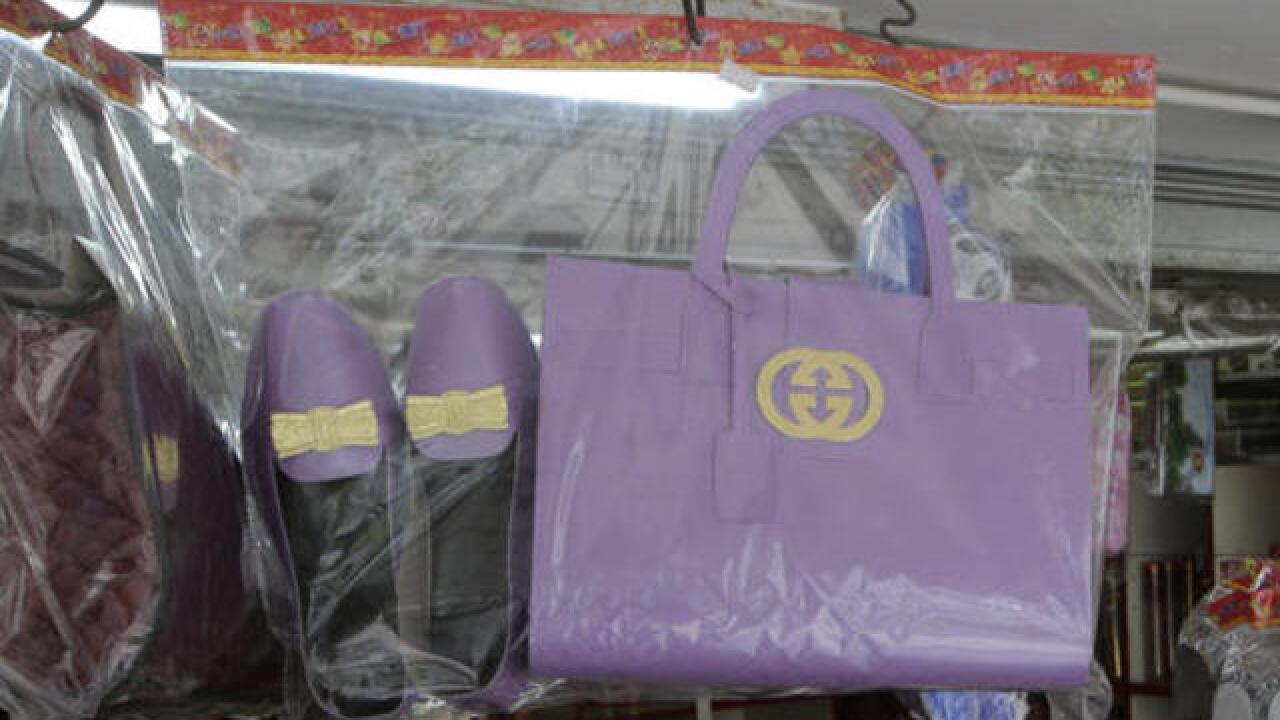 Kin Cheung
<p>Paper offerings featuring a pair of shoes and a hand bag are displayed at a store in Hong Kong, Friday, May 6, 2016. Gucci and its parent company have apologized after drawing heavy criticism for a warning to some Hong Kong shops not to sell paper offerings for the deceased resembling the fashion brand's luxury products. (AP Photo/Kin Cheung)</p>

By: Associated Press
Posted at 5:34 AM, May 06, 2016
HONG KONG (AP) — Gucci and its parent company apologized Friday after drawing heavy criticism for warning some Hong Kong shops not to sell paper offerings for the deceased that resembled the fashion brand's luxury products.
The brand and its Paris-based owner, Kering, also said in a statement that they regretted any misunderstanding caused by the letters, which were sent to six shops last month.
After meeting with the shop owners, "Kering and Gucci would like to reiterate their utmost respect with regards to the funeral context," the statement said.
In Hong Kong and some other parts of Asia, people burn paper offerings at funerals and during grave-sweeping festivals for deceased relatives to "use" in the afterlife.
Specialty shops near funeral parlors sell a diverse array of paper offerings, including bundles of "hell money," mansions, iPhones, cars, cigarettes and designer handbags, cans of beer and soda, mahjong tables and dogs and cats.
The letters, which were sent as part of the companies' global intellectual property protection efforts, did not suggest legal action or compensation because they did not believe the shop owners intended to infringe on the Gucci trademark, the statement said.
Gucci operates 11 boutiques in Hong Kong and is one of the brands most coveted by shoppers, including many visiting from mainland China, where luxury goods are more expensive because of higher taxes.
Associated Press 2016