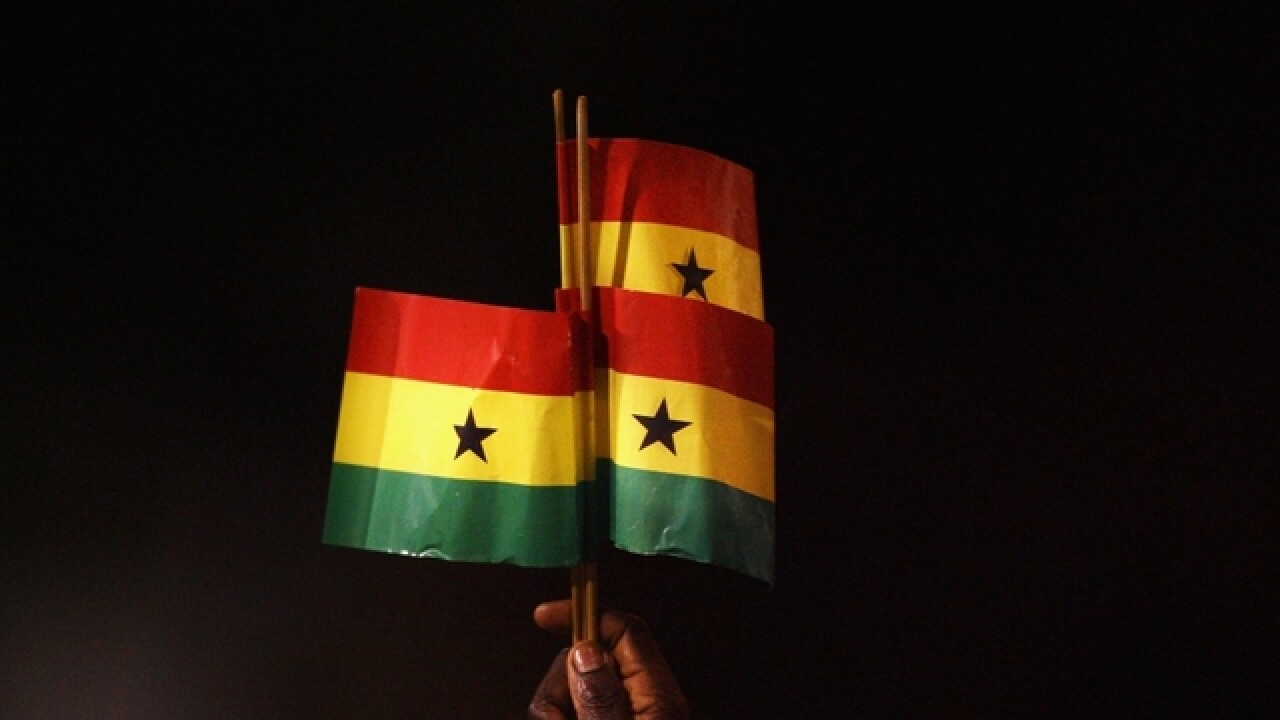 ACCRA, Ghana (AP) — A head-on collision between a passenger bus and a truck in central Ghana killed 53 people in the deadliest road accident in recent memory, officials and witnesses said Thursday.

The accident occurred Wednesday night in the town of Kintampo, more than 400 kilometers (250 miles) north of the capital, Accra, said Christopher Tawiah, a regional police spokesman. The survivors included 18 adults and five children, Tawiah said, adding that they were being treated at the town's government hospital.

Bodies were strewn on the road in a scene of "devastation," said Fred Dwomoh, whose son survived.

"This accident has shattered families," Dwomoh said by phone from Kintampo.

Relatives of some other passengers awaited news.

"My wife was on that bus and l am dreading to go to the hospital," said Peter Frimpong, a trader in Accra. "I have asked my brother to check to see what has happened to her."