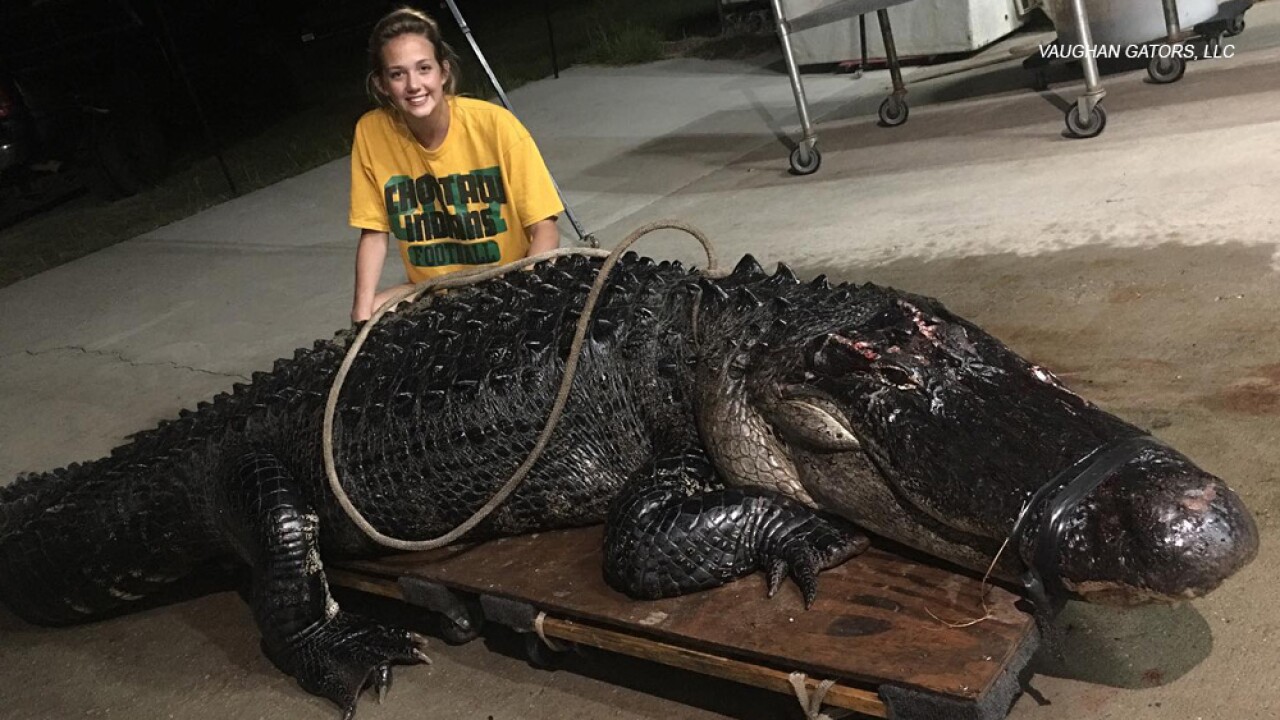 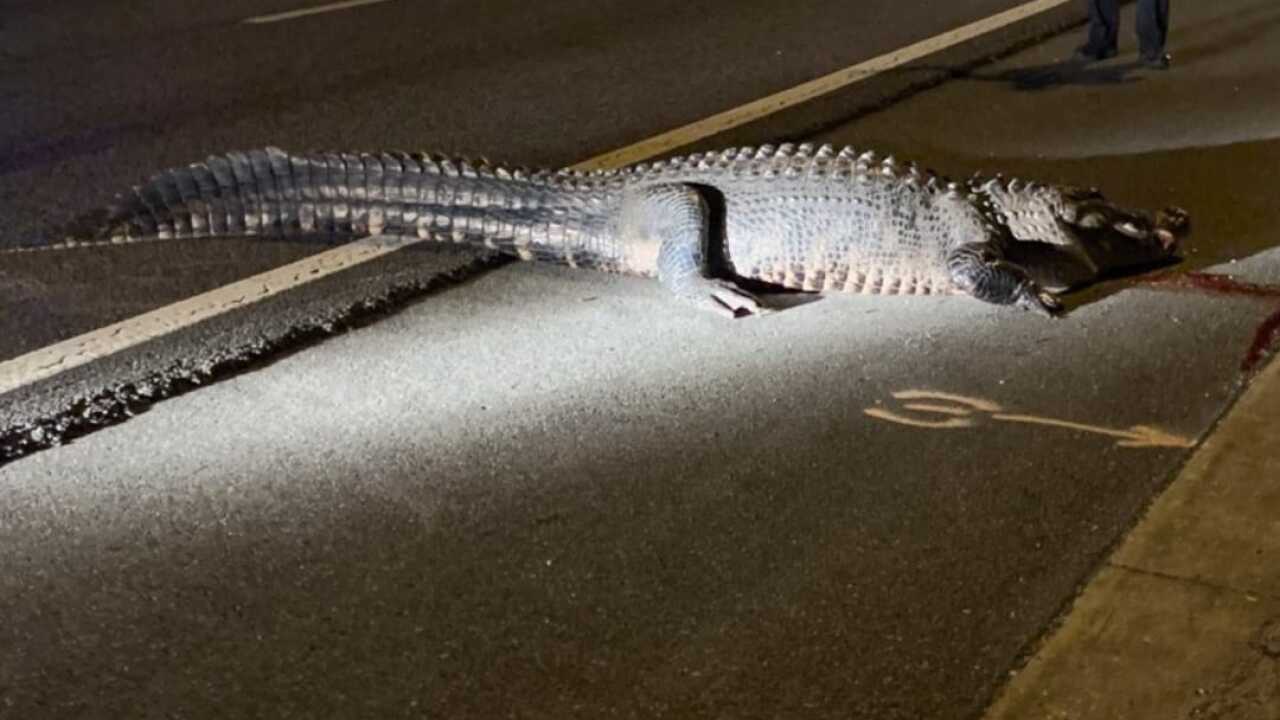 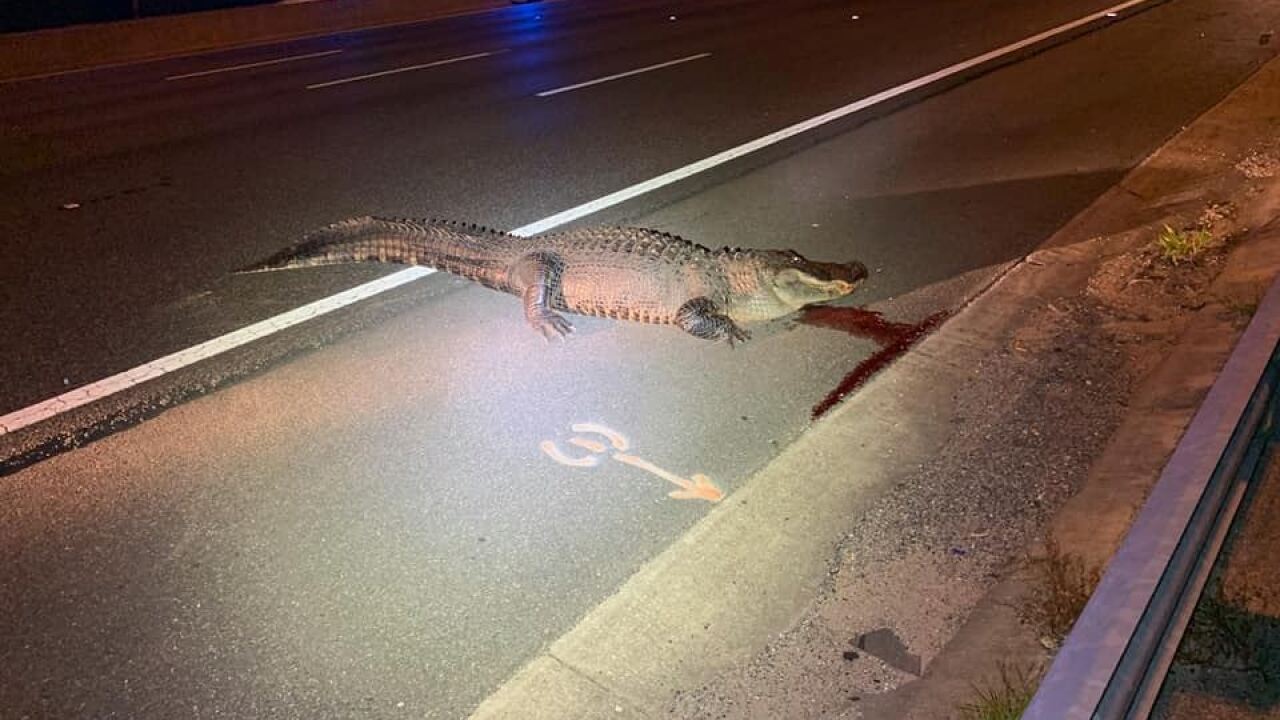 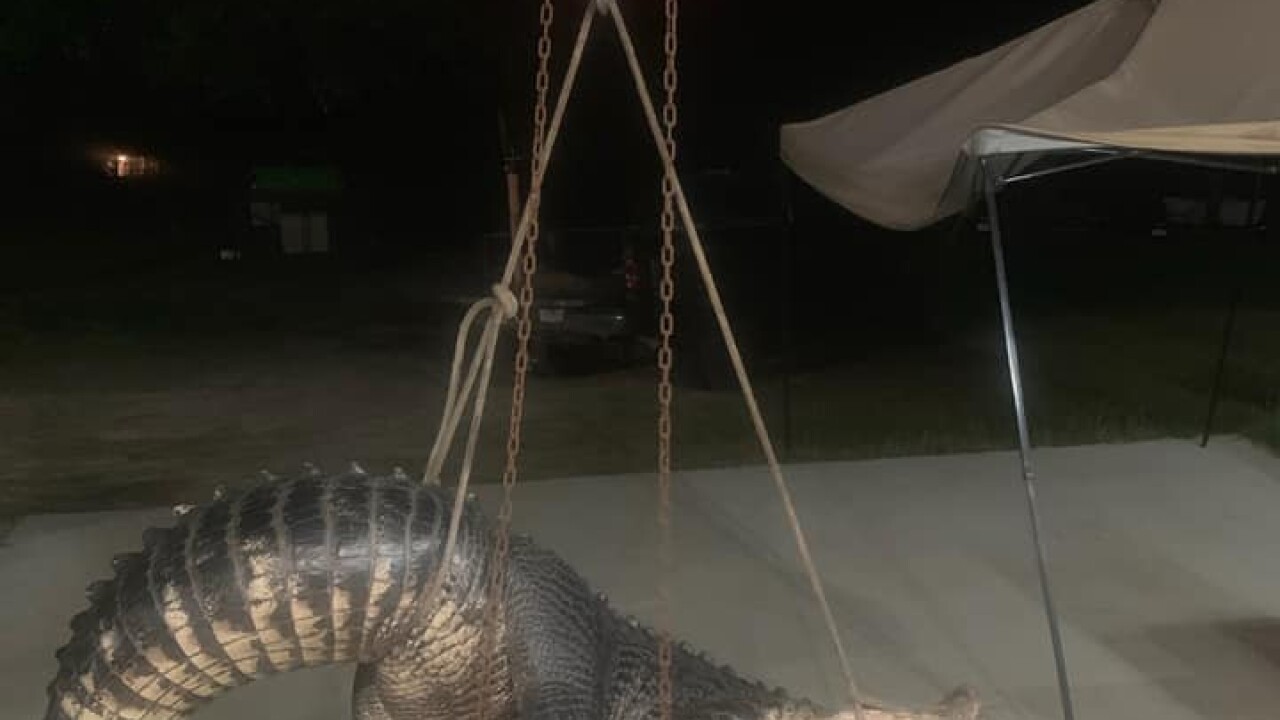 An alligator weighing more than 450 pounds was hit by a semi-truck on an interstate in north Florida earlier this month.

The alligator was struck just after midnight on June 3 on I-10. A semi truck reportedly hit the alligator, and the gator survived.

Broderick Vaughan of Vaughan Gators, LLC responded to the scene. He tells said the gator was more than 12 feet long and weighed 463 pounds.

Vaughan says it's one of the largest gators he has ever corralled.

He says the gator had to be euthanized, because by law nuisance gators bigger than four feet cannot be released.

This story was originally published by WFTS in Tampa, Florida.