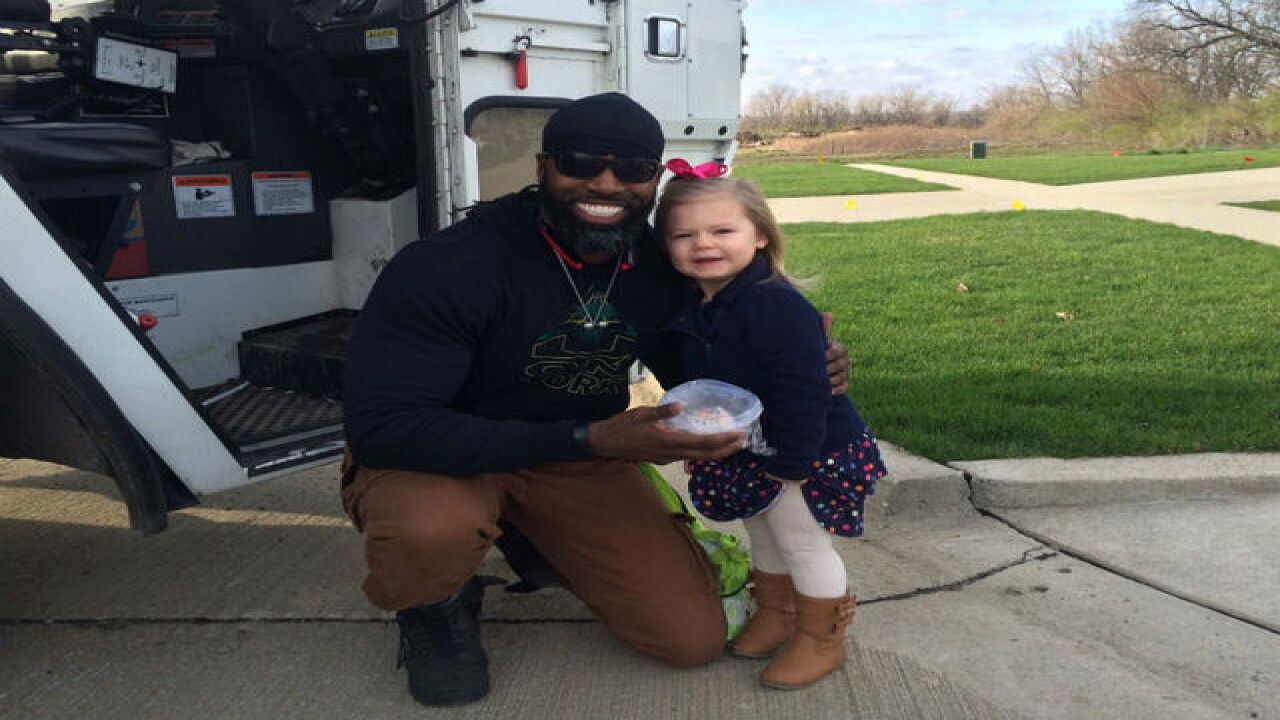 BLOOMINGTON, Ill. -- A young girl in Illinois had the "best morning ever" thanks to a visit from her favorite person – her neighborhood garbage man.

In a post to its Facebook page, the city of Bloomington, Illinois, said they received the story about garbage man Delvar D. from the young girl's mother.

The girl, name Brooklyn, apparently loves garbage day, which is Thursday, and makes a point of being outside every day to wave at Delvar.

Earlier this month, Brooklyn flagged down Delvar and showed him she had something for him – one of her birthday cupcakes all wrapped up.

Brooklyn's mom explained what happened next:

He pulled over, got out and gave us his BIG smile. Brooklyn was instantly speechless as she handed him the cupcake. I explained to him that he makes our day every Thursday, and we really appreciate the honking and waving, and how special of a day it is for us.

Then... (melt my heart)... he explained that he looks forward to seeing us every Thursday as well. He said that he has a meeting every Thursday morning and always tries to get out of there in a hurry so that he can make sure to see us every week. He said he doesn't have any kids of his own, but he mentors several children and just loves them. I can't believe that I never got his name, so for now he will continue to be "our favorite awesome smiley garbage man".

After he left, we continued onto daycare. Brooklyn was unusually quiet in the backseat. I asked her if she was okay, and she said "Mommy, Im so happy."

So... to "our favorite awesome smiley garbage man"...
THANK YOU!!! Thank you for the joy that you bring Brooklyn every Thursday morning, for making her birthday special, and for making my heart happy. It may be a little thing that you do, but it means so much to us!"

The story of Brooklyn and Delvar's friendship was receiving national attention this week, with more than 2,500 people sharing it on Facebook. It was also picked up by ABC, where it was shared an additional 13,000 times.