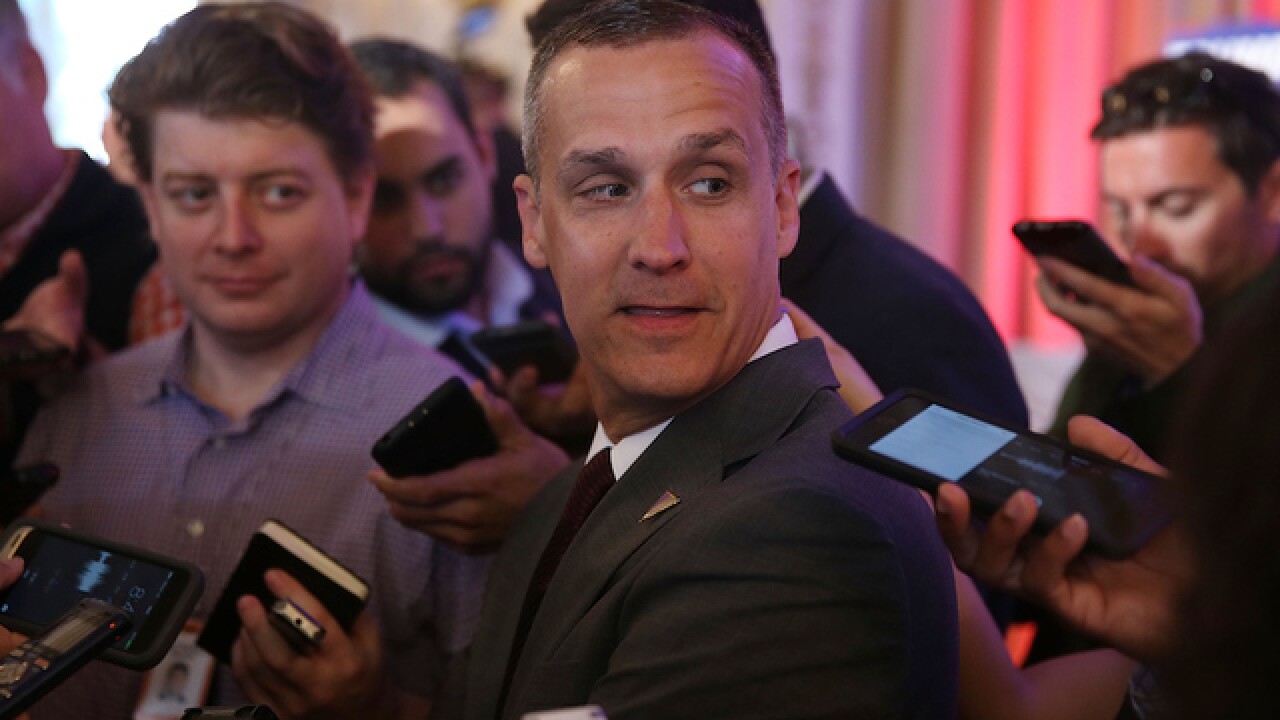 NEW YORK (AP) — CNN says Corey Lewandowski, who served a brief, stormy stint as CNN commentator after being fired as Donald Trump's campaign manager, has resigned from the network.

Lewandowski's stay at CNN began days after he left the Trump campaign in June. It stirred debate over whether political insiders hired as network on-air contributors are more loyal to the politicians they once worked for than the network and its viewers.

Lewandowski had stayed in close touch with Trump while at CNN, leading to speculation since Trump's victory this week that he might take a role in the new administration. Earlier on Friday, he was seen arriving at Trump Tower, where the president-elect was holding transition meetings.