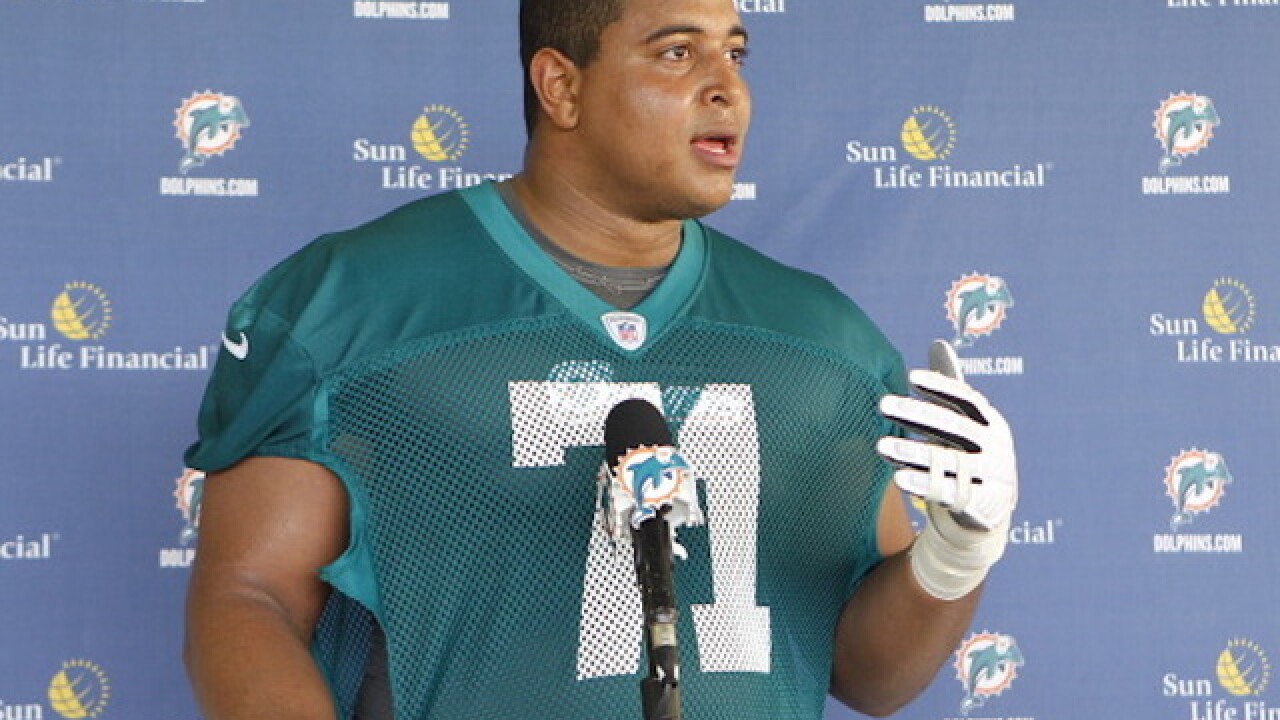 Copyright 2018 Scripps Media, Inc. All rights reserved. This material may not be published, broadcast, rewritten, or redistributed.
Joel Auerbach
DAVIE, FL - MAY 4: Jonathan Martin #71 of the Miami Dolphins talks ot the media after the rookie minicamp on May 4, 2012 at the Miami Dolphins training facility in Davie, Florida. (Photo by Joel Auerbach/Getty Images)

Former NFL player Jonathon Martin has been taken into custody by Los Angeles police after appearing to post a threatening Instagram story that caused a school to go into lockdown.

"The individual we believe responsible for the social media post in question has been detained and our investigation is ongoing," the Los Angeles Police Department said in a statement to ESPN.

On Friday, an Instagram account appearing to belong to Martin posted a story that included a photo of a long gun and ammunition. The photo included the caption "When you're a bully victim & a coward, your options are suicide, or revenge." The photo also included the hashtag #HarvardWestlake, an apparent reference to a Los Angeles high school and Martin's alma mater.

Here is the image from Martin's Instagram Story that prompted the closure pic.twitter.com/dJ9tYww8SL

Harvard Westlake closed both of its Los Angeles campuses after learning of the threat on Friday.

The Instagram photo in question also included the social media handles for three of Martin's former teammates. James Dunleavy was Martin's teammate at at Harvard Westlake, and both Richie Incognito and Mike Pouncey played on the Miami Dolphins with Martin.

In 2013, Martin left the Dolphins mid-season after claiming he was bullied by other players. Incognito was suspended for his role in the incidents.