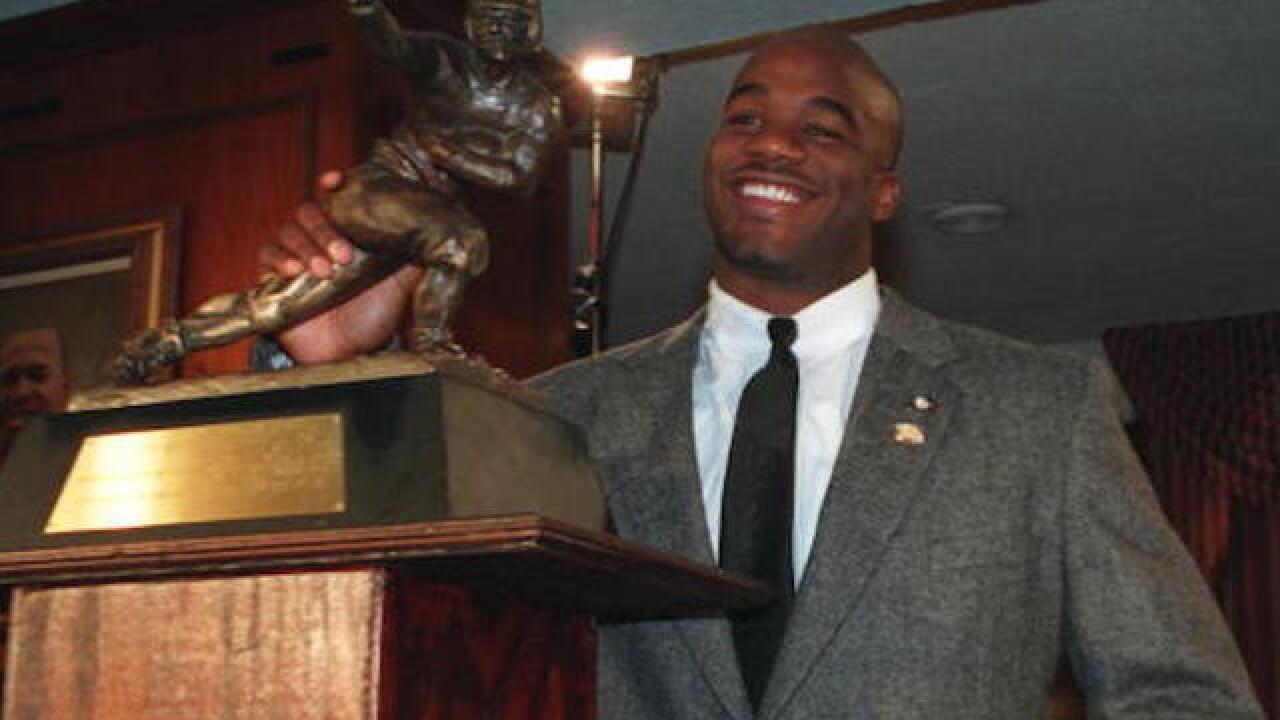 Jed Jacobsohn
<p>10 Dec 1994: COLORADO RUNNING BACK RASHAAN SALAAM WITH THE HEISMAN TROPHY AFTER BEING NAMED AS THE 60TH WINNER OF THE AWARD AT THE DOWNTOWN ATHLETIC CLUB IN NEW YORK CITY NEW YORK.</p>

The Boulder County coroner's office was still investigating the cause of the death of the 42-year-old Salaam, who won the Heisman in 1994.

The body of the one-time running back was found Monday night at Eben G. Fine Park in Boulder. Police say foul play was not suspected.

Salaam led Colorado to one of its best seasons in 1994, when the Buffaloes went 11-1 beat Notre Dame in the Fiesta Bowl and finished No. 3 in the final polls.

He had a terrific rookie season with the Chicago Bears in 1995, rushing for 1,074 yards and 10 touchdowns.

But he only scored three times in the next two years and he played his last game in 1999 with the Cleveland Browns.