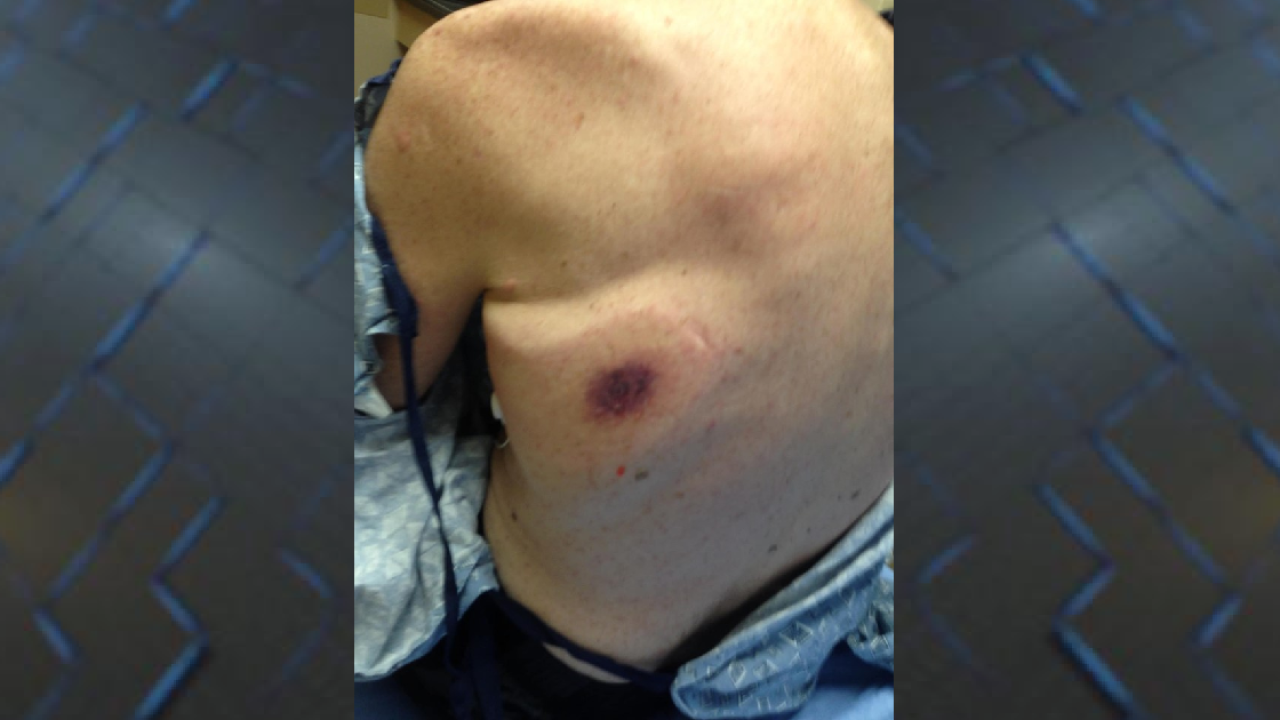 TALLAHASSEE, Fla. — A Florida woman said in a Facebook post on Wednesday that her father died after contracting flesh-eating bacteria while swimming in the Gulf of Mexico in the beach town of Destin.

In the post, which has been shared more than 19,000 times, Cheryl Bennett Wiygul detailed how her father contracted the bacteria.

"My parents were coming down to stay with me in Florida about a week after the post about a 12 year old girl contracting bacteria that turned into necrotizing fasciitis (flesh eating bacteria) in Destin started circling around. I didn't want to believe that," Bennett Wiygul wrote in the post. "My family loves being in the water. Our county, Okaloosa County, posted an article titled 'Rumor Control,' in response to the post which seemed to diffuse everyone's fears."

Still, Bennett Wiygul was cautious, noting that the 12-year-old girl who contracted the bacteria had a cut on her leg. So she researched and was "fanatical" about using proper protection.

"My Dad didn't have any open wounds. He had a couple places that were practicality healed small scratches on his arms and legs that I made sure were super sealed up," Bennett Wiygul said. "My mom religiously sun-blocked him. We were taking precautions and we were good, so I thought."

She said the family had a blast and visited the beach in Destin twice, played in Turkey Creek, swam in Boggy Bayou and spent a day in Rocky Bayou riding jet skis and throwing a ball around in the water. But 12 hours later, Dave Bennett woke up with a fever, chills and some cramping.

"My parents had planned to head back to Memphis that morning anyway and my mom wanted him to be near his doctors to have him checked out. He'd been sick before and they knew his history so it seemed like the best thing to do," Bennett Wiygul wrote.

But things got worse on their way home, and the pain from his legs was becoming severe. Because he was a cancer patient, the family didn't take any chances and quickly got him to a hospital. When they examined him, they found a swollen, black spot on his back that wasn't there before.

"My mom sent me a picture of it, and it felt like someone sucker punched me," Bennett Wiygul wrote. "... I never saw a cut on his back and neither did she. We certainly hadn't seen this spot. I told her to tell them he was in the water in Florida and it was necrotizing fasciitis."

However. Bennett Wiygul said medical professionals were suspicious toward her mother when she suggested necrotizing fasciitis.

"One person told her the media had blown that out of proportion," Bennett Wiygul wrote. "Others said it was staph. They would not biopsy it. They did start him on IV antibiotics."

But she says the black spot doubled in size and another began to appear as her father's pain intensified. By 1 a.m., her father was septic, and officials moved him into the intensive care unit. He went into cardiopulmonary arrest once and was resuscitated before going into cardiopulmonary arrest again. By that time, medical staff declared that his organs were too damaged and his blood too acidic.

"He was gone by Sunday afternoon. Less than 48 hours after getting out of the water feeling great, the bacteria had destroyed him," Bennett Wiygul wrote.

Lab results confirmed what Bennett Wiygul suspected all along: Vibro vulnificus, which manifests into necrotizing fasciitis, or flesh-eating bacteria.

"There were no bacteria warnings at any beach or park we went to," Bennett Wiygul explained. "They do post advisories for high bacteria but there were none."

That's why she took to social media to share her story with the public. While she knew you shouldn't swim with an open wound, she didn't realize that people with compromised immune systems should stay out of the water too. If there had been a sign, she says she wouldn't have let her father get in the water.

"I am absolutely not trying to scare people from the beach or swimming. I love the water and so did my Dad," Bennett Wiygul wrote. "People do need to know how to be more cautious and how to recognize symptoms. There is information out there but I didn't find it all until it was too late. I don't want this to happen to anyone else."

The family is planning a Celebration of Life for her father on July 20.

According to the CDC , those who are most at risk of contracting Vibro vulnificus are those with diabetes, kidney disease, cirrhosis of the liver, cancer, and anyone with a compromised immune system. The CDC also says that eating raw seafood, particularly oysters, and exposing open wounds to saltwater or brackish water can also increase a person's chance for getting vibriosis.

For more on what the CDC recommends, click here.

This story was originally published by WTXL.