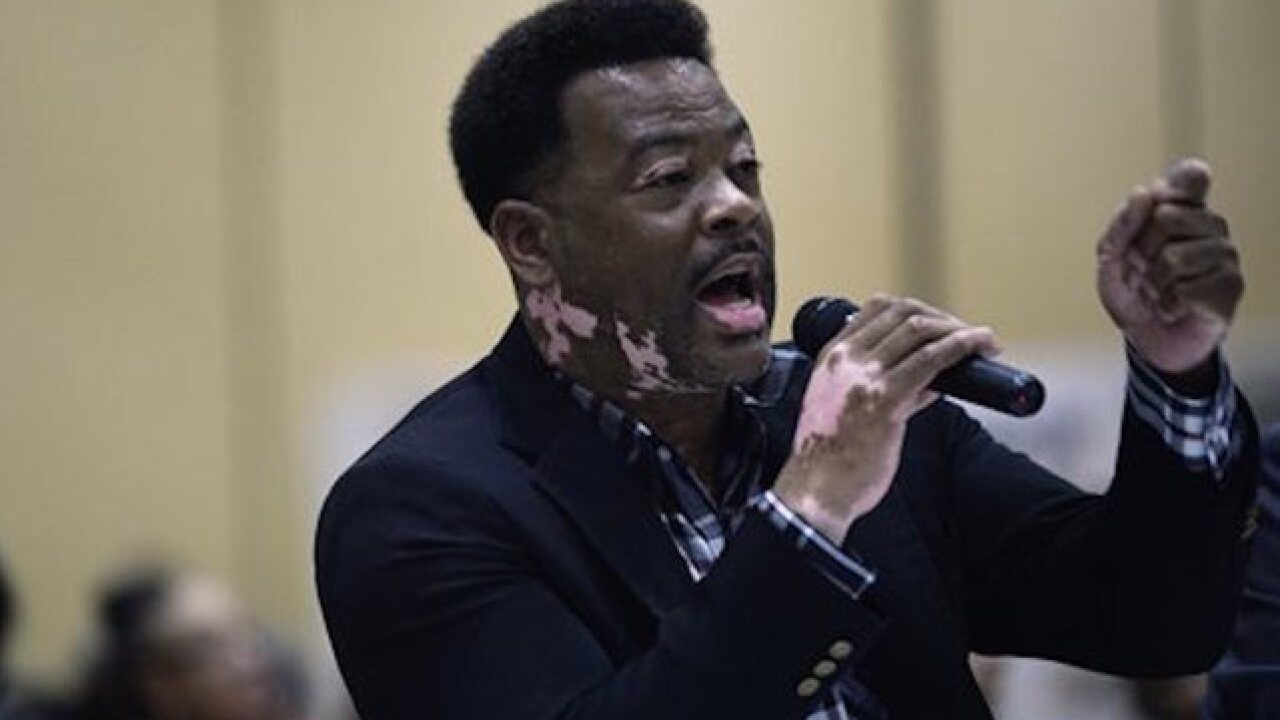 FLINT, Mich. (AP) — Half a century after a civil rights panel investigated Flint's segregated housing, the commission held its first hearing Thursday into whether city residents again faced discrimination or racial bias — this time related to the city's crisis over lead-tainted drinking water.

Dozens of Flint residents spoke before the Michigan Civil Rights Commission about their anger, fear and distrust, two years after the financially strapped city switched its water source while under state control to save money. Some residents in the largely minority city said the contamination wouldn't have occurred in a wealthy, predominantly white community.

A mention of the previous investigation by the commission's co-chairman resonated with Jonnie Faye Townsend, 52, who said she suffers from ulcers, diabetes and other problems. She suspects the water contributes to her health problems and has "psychologically tampered with me."

"We have been and continue to be discriminated against — classism, ageism and systemic racism," she said. "Fifty years of complaints ... and no one cared enough to put a stop to this systemic racism. I know it can't be done in one day but we have to do our best by (holding) conversations to resolve this."

Flint is under a state of emergency after improper treatment allowed lead from old pipes to leach into the Flint River water the city was using. Residents have been told to use water filters and pregnant or nursing women and children under age 6 should use bottled water.

"When we get up in the mornings, we have to think about every movement we make," said Elaine Connor, 66, who tested positive for lead and suffers from chronic health problems that she says have been exacerbated by the problems with the water. "How we brush our teeth, when we wash our face — we need to be careful not to get it into our eyes. ... You have to mindful when you bathe your children."

Commission co-chairman Arthur Horwitz said while two more hearings are planned, the board has come to the "inescapable conclusion that this is a case of environmental injustice." He said that's based on the findings of a report released last month by a bipartisan task force created by Michigan Gov. Rick Snyder, as well as prior testimony at the state capitol by Flint residents.

The commission decided in January to hold hearings. If it finds violations, it can order the violator to stop and take corrective action. That order can be appealed to circuit court.

Horwitz had noted that the commission first conducted hearings in Flint 50 years ago to investigate problems associated with urban renewal, particularly access to decent housing.

The 1966 probe found a "rigidly segregated" city with people living in "squalid conditions." It also called for an investigation into "the harmful effects of fumes and deposits from industrial operations on property and public health" in a mostly black section of the city.

President Barack Obama plans to visit Flint next week. He's due to receive a briefing on the federal effort to assist in the cleanup and to hear directly from Flint residents about the toll the contamination has had on their health and their lives.

Michigan State Police Capt. Chris Kelenske told the commission that roughly 11 million liters of water — equal to about 927,000 cases of bottled water — have been distributed to residents, and the state has coordinated the distribution of 116,000 filters and 47,000 water-testing kits. He adds that officials have visited all homes of active water customers.

Yaquelin Vargas, 21, said she and her father moved to Flint six years ago from San Antonio, Texas, after successfully bidding on a home. They had no connection to the Michigan city other than finding a small house on the city's east side that was "affordable," she said.

Vargas said having their own home was a "dream come true," but now they struggle in in it: Her father has become too ill to work — problems she says are worsened by the water — and she must care for him and her 7-month-old daughter, Lydia, who has tested positive for lead.

Although the public health emergency was declared last October, she said she didn't learn her water required a filter until January, and that word came from a community volunteer.

She broke down crying before the committee, and tried to regain her composure.