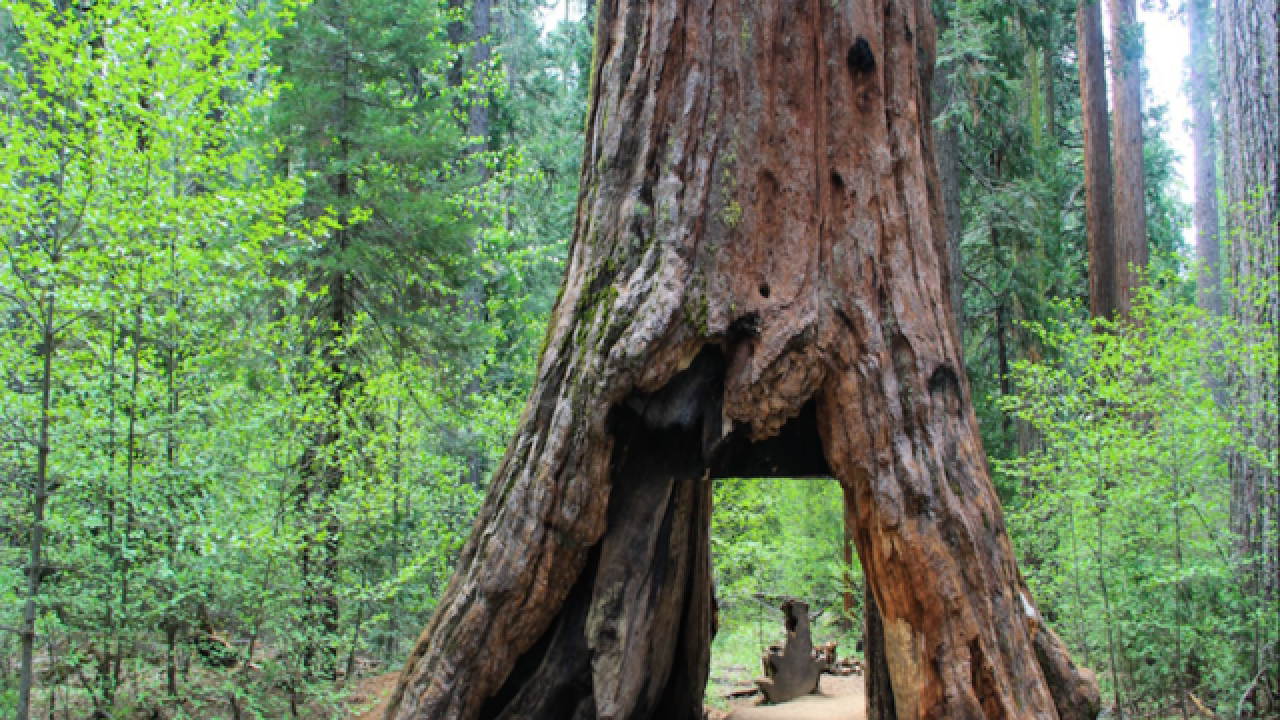 California is being battered by a wet winter storm, and it's claimed one of the state's iconic giant sequoia trees as a victim.

California’s historic “Pioneer Cabin Tree” hollowed out in 1880s for cars has been toppled by powerful storm https://t.co/WSiVND4oXM pic.twitter.com/mi4g7cPolD

The hole in the tree was cut in the 1880s to compete with "drive-through" trees in nearby Yosemite National Park. The San Francisco Chronicle reports cars once drove through the tree, but in recent years only hikers were allowed to walk through it.