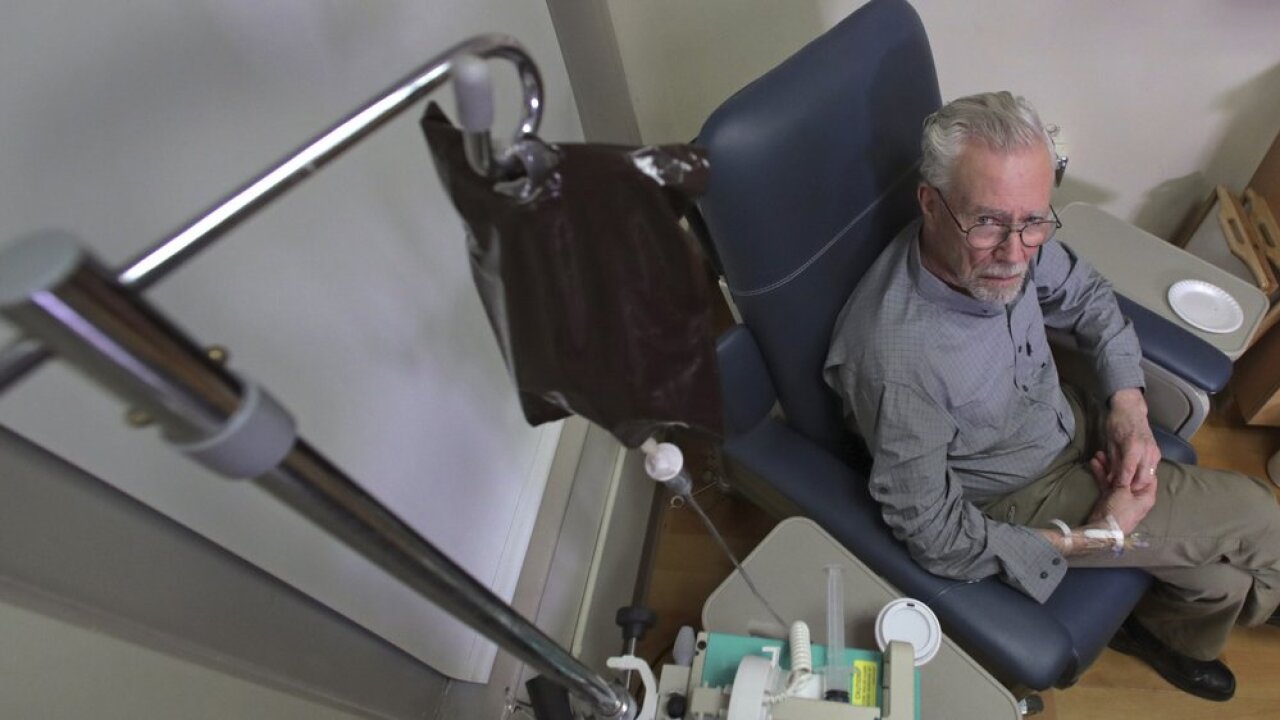 A company that claims to have the first drug to slow mental decline from Alzheimer’s disease made its case to scientists Thursday but left them sharply divided over whether there’s enough evidence of effectiveness for the medicine to warrant federal approval.

Excitement and skepticism have surrounded aducanumab since its developers stopped two studies earlier this year because it didn’t seem to be working, then did a stunning about-face in October and said new results suggest it was effective at a high dose.

During Thursday’s presentation at an Alzheimer’s conference in San Diego, the developers convinced some experts that the drug deserves serious consideration. But others were dubious.

Changes made during the study and unusual analyses of the data made the results hard to interpret. And the newly released results showed the drug made only a very small difference in thinking skills in one study and none in the other.

Alzheimer’s patients and families are desperate for any help, no matter how small, adding pressure on the Food and Drug Administration to approve something.

But with conflicting results, “I don’t see how you can conclude anything other than that another trial needs to be done,” said the Mayo Clinic’s Dr. David Knopman, who was involved in one of the studies.

Laurie Ryan, a dementia scientist at the National Institute on Aging, agreed: “We need more evidence.”

Other doctors who consult for the drug’s developers cheered the results. Dr. Paul Aisen, a dementia specialist at the University of Southern California, said they were “consistent and positive” in showing a benefit at a high dose — “a truly major advance.”

Aducanumab aims to help the body clear harmful plaques, or protein clumps, from the brain. Cambridge, Massachusetts-based Biogen is developing it with Japan’s Eisai Co.

In afternoon trading, the companies’ stocks were up roughly 4%.

The stakes are high for approval or denial.

More than 5 million people in the U.S. and millions more worldwide have Alzheimer’s. Current drugs only temporarily ease symptoms and do not slow the loss of memory and thinking skills.

But approving a drug that isn’t truly effective could expose patients to financial and medical risks and give other drugmakers less incentive to develop better treatments.

The makers of aducanumab undertook two studies, each enrolling about 1,650 people with mild cognitive impairment or mild dementia from Alzheimer’s.

Those with a gene that raises their risk of the disease were started on a lower dose because they are more likely to suffer inflammation in the brain from medicines that target plaque.

But as the studies went on and concern about this side effect eased, the rules were changed to let such patients get a higher dose.

A Biogen vice president, Samantha Budd Haeberlein, said more people got the higher dose in one study, and that helps explain why it succeeded and the other one failed.

But the new analyses were done on partial results, and with methods not agreed upon at the outset, which makes any conclusions unreliable, independent experts said.

Also, the drug’s benefits may have looked more impressive than they really were because patients in the placebo group worsened more in the positive study than in the one that failed.

“It’s hard to know exactly what happened here,” said Dr. Howard Fillit, chief science officer of the Alzheimer’s Drug Discovery Foundation. “I don’t see how the FDA could approve it.”

Questions also arose about the size of any benefit.

The drug did not reverse decline, only slowed the rate of it compared to the placebo group by 22% in one study. Yet that meant a difference of only 0.39 on an 18-point score of thinking skills.

Still, Maria Carrillo, chief science officer at the Alzheimer’s Association, said it was “the largest reduction that we’ve seen to date,” adding: “It may mean that they remember their loved ones a little longer.”

The drug “is worthy of significant, rigorous exploration” and review by the FDA, she said. “This is an important moment for the Alzheimer’s community.”

Some doctors and patients who helped test the drug are convinced it helped.

One was Charles Flagg, 78, a retired minister from Jamestown, Rhode Island, who received aducanumab until the studies were halted in March. Since he was taken off the medicine, “his cognition, his alertness, his interactions have definitely diminished,” said his wife, Cynthia Flagg.

Biogen stressed the need for an effective treatment and suggested that delaying access to a drug that may work could deprive many people of help while further study is done.

“If we go down that path, we’re likely to introduce a lot of ineffective treatments for diseases that are really common,” he said. “It would be a complete mess.”

Marilynn Marchione can be followed on Twitter at http://twitter.com/MMarchioneAP

The Associated Press Health and Science Department receives support from the Howard Hughes Medical Institute’s Department of Science Education. The AP is solely responsible for all content.