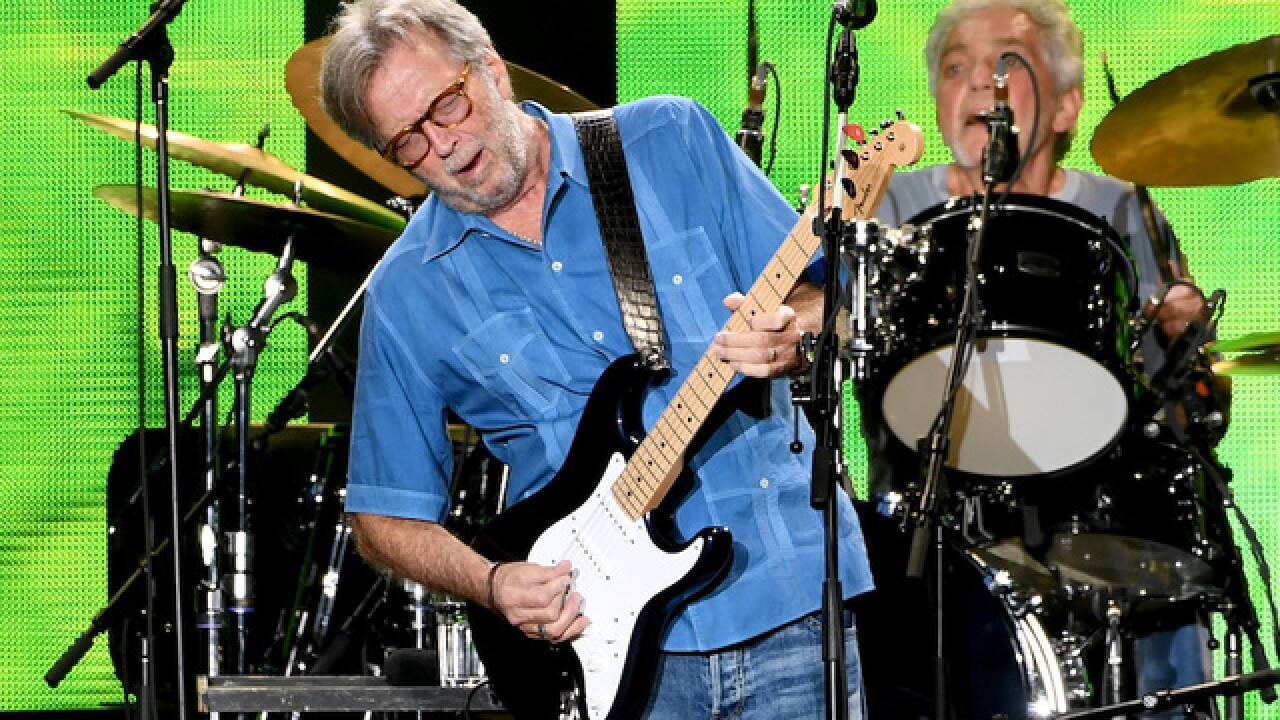 Legendary singer Eric Clapton says he is losing his hearing.

The singer, 72, told BBC 2 he plans to continuing performing live but does have concerns about how aging affects that.

"I mean, I'm going deaf, I've got tinnitus, my hands just about work," he said. "I mean, I'm hoping that people will come along and see me just because, or maybe more than because I'm a curiosity. It's amazing to myself that I'm still here."

According to the Mayo Clinic, tinnitus "is the perception of noise or ringing in the ears" and affects one in five people.

Symptoms can include buzzing, ringing, hissing, roaring and clicking in the ears.

He discussed his health in an interview with Rolling Stone published in December in which he talked about having eczema so bad while making the album that "the palms of my hand were coming off."

"It was a catastrophe, " he said. "I had to wear mittens with Band-Aids around the hands and played a lot of slide [guitar] as a result."

Clapton gave the BBC 2 interview in support of a new documentary about him, "Eric Clapton: Life in 12 Bars."

The singer said it was difficult for him to watch, but he believes it shows "there's light at the end of the tunnel."

"I think it's important to see that it's a happy ending, it's like a redemption concept," he said. "If you're going to go and see it, be prepared for a heavy ride."

CNN has reached out to representatives for Clapton for additional comment.