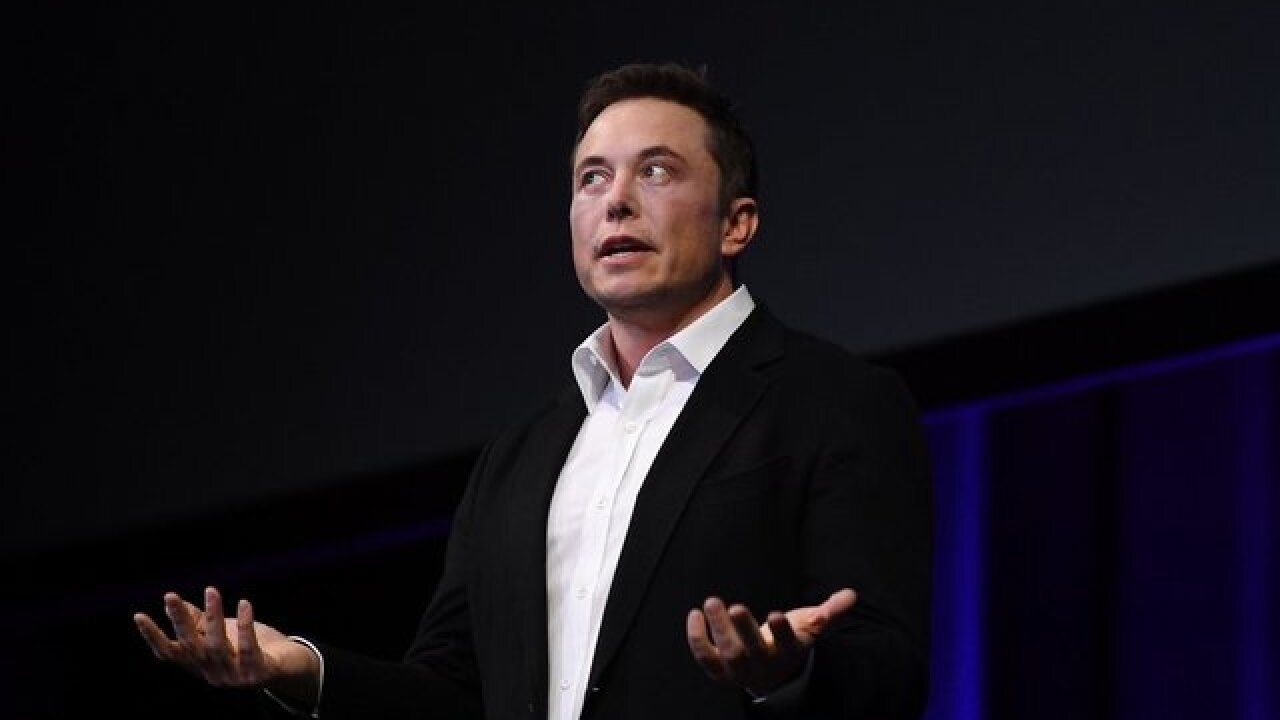 Billionaire tech entrepreneur Elon Musk shared photos and videos of a metallic pod that may help rescue a group of boys trapped in a cave in Thailand.

Musk said in a tweet Sunday evening that the pod — or "kid-size submarine" — was en route to Thailand and would arrive in about 17 hours.

"Hopefully useful," he said in one tweet. "If not, perhaps it will be in a future situation."

His updates came after US and Thai officials confirmed Sunday that four boys had been rescued from a flooded cave network after spending 15 days trapped along with their soccer team and coach. They were escorted out by a group of Thai and international divers.

Eight boys and the coach remain trapped, and the ordeal has been a closely watched news story around the globe.

Musk — who runs multiple California-based companies, including SpaceX and Tesla — said Friday that engineers on his staff would travel to Thailand to assess how they might help.

He provided sporadic updates on his efforts over the weekend. Musk said based on "feedback from Thailand," the engineers decided to build a "tiny, kid-size submarine" using a large silver tube meant to be affixed to a SpaceX Falcon 9 rocket.

Musk explained the metal tube would be "[l]ight enough to be carried by 2 divers, small enough to get through narrow gaps" in the cave, and "extremely robust." The device is also outfitted with oxygen ports and a nose cone to protect it from impact with rocks, according to Musk's tweets.

In one of the videos of testing that Musk shared, a man is seen emerging from the roughly 6-foot long metallic cylinder.

There's been no shortage of warnings in recent days about how risky the rescue attempt is -- not least the death of former Thai Navy Sgt. Saman Kunan, an ex-SEAL, who died early Friday morning due to a lack of air while attempting to return to a command center deep underground.

As of early Monday morning local time, rescue efforts were suspended in Thailand as teams restocked supplies and prepared to get the rest of the team out of the cave. CNN's Jonathan Miller reported that the eight boys and coach who remain stranded in the cave would likely have to stay put for a couple of days due to issues restocking oxygen supplies.

Meanwhile, rescuers have a dwindling window of opportunity, with forecasters predicting the return of heavy monsoon rains in the coming days, effectively sealing off the cave until October.