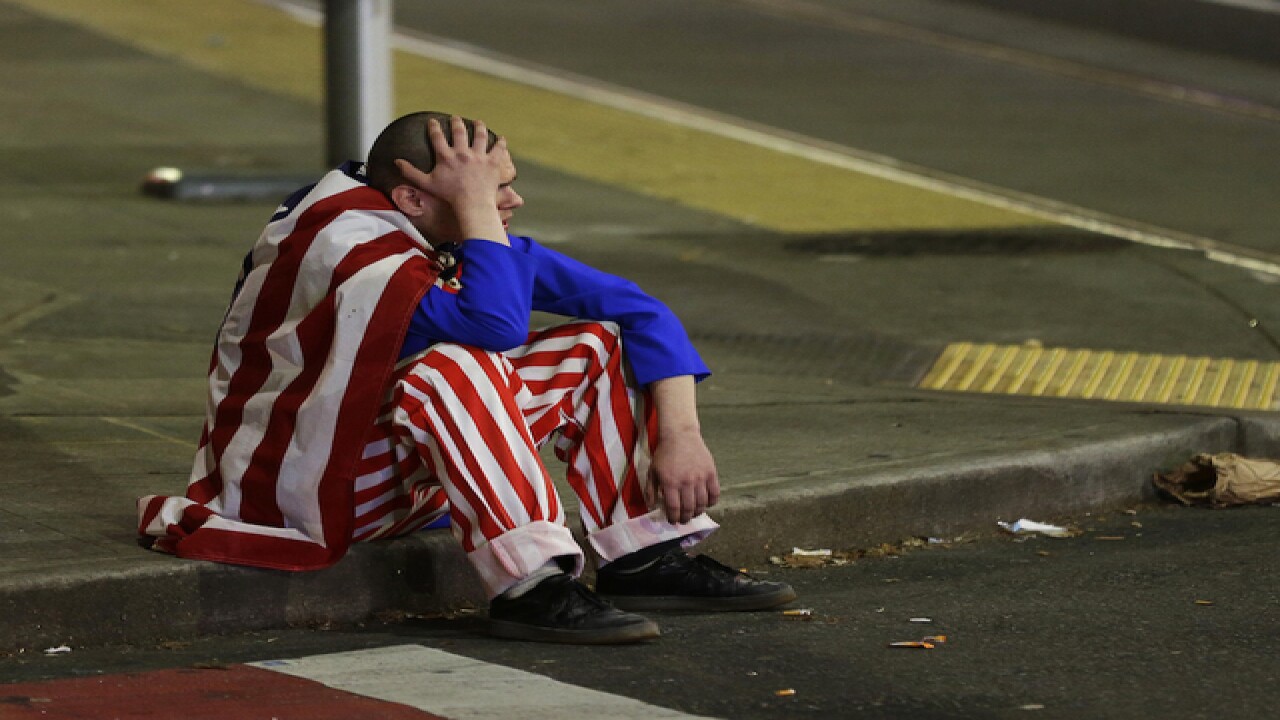 From Pennsylvania to California, Oregon and Washington hundreds of people hit the streets to voice their opposition to Trump's victory over Hillary Clinton.

Police said at least 500 people swarmed on streets in and around UCLA, some shouting anti-Trump expletives and others chanting "Not my president!"

There were no immediate arrests.

Smaller demonstrators were held at University of California campuses and neighborhoods in Berkeley, Irvine and Davis and at San Jose State.

In Oakland, more than 100 protesters took to downtown streets. KNTV-TV reported that protesters burned Trump in effigy, smashed windows of the Oakland Tribune newsroom and set tires and trash on fire.

The California Highway Patrol says a woman was struck by a car during the protest and severely injured.

In Oregon, dozens of people blocked traffic in downtown Portland and forced a delay for trains on two light rail lines. Media reports say the crowd grew to about 300 people, including some who sat in the middle of the road to block traffic. The crowd of anti-Trump protesters burned American flags and chanted "That's not my president."

In Seattle, a group of about 100 protesters gathered in the Capital Hill neighborhood, blocked roads and set a trash bin on fire.

In Pennsylvania, hundreds of University of Pittsburgh students marched through the streets, with some in the crowd calling for unity. The student-run campus newspaper, the Pitt News, tweeted about an event later Wednesday titled "Emergency Meeting: Let's Unite to Stop President Trump."