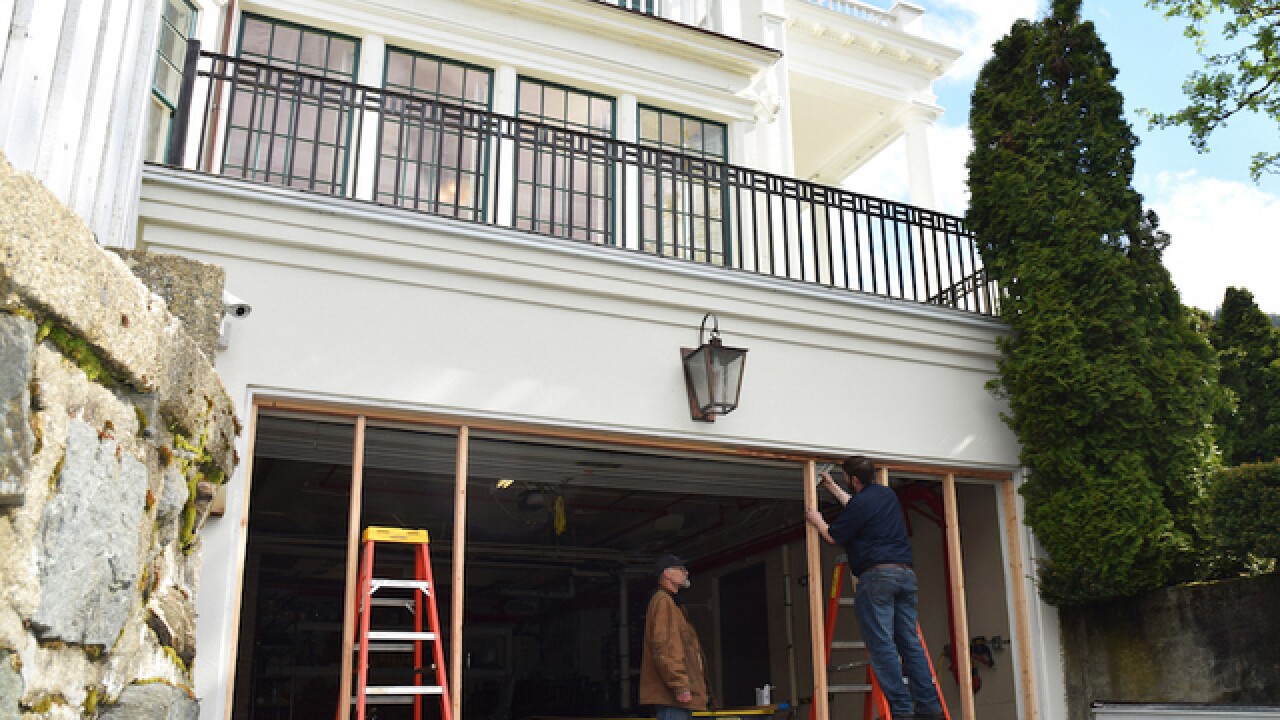 JUNEAU, Alaska (AP) — A suspected drunk driver has been arrested after his truck crashed into the Governor's Mansion, damaging the historic house.

The Juneau Empire reports that officers found the 49-year-old suspect Thursday night. The suspect and his dog were sitting in a Ford F-150 that was lodged in a construction fence outside the Capitol. The suspect told officers that he also struck the Governor's mansion.

Police say Gov. Bill Walker was home during the crash but was not disturbed. The crash damaged the mansion's garage door.

The suspect and his dog were not injured. The investigation is ongoing.