Driver hospitalized after being trapped in flipped car for 2 days 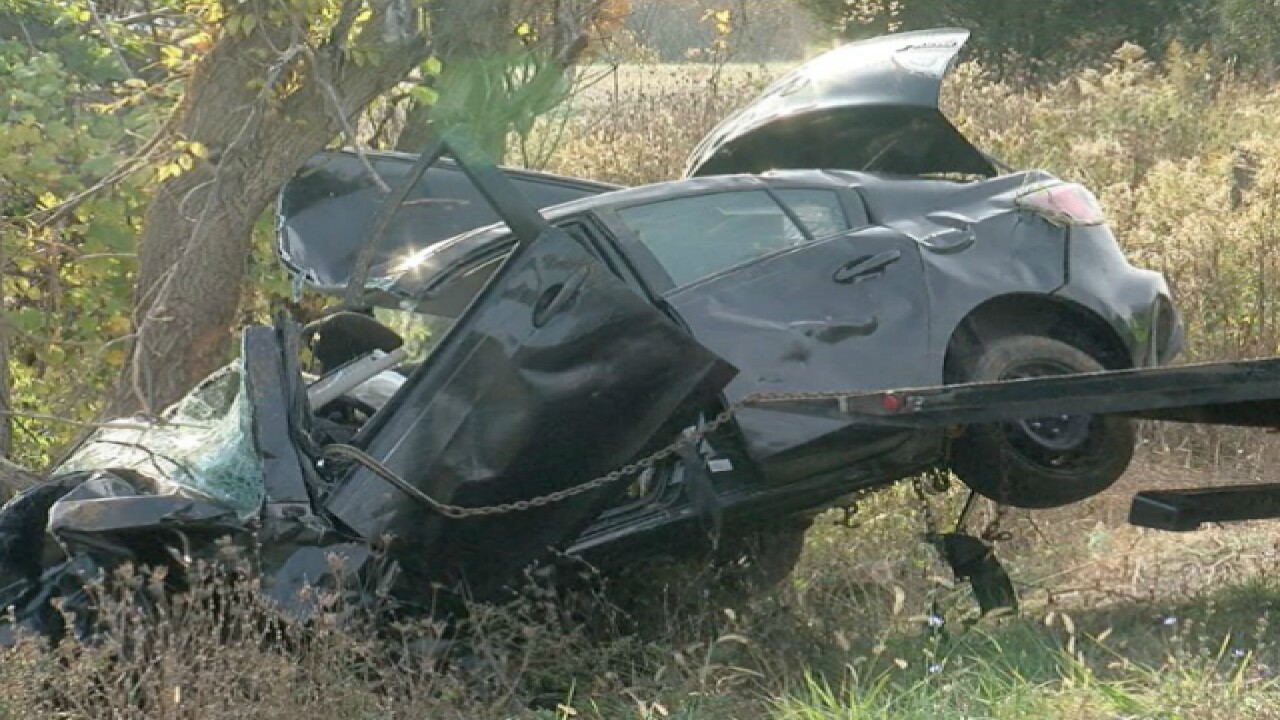 T.J. Parker | WCPO
<p>Highway troopers said 38-year-old Kory Chambers crashed his vehicle along State Route 133 in Williamsburg, Ohio, over the weekend. He remained trapped in the vehicle until an Ohio Dept. of Transportation worker found him Monday morning. He was alert and talking when he was transported by helicopter to a nearby hospital. (T.J. Parker/WCPO)</p>

A man was hospitalized Monday after highway troopers said his vehicle skidded off the side of the road in Clermont County, Ohio.

It was a crash they said went unnoticed for two days, with the driver, 38-year-old Kory Chambers, trapped inside.

An employee with the Ohio Department of Transportation was cleaning the area along Ohio 133 in Williamsburg Monday morning, Oct. 31, when troopers said that employee found the vehicle, flipped on its side.

Rescue crews retrieved Chambers, who troopers said was alert and speaking when loaded onto a medical helicopter for transport to University of Cincinnati Medical Center.

Troopers did not immediately indicate the cause of the crash.

Icherie Stair, who lives nearby, said she remembers hearing something that sounded like a crash Saturday night but, the next day, didn't find any evidence that a collision had happened.

Stair said crashes are common along the stretch of road -- a result of both infrastructure and speed, she said.

What Stair said she regrets most, though, is not looking harder to find Chambers.

"I feel awful," she told WCPO. "I feel awful that we did not at least walk on down there, but I don't know if we would have seen him because there were no lights.

No other details pertaining to the nature of the crash were immediately available.

WCPO will update this story as it develops.