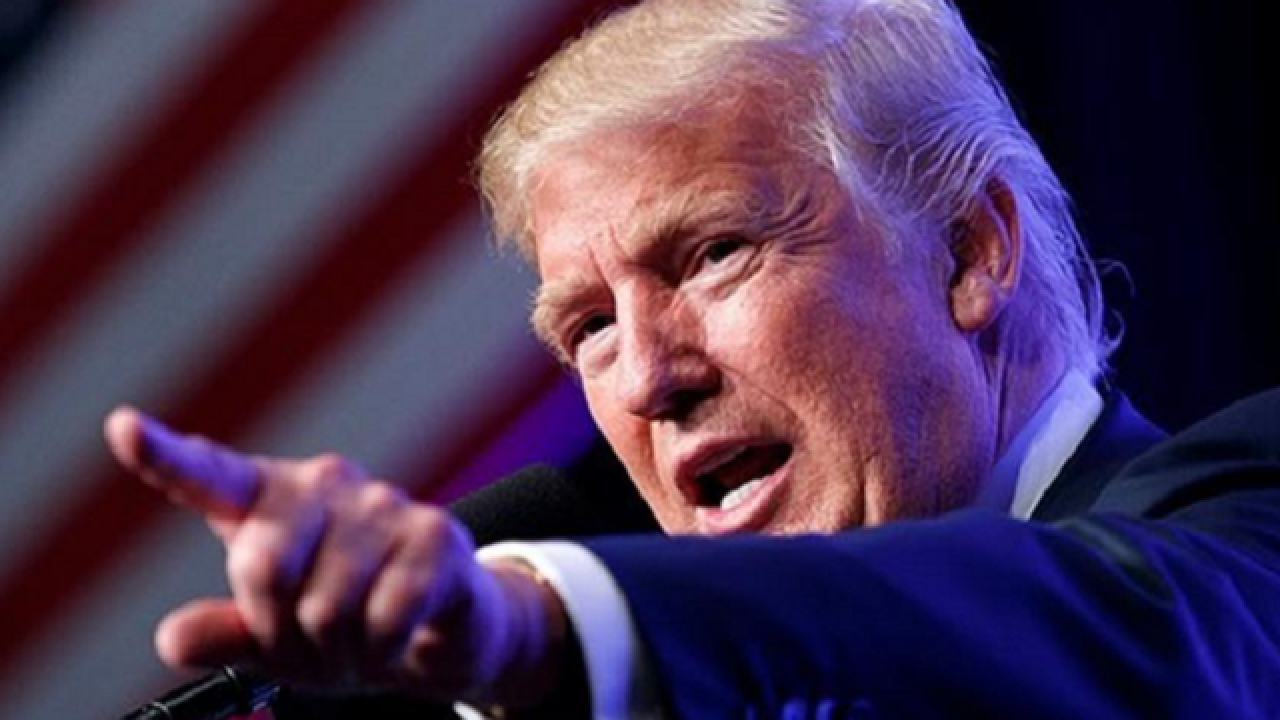 WASHINGTON (CNN) -- House Republican leaders have pulled a proposal that would gut its independent ethics panel, amid widespread criticism of the plan, multiple lawmakers tell CNN.

The decision comes less than two hours after President-elect Donald Trump criticized the timing of the vote, which was scheduled for the first day of the new congressional session.

Trump called out his fellow Republicans Tuesday for proposing to curb the powers of the independent ethics panel as their first move of the year, although the President-elect suggested the ethics panel was "unfair."

"With all that Congress has to work on, do they really have to make the weakening of the Independent Ethics Watchdog, as unfair as it ... may be, their number one act and priority. Focus on tax reform, healthcare and so many other things of far greater importance! #DTS," Trump said over two consecutive tweets.

The decision came after House Majority Leader Kevin McCarthy told reporters the vote was moving forward. He admitted he opposed the change and said he believed it should be done in a "bipartisan fashion" but said House Speaker Paul Ryan created an open process and "sometimes you win, sometimes you lose."

House Republicans voted 119-74 during a closed-door meeting in favor of Virginia Rep. Bob Goodlatte's proposal, which would place the independent Office of Congressional Ethics under the control of those very lawmakers, a move that outraged Democrats and outside ethics organizations. The full House of Representatives is expected to vote on it as part of a larger rules package up for consideration Tuesday.

Ryan defended the proposed changes, marking the first high-profile break with Trump of the new year.

"After eight years of operation, many members believe the Office of Congressional Ethics is in need of reform to protect due process and ensure it is operating according to its stated mission," Ryan said in a statement after Trump's tweets. "I want to make clear that this House will hold its members to the highest ethical standards and the Office will continue to operate independently to provide public accountability to Congress."

An aide close to Ryan familiar with the discussions tells CNN that "Ryan spoke out against the amendment and opposed it throughout. Today's statement is an explanation of what the reform means and the action the speaker is taking to protect the office's independence."

The change in rules carries the appearance of House members taking power away from the office that can investigate them for misconduct, at a time when Republicans are about to have control of two branches of government with a mandate for shaking up Washington.

The proposal would bar the panel from reviewing any violation of criminal law by members of Congress, requiring that it turn over complaints instead to the House Ethics Committee or refer the matter to an appropriate federal law enforcement agency. The House Ethics Committee would also have the power to stop an investigation at any point and bars the ethics office from making any public statements about any matters or hiring any communications staff.

And the ethics office would no longer be able to accept or investigate any anonymous reports of alleged wrongdoing by members of Congress.

Currently the ethics panel operates as an independent, non-partisan entity that has the power to investigate misconduct against lawmakers, officers and staff of the United States House of Representatives. Originally created by Congress under Nancy Pelosi's speakership in the wake of multiple lobbying scandals, it continued to act as an independent body under then-House Speaker John Boehner.

House Speaker Paul Ryan and other top GOP leaders opposed the change to ethics rules, but rank-and-file members disregarded their views and voted to approve the new structure for ethics reviews going forward, according to a senior House GOP leadership source familiar with the closed-door discussion.

Members of both parties complain that panel often takes up matters based on partisan accusations from outside groups with political motivations, and once they launch a probe members have to mount expensive defense campaigns.

In contrast to Trump's tweet, his close aide Kellyanne Conway appeared supportive of the move in Tuesday television interviews.

"If a constituent has a complaint, they can still lodge that complaint," Conway told NBC's "Today" show, adding that she hadn't spoken with Trump on this issue specifically. "They just can't do it anonymously. And many of these people -- members and their staffers who have been under investigation -- they have complained about their due process rights being violated and compromised. They need protections, as well."

"Republicans claim they want to 'drain the swamp,' but the night before the new Congress gets sworn in, the House GOP has eliminated the only independent ethics oversight of their actions. Evidently, ethics are the first casualty of the new Republican Congress," she said in a statement Monday following the vote.

Goodlatte defended his proposal in the wake of the outrage Monday evening, telling CNN that the move "will make sure that work is properly done," but "will also make sure that people who are wrongly charged have an opportunity to protect themselves."

"There should be no entity in the entire federal government that doesn't have review by some committee of the Congress so that's all it sets up is oversight," he said. "It still has its designated statutory responsibilities. It has some new rules that it has to follow but it still is empowered to take complaints from individuals as it was intended to do and investigate those complaints but every agency of the government whether it's executive, legislative or judicial should have a committee that reviews it's work."

GOP Rep. Hal Rogers, the Appropriations Committee chairman, told reporters he backed the proposal because "it's the right thing to do."

Rogers said there were "numerous examples" of members "who were falsely accused by this group who had to spend a fortune to get their good name restored so I think there's been an abuse."

Outside ethics group point to the ethics panel as the only real entity policing members and argue its independent status and bipartisan board are an appropriate way to oversee investigations.

"Gutting the independent ethics office is exactly the wrong way to start a new Congress," said Chris Carson, spokesperson for League of Women Voters, in a statement. "This opens the door for special interest corruption just as the new Congress considers taxes and major infrastructure spending."

Norman Eisen and Richard Painter, of the Citizens for Responsibility and Ethics in Washington, a nonprofit watchdog group, said the ethics office "has played a critical role in seeing that the congressional ethics process is no longer viewed as merely a means to sweep problems under the rug."

"If the 115th Congress begins with rules amendments undermining (the ethics office), it is setting itself up to be dogged by scandals and ethics issues for years and is returning the House to dark days when ethics violations were rampant and far too often tolerated," they said in a Monday night statement.

This story has been updated.