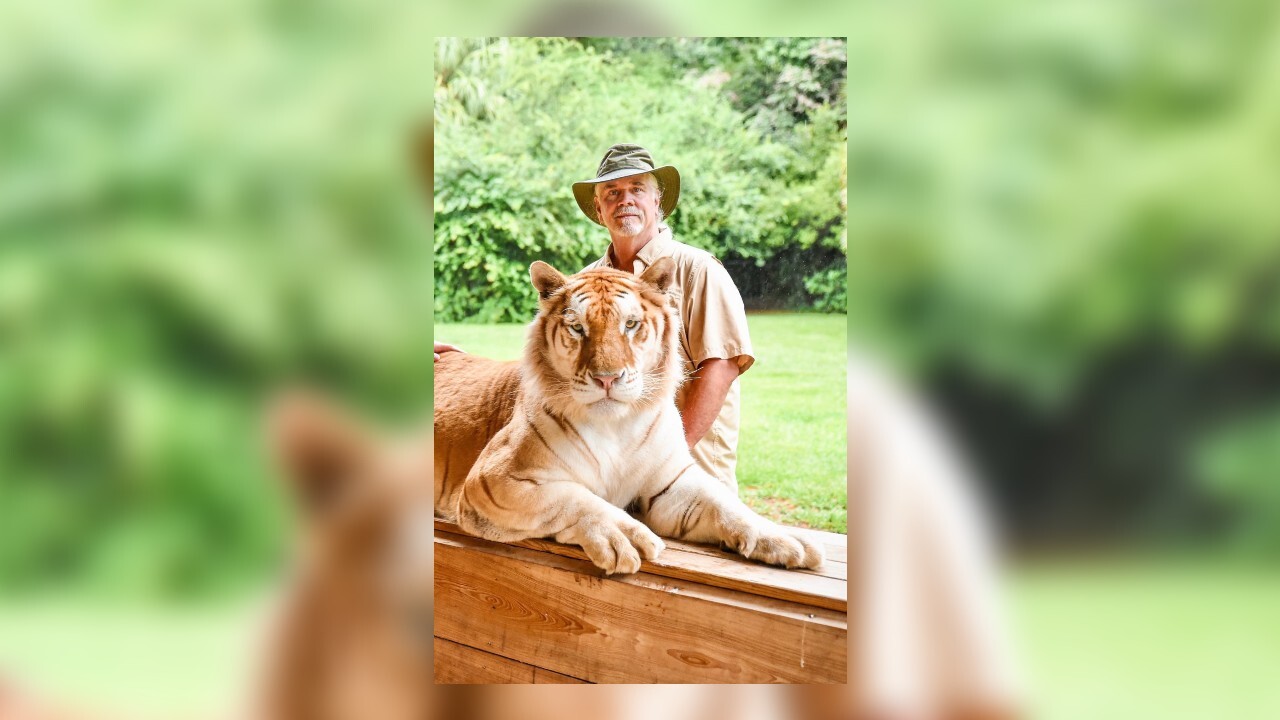 Doc Antle via Twitter
One of the stars from Netflix's "Tiger King," "Doc" Antle, was indicted in Virginia for trafficking in wildlife, the attorney general announced Friday.

One of the stars from Netflix's "Tiger King," Bhagavan "Doc" Antle, was indicted in Virginia for trafficking in wildlife, the attorney general announced Friday.

Herring said Antle and Wilson trafficked lion cubs between Virginia and South Carolina, which led to their indictments.

Herring said investigators looked into the relationship between Antle and Wilson's Wild Animal Park owner Keith A. Wilson and found that they trafficked lion cubs between Virginia and South Carolina.

That investigation led authorities to seize 119 animals, including tigers, bears, and camels in August 2019 from Wilson's "roadside zoo" in Winchester, Virginia.

In Nov. 2019, Wilson and his nephew Christian Dall'Acqua were indicted on 46 counts of animal cruelty. Wilson's case has been set for June 21, and Dall'Acqua's trial is set for June 25, 2021.

Two of Antle's daughters, Tawny Antle and Tilakum Watterson, were charged with violating the endangered species act and face misdemeanor counts of cruelty to animals.