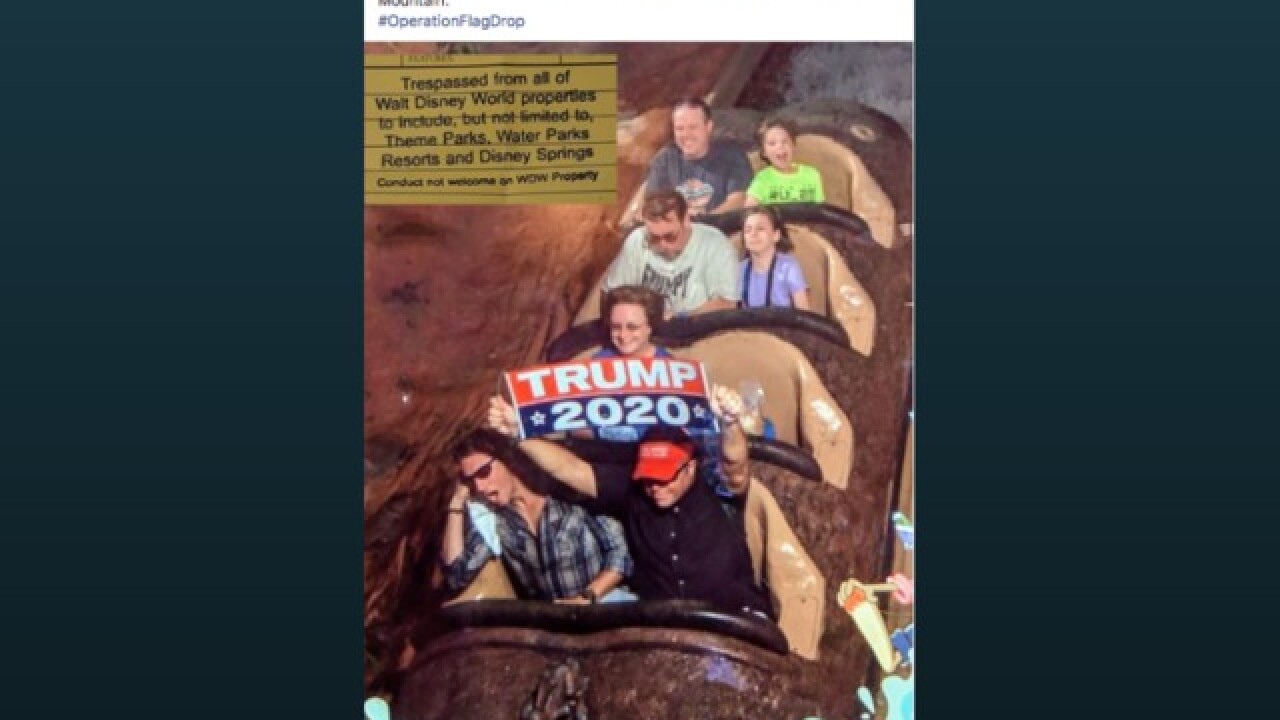 A man who held up a "Trump 2020" sign while riding Splash Mountain at Disney World says he has been banned from the park for life.

Dion Cini of New York City donned a "Make America Great Again" visor and strategically held up a "Trump 2020" banner so it would show up in the on-ride photos that are available for purchase near the exit of Splash Mountain.

NBC News reports that Cini was later told that he has been permanently prevented from visiting its parks.

Disney told NBC that it wasn't the content of Cini's sign that resulted in the ban but the fact that he held up a sign "to incite a crowd."

Disney World's park rules state that "unauthorized events, demonstrations or speeches, or the usage of any flag, banner or sign for commercial purposes, or to incite a crowd" as among its prohibited activities.

Cini posted a picture of his ride photo, along with what appears to be a ticket documenting his ban from the parks on Facebook