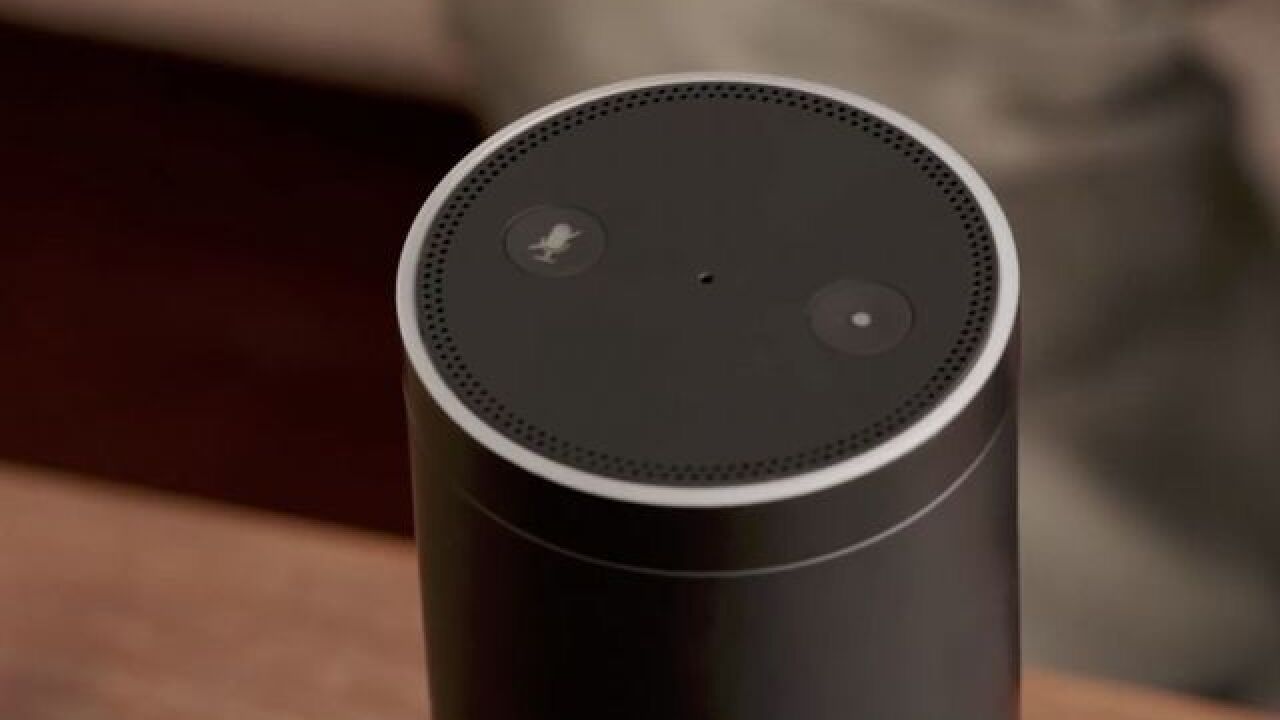 (CNN) — Amazon is pushing back against an Arkansas prosecutor's demand for information from a murder suspect's Echo smart speaker, setting up another legal battle over investigators' quest for technology-based evidence and American privacy rights.

Bates' defense attorney, Kimberly Weber, says there is nothing useful on the device and applauds Amazon for protecting her client's privacy. Bates, who was arrested in February on suspicion of first-degree murder, is presently free on a $350,000 bond. A discovery hearing in his case is scheduled for March.

The 2015 mass shooting in San Bernardino, California, pitted Apple, which built the shooters' mobile phone, against the FBI, which wanted the tech giant's help cracking the device's PIN code. The trial of Justin Ross Harris, the Georgia dad convicted of leaving his young son in a hot car to die, regularly delved into texts, Google searches and Reddit posts.

Attempting to mine a smart speaker for information may be a first, though.

Joel Reidenberg, the founding academic director for Fordham University's Center for Law and Information Policy, told CNN it's the first such case he's seen, but he isn't surprised that smart speakers are already the subject of a court battle.

While some might argue that voice technology such as Echo, Siri or Google Home, which assist users with queries and tasks, come with a different expectation of privacy than, say, social media postings or Internet searches, Reidenberg said he feels such an attitude is naive.

"I think Amazon is likely going to lose that motion if it goes up the chain of appellate courts," he said.

According to Amazon, Echo works by constantly listening for the "wake word" -- "Alexa" or "Amazon," by default -- and then records your voice and transfers it to a processor for analysis so that it can fulfill requests or answer questions. The recordings are streamed and stored remotely, and can be reviewed or deleted over time, Amazon says.

"How is that any different from you sitting at your keyboard typing?" Reidenberg asked.

The Amazon Echo entered the November 2015 murder case because someone present on the night of Collins' death allegedly recalled hearing music streaming through the device that evening.

Bates had invited two friends -- one of them former Georgia police officer Victor Collins, 47 -- over to his Bentonville home, where they watched college football, drank beer and shot vodka, according to the search warrant affidavit filed in Benton County Circuit Court. The men decided to get into Bates' hot tub and Bates said he went to bed around 1 a.m. When he awoke in the morning, Collins was floating face-down in the hot tub, the affidavit says.

Bates' attorney, Kimberly Weber, says Collins was Bates' friend, and his death was a tragic accident, possibly stemming from his drinking. Collins' blood-alcohol content at the time of death was .32, four times the legal limit to drive in Arkansas, she said.

"It's not a murder at all. It's an accident," she said, adding that she feels calling the case against her client circumstantial would be giving it too much credit.

Investigators contend in the affidavit there were signs of a struggle, including injuries to Collins and Bates, a broken shot glass, dried blood inside the home, and indications the patio and hot tub had been hosed down before police arrived.

Another smart device, Bates' water heater, points to an exorbitant amount of water being used in the early-morning hours, in what investigators believe was an attempt to cover up a crime, the affidavit says.

Smith, the prosecutor, told CNN that the data the Echo captured on the night of Collins' death could provide clues as to what happened.

His office made two attempts to obtain the data from the Echo, but Amazon refused both times. The company declined to comply with a search warrant, he said.

Investigators have routinely obtained warrants for suspects' phones, computers, even their blood, he said, so "there's not a rational or legal reason that we shouldn't be able to search that device."

"Amazon will not release customer information without a valid and binding legal demand properly served on us," it said in a statement. "Amazon objects to overbroad or otherwise inappropriate demands as a matter of course."

The company's representatives did not respond to a follow-up email asking why Amazon did not feel the search warrant constituted a valid legal demand.

The attorney also noted that the documentation that comes with the Echo states that Amazon cannot guarantee that "its functionality or content ... is accurate, reliable, or complete." To try to enter an Echo's recordings as evidence is "crazy," given the disclaimer, she said. Not that she's terribly worried.

"There's nothing on the Amazon Echo that will hurt us," Weber said. "We're not fearful of anything being provided, if Amazon does indeed respond."

Weber is adamant in her assertion that devices like the Echo are designed to make life easier around the home and "shouldn't be used against you." While Fordham's Reidenberg understands the sentiment, he expects attitudes to change as the devices become more ubiquitous. We've already witnessed it with mobile phones, he said.

"We haven't yet seen, but we will see, the same kind of things happening with these voice-activated home devices," he said, predicting the content of smart speakers will soon be regularly featured in divorce cases. "These are the perfect surveillance devices, if they aren't treated with care."

Another question, he said, is how a device that's "always listening" processes what it hears. Sure, Amazon says the Echo records only after users utter the wake word, but, Reidenberg asks, will that always be the case?

"That could change tomorrow," he said. "That's just today's architecture for it."

The Electronic Privacy Information Center has long been concerned about "always-on" devices and wrote in a July 2015 letter to the US Justice Department that such machines are "increasingly prevalent in the 'Internet of Things," the term used for the networking of common, everyday objects, allowing them to send and receive data.

"Americans do not expect that the devices in their homes will persistently record everything they say," EPIC warned the Justice Department. "By introducing 'always on' voice recording into ordinary consumer products such as computers, televisions and toys, companies are listening to consumers in their most private spaces.

"It is unreasonable to expect consumers to monitor their every word in front of their home electronics. It is also genuinely creepy."