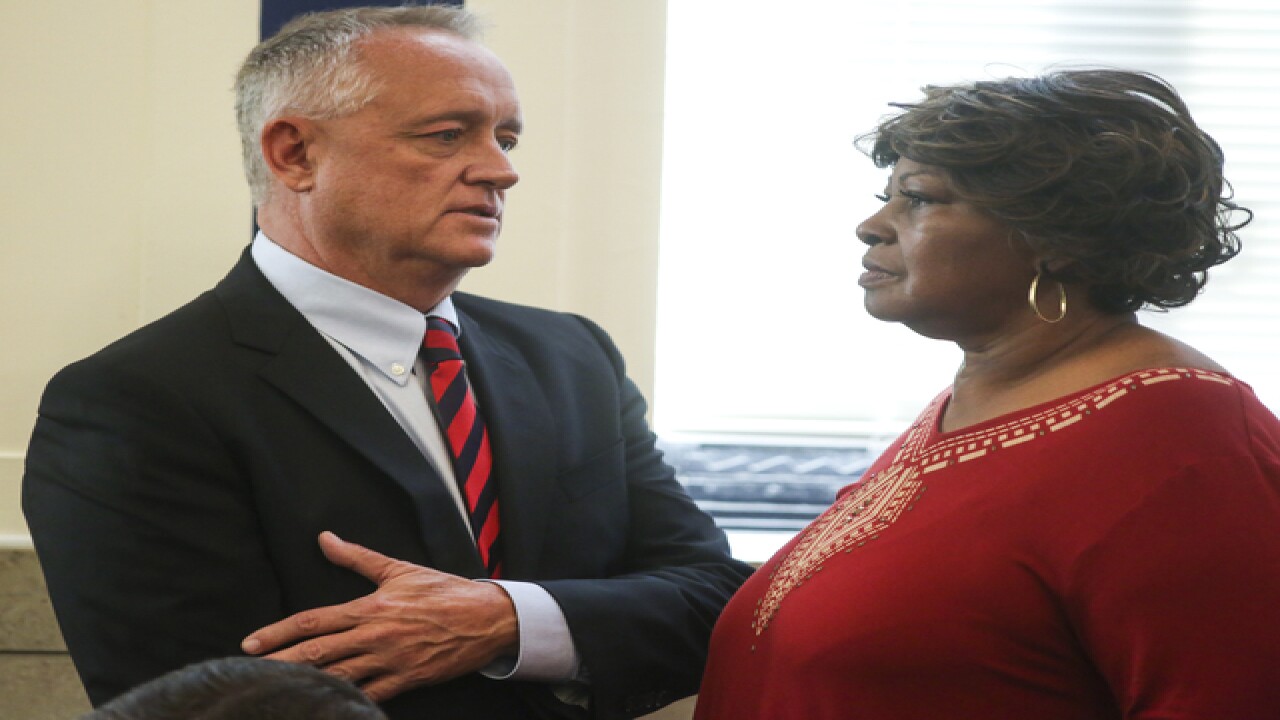 Copyright 2018 Scripps Media, Inc. All rights reserved. This material may not be published, broadcast, rewritten, or redistributed.
Carrie Cochran
Hamilton County Prosecutor Joe Deters, talks to Audrey DuBose, the mother of Sam DuBose, in the courtroom of Common Pleas Judge Megan Shanahan in the Hamilton County Courthouse Tuesday, November 1, 2016. Ray Tensing, the former University of Cincinnati police officer, is charged with murder in the shooting death of Sam DuBose.

CINCINNATI — When jurors in the trial of a Cincinnati police officer's murder trial took their first "straw poll" during deliberations, they unanimously agreed that Ray Tensing should be found guilty of murder.

"Where they were initially and where they ended up was remarkably different," Deters said. "I talked to jurors and I learned a lot. It's been helpful. It's been very helpful."

How jurors went from unanimously agreeing on a murder conviction in their straw poll to being unable to reach a verdict on any charge is unclear, Deters said. A straw poll is an unofficial vote taken to obtain an indication of the general trend of opinion on a particular issue.

Deters is in the process of deciding whether or not to retry Tensing for murder and/or voluntary manslaughter for the July 2015 death of Sam DuBose on the campus of the University of Cincinnati.

Deters needs to decide before Nov. 28 whether or not he will retry Tensing. He also has the option to bring different charges against Tensing, but he told Cunningham he wouldn't do that.

"So you're definitely not changing charges?" Cunningham asked.

"No," Deters replied. "Because it doesn't match the facts.

"I don't know if you're familiar with this, but we have video of the whole thing. He said he deliberately shot (DuBose) in the head. That's not negligent, that's murder."