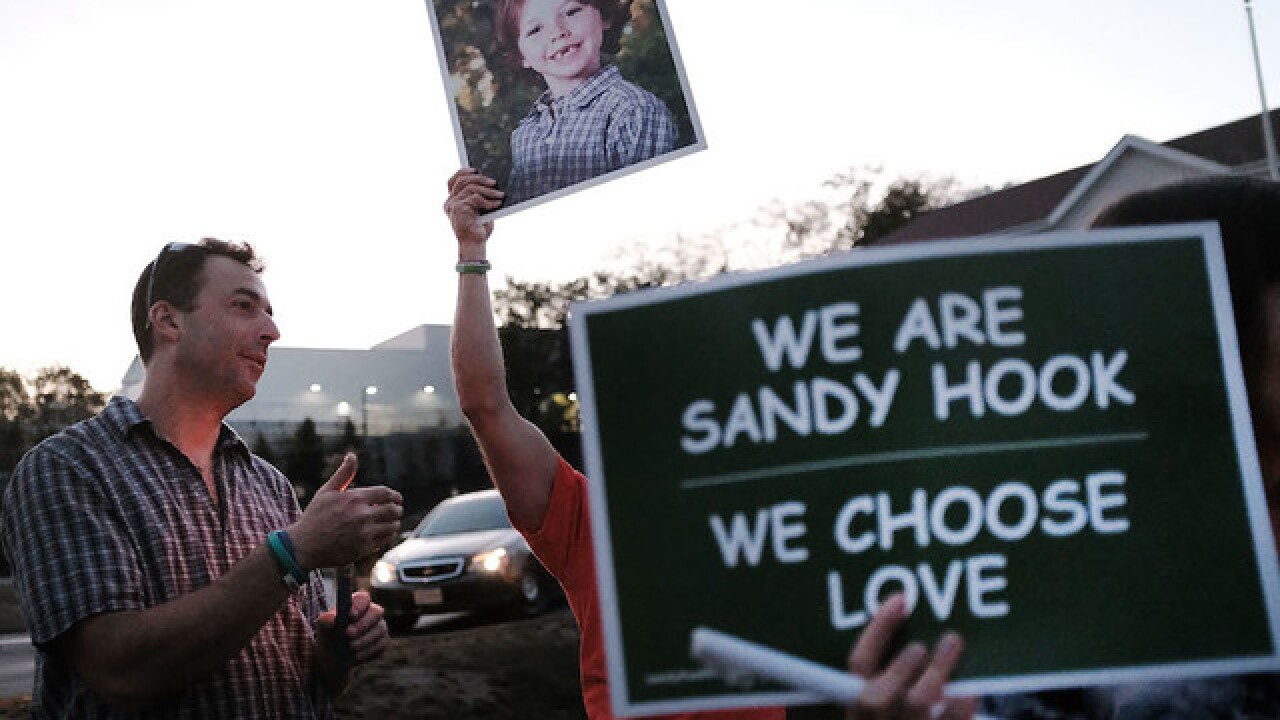 Copyright Getty Images
Spencer Platt
<p>NEWTOWN, CT - OCTOBER 04: Mark Barden holds up a picture of his son Daniel who was killed in the Sandy Hook masracre during a vigil remembering the 58 people killed in Sunday's shooting in Las Vegas and calling for action against guns on October 4, 2017 in Newtown, Connecticut. The vigil, organized by the Newtown Action Alliance, was held outside the National Shooting Sport Foundation and looked to draw attention to gun violence in America. Twenty school children were killed at the Sandy Hook Elementary School shooting on December 14, 2012. (Photo by Spencer Platt/Getty Images)</p>

NEWTOWN, Conn. (AP) -- A committee in Connecticut has chosen a design for a permanent memorial to honor the 26 people killed in the 2012 shooting at the Sandy Hook Elementary School.

The Newtown-based group chose a design by San Francisco-based architecture and design firm SWA, featuring a coiling wooded walkway leading to a sycamore tree planted in the middle of a small man-made reflecting pool.

Alan Martin, the vice chairman of the Sandy Hook Permanent Memorial Commission says the design was picked from almost 200 submitted and received overwhelming approval from the victims' families.

The commission will formally vote Thursday to recommend the design to the town's board of selectmen.

Martin says plans are for the memorial, on a donated 5-acre site near the elementary school, to be dedicated on Dec. 14, 2019, the seventh anniversary of the shooting.