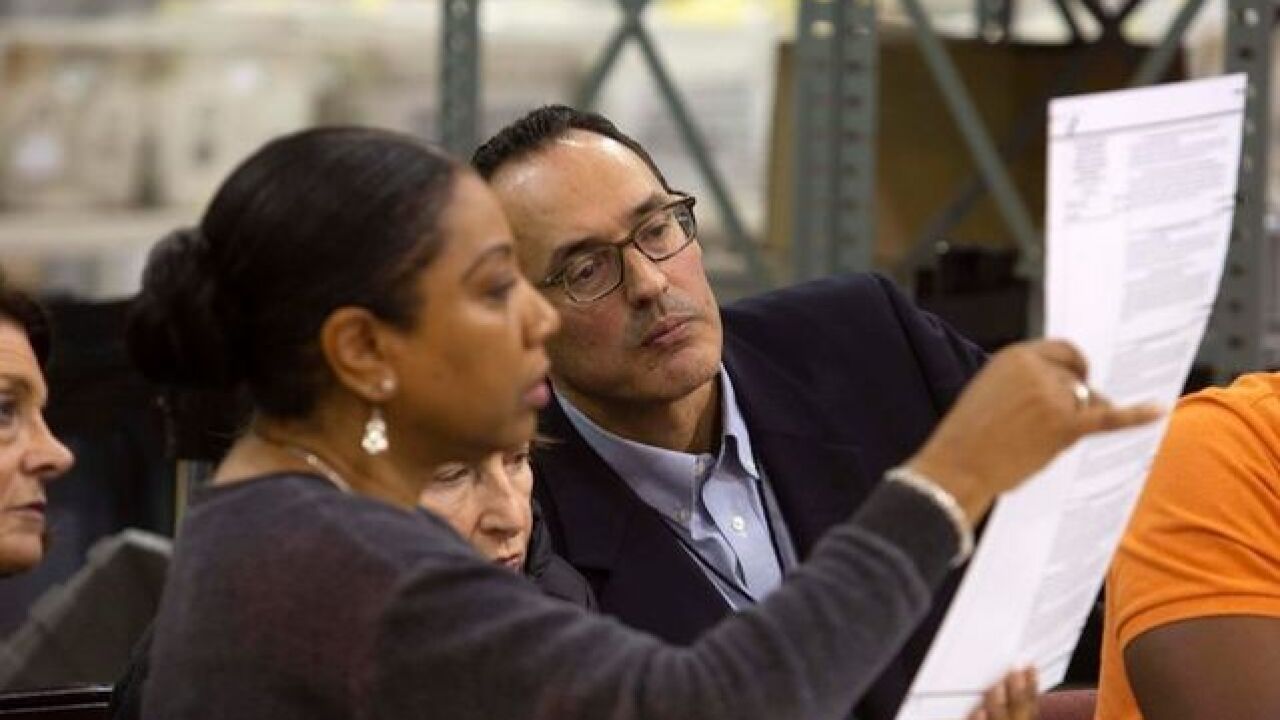 Image copyright 2018 Getty Images. All rights reserved. This material may not be published, broadcast, rewritten, or redistributed.
Saul Martinez
<p>Volunteers look at ballots during a hand recount at the Supervisor of Elections Service Center on November 18, 2018 in Palm Beach, Florida. </p>

Scott announced the concession in a statement, saying, "I just spoke with Senator Bill Nelson, who graciously conceded, and I thanked him for his years of public service."

Nelson will make a statement at 3 p.m. ET on Sunday, his campaign announced.

The concession brings to conclusion a key Senate race that continued to be fought well after Election Day.

The Senate race -- along with the governor's and state's race for agriculture commissioner -- went to a machine recount a week ago, but the recount did not do nearly enough for Nelson and further formalized Scott's more than 12,000-vote lead. The contest still fell within the .25% standard for a manual recount of overvotes and undervotes, however.

Nelson conceded after the noon deadline for the manual recount, when all of Florida's 67 counties were required to submit their final vote totals to the secretary of state, meaning every vote deemed admissible by county canvassing boards and the courts had been officially counted.

The results of the recount showed Scott with a vote lead of 10,033 over incumbent Nelson. Before the completion of the manual recount, Scott had a lead of 12,603 votes.

Nelson's concession comes a day after Tallahassee Mayor Andrew Gillum ended his campaign for governor by acknowledging that Republican Ron DeSantis had defeated him. The concession was a blow to Nelson, given the two top Democrats had figuratively stood together in calling for every legal vote cast in Florida to be counted. Gillum's bowing out was an acknowledgment that many Democrats in the state believe the fight is over.