Trump says he was surprised by Ryan's rebuff 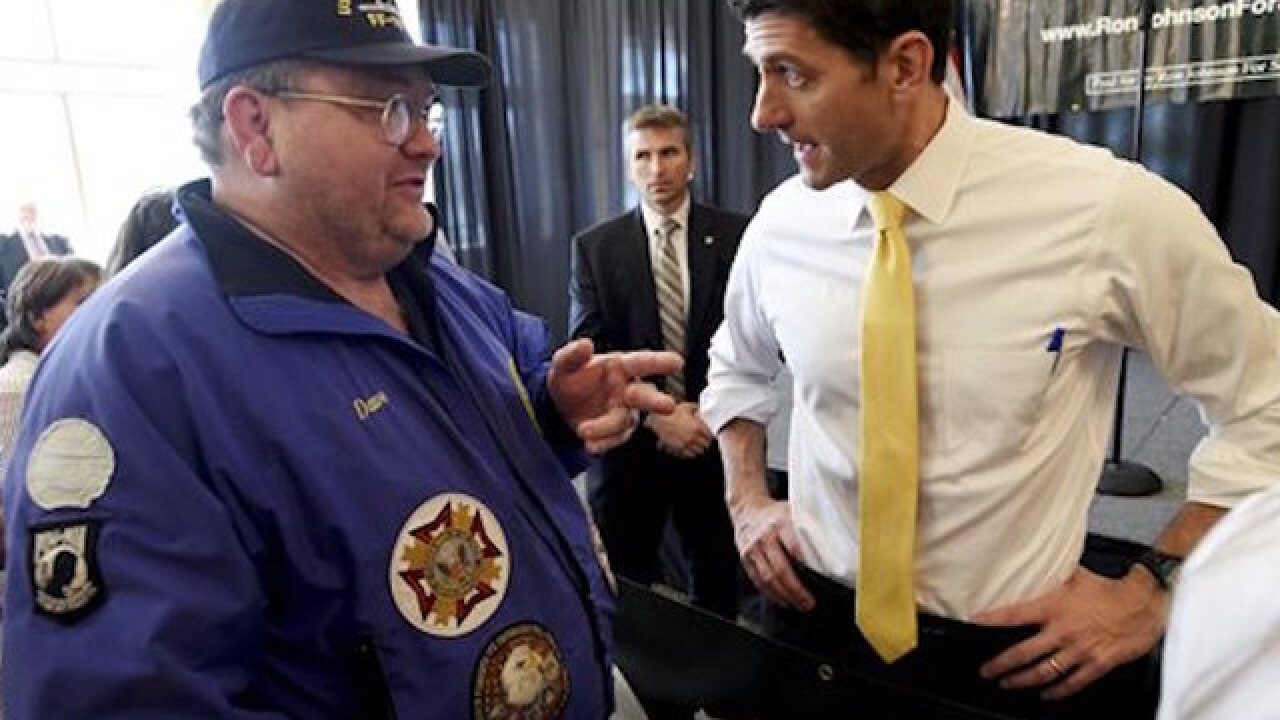 WASHINGTON (AP) — Donald Trump said Friday he was surprised by House Speaker Paul Ryan's rebuff of him as the presumptive Republican presidential nominee.

"He talks about unity but what is this about unity?" he said in a nationally broadcast interview. "With millions of people coming into the party, obviously I'm saying the right thing."

Ryan's declaration that he wasn't yet ready to embrace Trump sent shockwaves through the very Republican establishment that the New York billionaire is asking for help as he transitions from the primary season to a general-election campaign, most likely against Democrat Hillary Clinton.

"I was really surprised by it," Trump said in a phone-interview with Fox News Channel's "Fox & Friends." He added: "It's not a good thing. It's something the party should get solved quickly."

Trump also took a swipe at Ryan's own failed bid for the White House when Ryan ran as Mitt Romney's No. 2 in 2012.

"That was a race that should have easily been won," Trump said. "That was an easier race than we have this year."

Trump says he will meet with Ryan, R-Wis., next week, possibly as early as Wednesday. As for choosing a running mate, Trump would say only that the person will not be a Democrat. He had indicated earlier this week following his win in the Indiana primary that he would likely settle on a political person with Washington experience — someone who could help him get legislation through Congress.

"I'm going to pick a Republican and we'll have a tremendous victory," Trump said Friday, noting he was particularly pleased to have the backing of former 2016 presidential campaign rival Rick Perry of Texas.

When asked about backing Trump, Ryan told CNN on Thursday: "I'm not there right now," although he hoped to be eventually. "I think what is required is that we unify this party," Ryan said.

RNC officials sent a draft of a joint fundraising proposal to the Trump campaign on Thursday that details how they would divide donations between the campaign, the national committee, the national convention committee and several state parties. The agreement, standard practice in modern-day campaigns, is expected to be finalized in the coming days.

Trump on Thursday named a finance chairman, Steven Mnuchin, a private investor with ties to New York and Hollywood who has never led a major political fundraising team. Many major GOP donors have never heard of him — or even know how to pronounce his name (muh-NOO-chihn). Like his new boss, Mnuchin has a record of giving both to Republicans and Democrats, including Democrat Hillary Clinton during her 2008 presidential run.

The divisiveness within the top echelons of the party sends an unmistakable signal to Republican fundraising networks, which include most of the GOP's best-connected donors.

"You might have a lot of these donors sit on the sidelines," said Spencer Zwick, who led Romney's fundraising efforts and now serves as Ryan's national finance chairman.

Trump has not yet ruled out accepting public financing for his general-election effort. Taking public money would dramatically limit how much he can spend this fall.

The billionaire acknowledges he would have to sell some of his holdings to muster the hundreds of millions of dollars for a general-election bid, something he says he doesn't necessarily want to do.

Meanwhile, Ryan is positioning himself to play a central role in helping to protect vulnerable House and Senate candidates heading into the general election. The speaker has long been working on an "agenda project" that could give Republicans something to run on independently from their presidential nominee.

"He's constantly out there talking about his agenda," Zwick said of Ryan, adding: "Many people aren't sure what the Trump agenda is yet."

Trump and Ryan have publicly clashed in the past. Ryan rebuked Trump for plans to bar Muslims from the country and when he was slow to disavow former Ku Klux Klan leader David Duke. Trump told a crowd in South Carolina in February that Ryan doomed the GOP presidential ticket four years ago by saying entitlement programs need reform.

Ryan acknowledged the mogul had "tapped into something in this country that was very powerful. And people are sending a message to Washington that we need to learn from and listen to."

"But at the same time, now that we have a presumptive nominee who is going to be our standard-bearer, I think it's very important that there's a demonstration that our standards will be beared," Ryan said.