Clinton pushes to lock up nomination 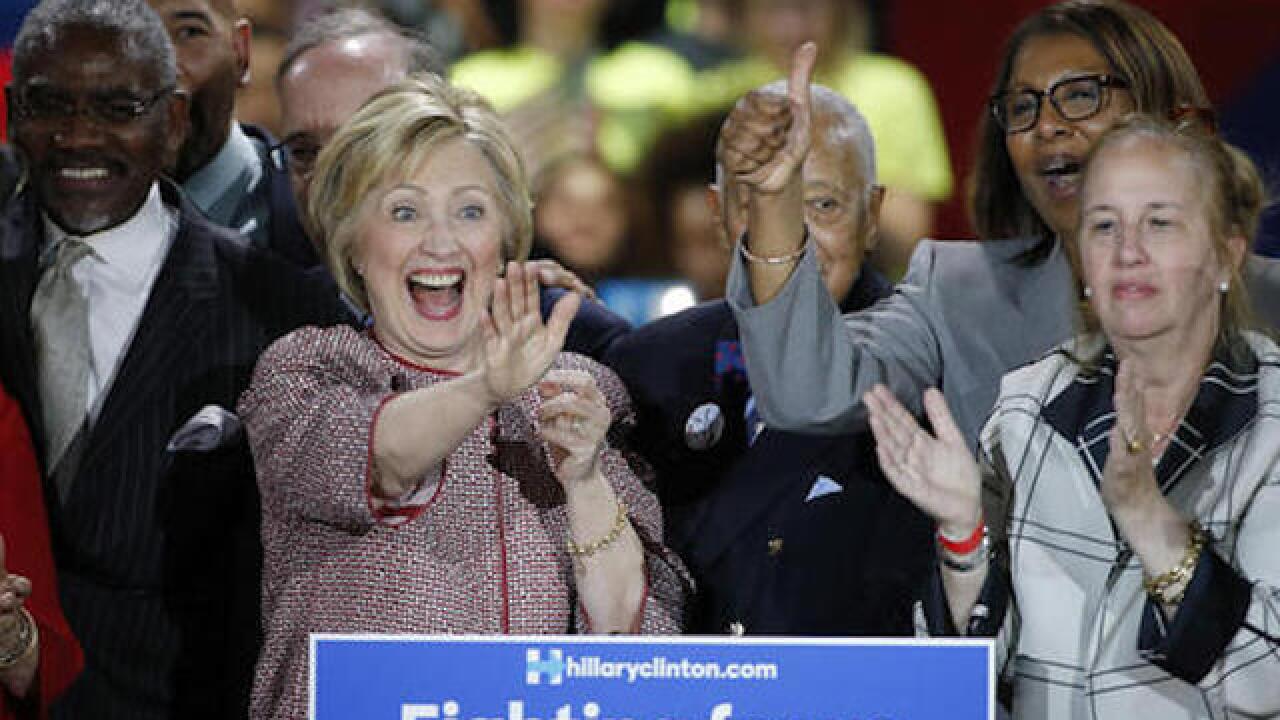 WASHINGTON (AP) — With her New York win, Hillary Clinton's support among superdelegates puts her on a solid track to clinch the Democratic nomination outright before the national convention — even before results are known from the California primary, which Bernie Sanders was counting on winning to stand a chance.

Clinton added 33 new endorsements from superdelegates over the past month, according to a new Associated Press survey, expanding her already overwhelming support among the party officials who can back any candidate they choose, despite Sanders' recent string of victories in Wisconsin and the West. Sanders picked up just seven endorsements.

Based on primaries and caucuses alone, the latest AP delegate count, including New York, shows that Clinton leads, 1,428 to 1,151. Including superdelegates, the race stands at 1,930 to 1,189, for Clinton.

Looking at just superdelegates, Clinton has 502, while Sanders has 38.

Sanders must now win 73 percent of the remaining delegates and uncommitted superdelegates to get the nomination. It takes 2,383 to win.

But after Sanders' loss in New York, if Clinton does as well as expected in next week's primaries in the Northeast, she's certain to clinch the nomination with superdelegate help with the New Jersey primary on June 7, whose polls close three hours ahead of California that same day. Clinton will need to split contests fairly evenly with Sanders in May, which include Indiana and Oregon.

Stronger wins in upcoming states — or a wave of new superdelegate support for Clinton — will move that date up sooner.

Responding to the disparity in superdelegate support, the Sanders campaign acknowledged Wednesday it hadn't been able to fully make the case to the party establishment that Sanders would be a stronger candidate in a general election, leaving the door open for reassessment of his candidacy in the coming weeks. The campaign previously has insisted Sanders would remain in the race through the convention.

"The contribution that Bernie is making in bringing independents and young people into the process is invaluable, so there's no reason to shortchange the party by not letting him go all the way to California," said Sanders senior strategist Tad Devine. But he added: "We'll take a step back and then decide publicly what his intentions are."

There are 714 superdelegates — party officials, governors and members of Congress who make up 30 percent of the delegates needed to clinch the Democratic nomination. After Sanders won seven of the last eight contests before Tuesday's primary in New York, the AP surveyed many of those who had not yet committed. There are still 174 superdelegates yet to publicly endorse.

"On the facts of being prepared to take this job, to me she's the best of the whole group and has the ability to know how to deal with all types of situations based on her experience," said Texas superdelegate Garnet Coleman.

He said he hopes the Clinton campaign would incorporate some of Sanders' proposals, such as seeking to reduce the cost of college in her policy platforms, as a way of bringing together the Democratic party.